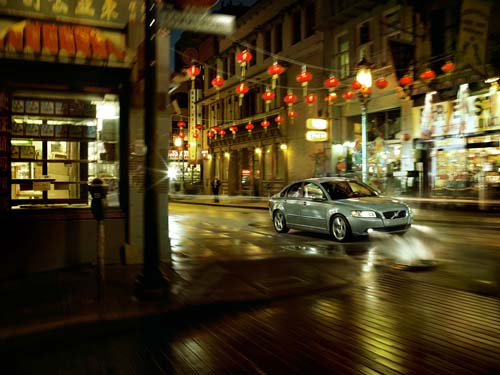 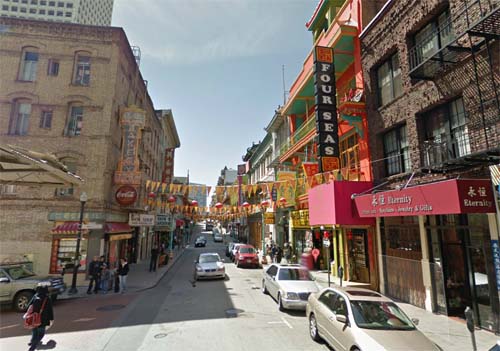 Grant Avenue is one of the oldest streets in Chinatown. Originally, it was named Calle de la Fundacion (street of the founding) in 1845 in the pueblo of Yerba Buena. When California was ceded to the Union in 1846, the street was renamed Dupont Street, honoring an admiral from the USS Portsmouth. By the late 1800s, the street had gained an unsavory reputation being part of the Barbary Coast Trail along with Tong wars, sing-sing girls, and opium dens. After the 1906 earthquake, Dupont Street was upgraded and its image changed. It was changed to Grant Avenue to honor President Ulysses S. Grant, the 18th president of the United States. Some older members of the Chinese community still call it “Du Pon Gai”. Gai means “street” in Chinese.

Today, Grant Avenue at Bush Street houses the southern gateway to Chinatown. Stepping through the gateway is like walking into a whole new world. The street is lined with dragon-entwined lamp posts and calligraphy street signs. Shops filled with food, herbs, porcelains, furniture, fabrics, and trinkets from China, Hong Kong, and Taiwan. The architecture along Grant Avenue varies widely from Old St. Mary’s to the Sing Chong Building. Chinatown officially ends at Broadway Street. 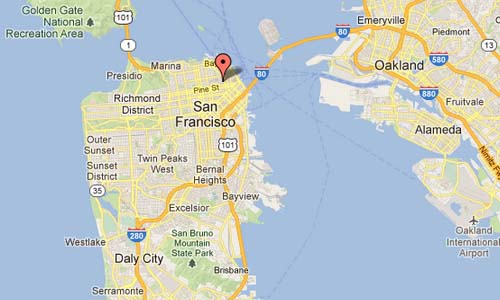 More information at www.sanfranciscochinatown.com and en.wikipedia.org.