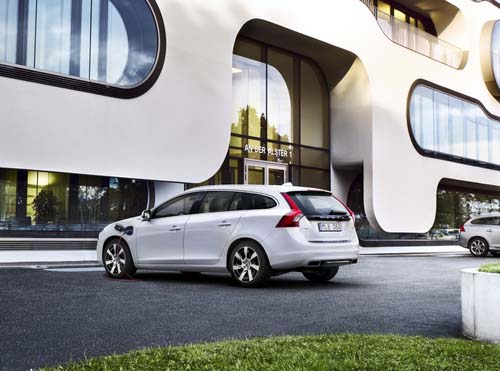 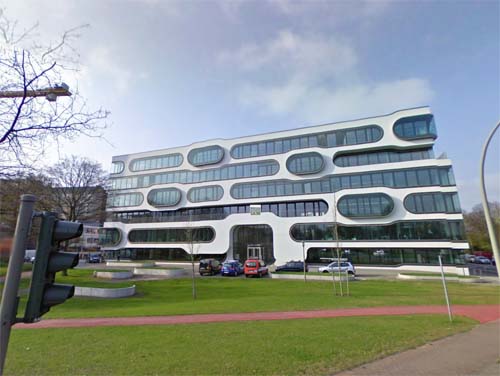 The building site is situated at the intersection between the Hamburg’s lively downtown and its urban landscape rich in water and mature trees. It is at the transition from city to nature, and the gateway building to the bustling metropolitan core. The horizontal striped facade with its floating ‘eyes’ celebrates the view onto this unique context.

A public park in front of the building continues the design strategy of the facade into the landscape. The ‘eyes’ in the façade and the platforms in the park form places to meet and contemplate.

The office spaces serve both a generic spatial layout and specific moments related to the ‘eyes’. Large spans provide for various office layout configurations in combination with balconies and climatically tempered outdoor spaces of the ‘eyes’.

The office building An der Alster 1 links interior and exterior spaces to the public park in front of the building and to the city context of Hamburg, becoming a new anchor at the prestigious Aussenalster waterfront. 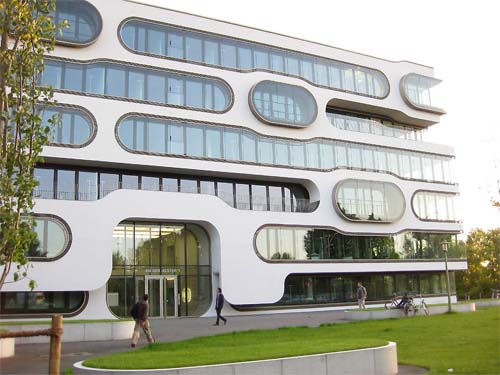 The Alster is a right tributary of the River Elbe in Northern Germany. It has its source near Henstedt-Ulzburg, Schleswig-Holstein, flows roughly southwards and reaches the Elbe in Hamburg. In the centre of Hamburg the Alster has been dammed. The Alster forms two artificial lakes in the city of Hamburg.

Hamburg was founded at the mouth of the Alster river in the 9th century and used it as a port. The water was used to flood the moats of the fortifications. The Alster has been dammed since 1190, originally to power a watermill. In 1235 a further dam was built for a second mill, which changed the shape of the river to be like a lake.

In the 15th and 16th century, an Alster canal was built to connect Hamburg with Lübeck. The canal was about 8 km long and built from the Alster to the Beste, a tributary of the Trave river, at Sülfeld. Because of the difficulties in holding water, especially near marsh areas, the 91 km long waterway from Hamburg to Lübeck was navigable from 1529 to 1550 only.

The city of Hamburg expanded along the shores of the Alster river, and several locks were constructed to make the river navigable. Until the 19th century water transport with barges were used up to the town of Kayhude. The barges—transporting building material, fuel, and foods—were staked or hauled. 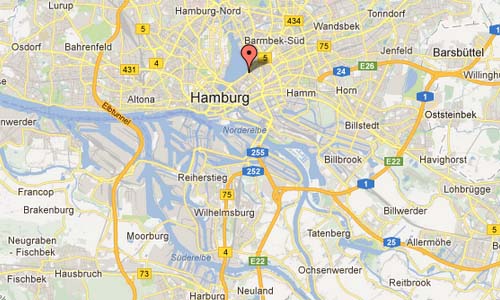