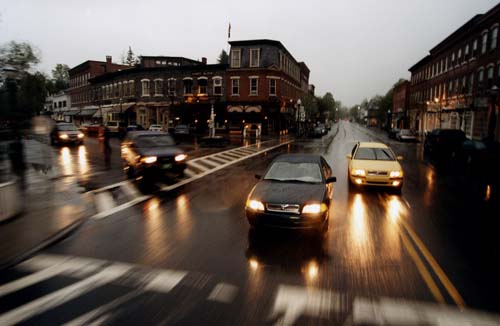 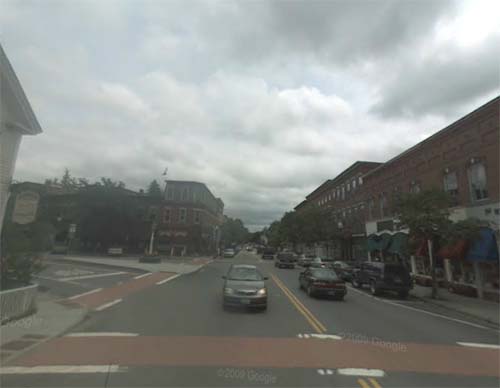 Woodstock is the shire town and capital of Windsor County, Vermont, in the United States.

The Woodstock Village Historic District was listed on the National Register of Historic Places in 1973. It includes the village center and additional properties along the Ottauquechee River. The district covers an area of 11.1 km2 encompassing 95 buildings, sites, and structures that contribute to the historical significance of the area.

The center of the district is an elliptical village green located at the junction of U.S. Route 4 and Vermont Route 106. Around the green and along the main road following the river are a number of residential, commercial, and public buildings showcasing architectural development from the late 18th to late 19th centuries. The district also includes the Billings Farm and Museum.

In 2011 the Downtown Woodstock Streetscape was listed by the American Planning Association (APA) as a “2011 Great Place in America” under the “Streets” category. The APA specifically focuses on streets that are complete, meaning that the street services all forms of use and not just vehicle use. 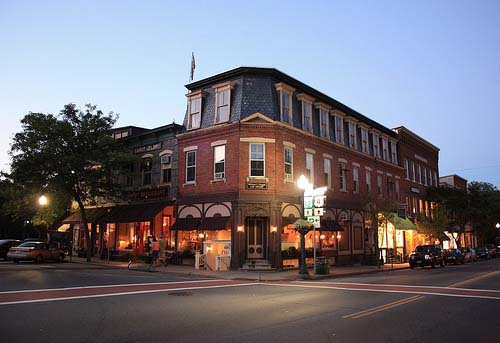 Bentley started in 1765… That was the year in which Timothy Knox built Woodstock’s first dwelling, a small cabin a few miles south of what is now the village green. The French & Indian wars had ended and with the peace came a new wave of settlement. Knox was reported to have been broken-hearted from a failed romance when he struck out for the hinterlands. Perhaps he found solace in the solitude, but he wasn’t alone for long…

Two hundred & nine years later Bill Deckelbaum & David Creech opened The Mountain Trading Company on Elm Street in Woodstock. They started out selling plants, pottery, crafts, anything they could “trade.” Bill, an ice cream devotee, discovered a tasty new product called “Haagen-Dazs.” Knowing in his entrepreneurial heart that this was something Woodstock could not do without, he began importing the ice cream (packed in dry ice) to Vermont from New York City in the back of his station wagon. Having expanded the shop to include an old fashioned soda fountain, Bill & David found many of their customers asking, “Where do you get something to eat around here?” They decided it might be fun to open a restaurant…

Since 1976, Bentleys Restaurant has been serving the people of Woodstock, New England & beyond. After all these years it seems we’re still doing something right, not so much because the critics say so, but because you are here. Well, virtually anyway…When you do pay us a visit, sit back and relax, and perhaps raise a glass to Mr. Timothy Knox, the first visitor to Woodstock who decided to call it home. 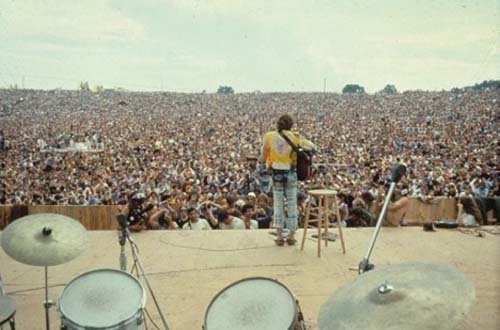 1969 – Woodstock Festival in Bethel, 69 km southwest of the town of Woodstock, New York.

The village and town Woodstock in Vermont is not the location where the The Woodstock Music & Art Fair (informally, Woodstock or the Woodstock Festival) took place in 1969. This music festival, billed as “An Aquarian Exposition: 3 Days of Peace & Music” was held at Max Yasgur’s 2.4 km² dairy farm in the Catskills near the hamlet of White Lake in the town of Bethel, New York, from August 15 to August 18, 1969. Bethel, in Sullivan County, is 69 km southwest of the town of Woodstock in New York. 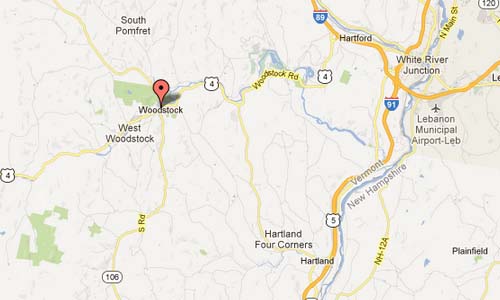