The evolution of McLaren in F1

Overview of the evolution of McLaren race cars in the Formula One; from their beginning in 1966 with the McLaren BRM M2B and Bruce McLaren as driver untill the current 2015 season with the McLaren Honda MP4-30 and Fernando Alonso and Jenson Button as drivers. 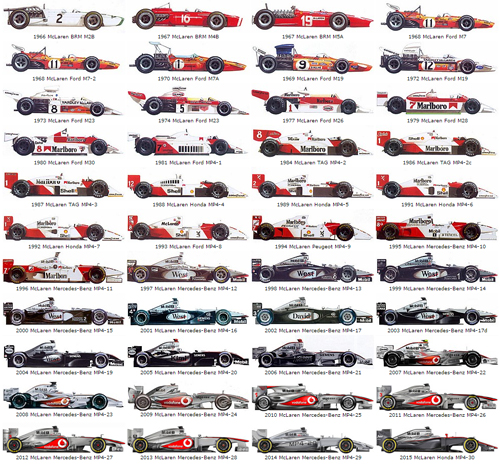 Click image to enlarge or visit my McLaren F1 1966 – 2015 page with detailed information.