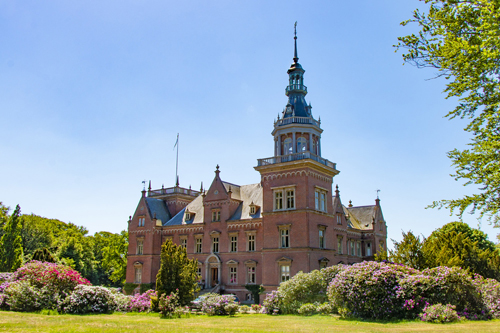 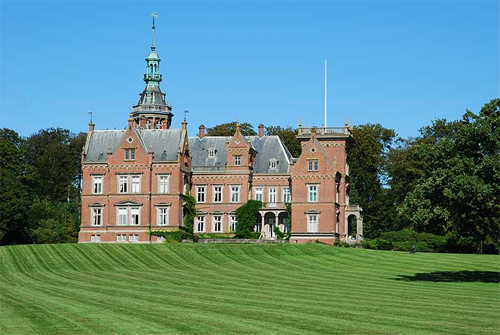 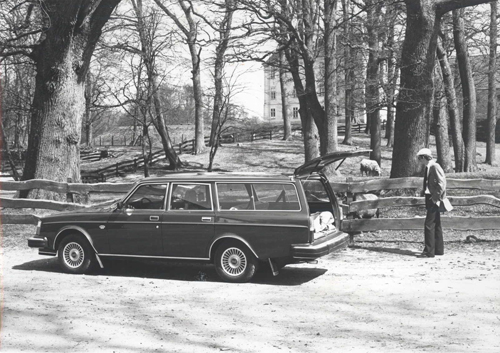 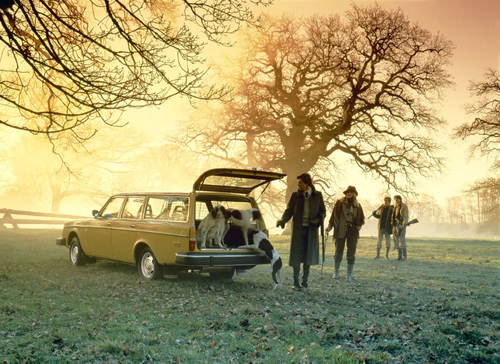 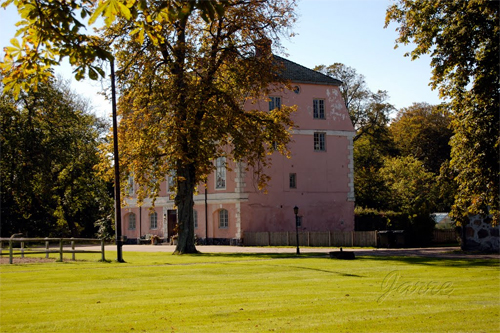 Kulla Gunnarstorp Castle (Swedish: Kulla Gunnarstorps slott) is a castle in Hittarp, which is part of Helsingborg Municipality, Skåne, in southern Sweden. The property actually contains two castles on its grounds; the old castle was built in the 16th century by Jørgen Ottesen Brahe. In the 19th century a new one was built by Baltzar von Platen (1804-1875).

The old castle, originally called Gundestrup around 1500, once belonged to the family Parsberg. It passed in the mid-1500s to the Privy cuncil member Jörgen Brahe through marriage. He built the old castle, which still exists on the estate. The castle was bought in 1639 by Axel Eriksen Rosenkrantz of Glimmingehus and in 1775 it was sold to Count Gustaf Adolf Sparre, who built up a fine collection of paintings there.

After his widow’s death it passed to their grandson Gustav Adolf Frederick De la Gardie, and after his death, to his son Jacob de la Gardie. He sold the estate with its collection in 1837 to Carl De Geer of Leufsta.

After Count De Geer’s death in 1861 his son Baltzar von Platen (1804-1875) inherited it, who built the new castle, designed by Danish architect Christian Zwingmann. Then the estate passed to his daughter Elisabeth von Platen, who married Axel Wachtmeister and later lived at Wanås Castle.

The property remained in the Wachtmeister family name until 1978, when the current owner Gustav Trolle inherited the estate from his mother, Charlotte (née Wachtmeister). Kulla Gunnarstorp has traditionally favored and supported Allerums church , where the castle is located in Allerums congregation but also the Bay church formerly belonged Väsby church has at times been under the castle lord’s patronage. 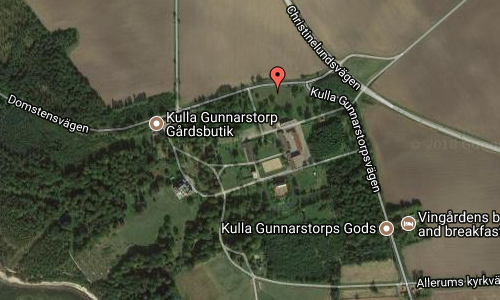 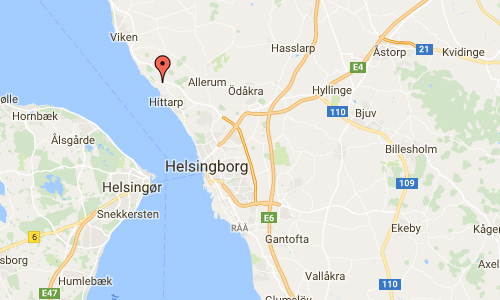