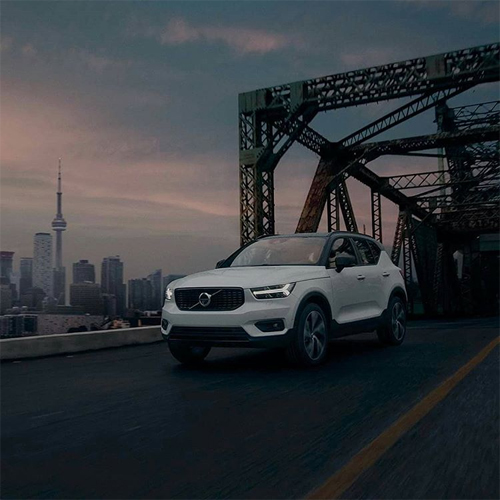 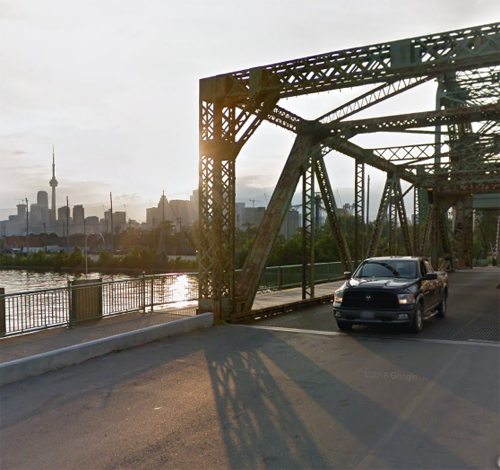 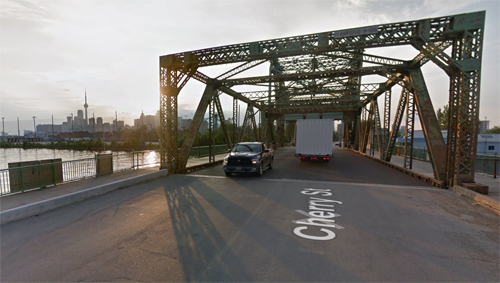 The bridge was built in 1930 by the company of Joseph Strauss and the Dominion Bridge Company. The north side of the bridge has 750-ton concrete counterweights that allow the bridge to pivot to open. The bridge uses 500 tons of steel in its construction. The bridge is designed to carry two lanes of traffic. It cost CA$500,000 ($7.95 million in 2017 dollars) to build. It was officially opened on June 29, 1931 by Toronto Mayor William Stewart. The bridge was listed under the Ontario Heritage Act by the City of Toronto in 1992 as architecturally historical.

The city spent CA$2.5 million to refurbish the bridge in 2007. The Toronto Port Authority made further repairs from December 2012 to September 2013 at a cost of CA$2 million. 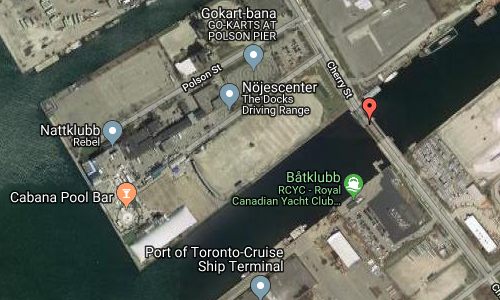 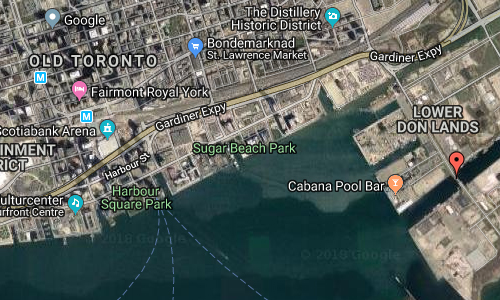 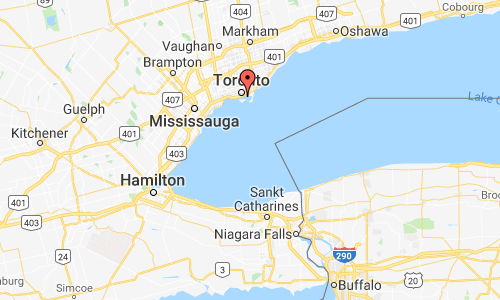 More information at en.wikipedia.org and www.blogto.com.

Big thanks to Chao, for finding this place in Toronto!