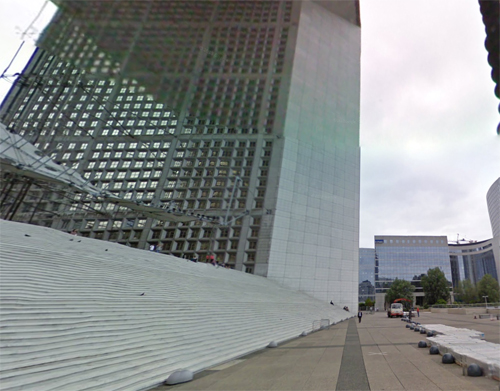 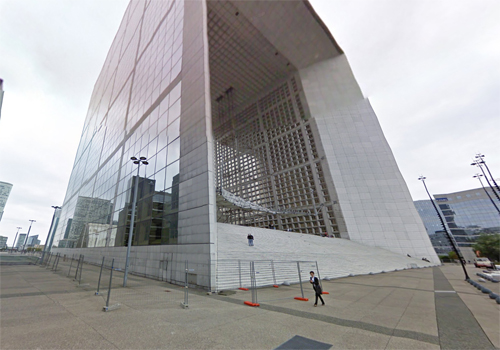 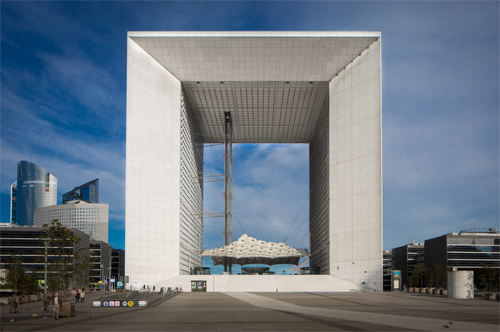 A great national design competition was launched in 1982 as the initiative of French president François Mitterrand. Danish architect Johan Otto von Spreckelsen (1929–1987) and Danish engineer Erik Reitzel (1941-2012) designed the winning entry to be a late-20th-century version of the Arc de Triomphe: a monument to humanity and humanitarian ideals rather than military victories. The construction of the monument began in 1985. Spreckelsen resigned in July 1986 and ratified the transfer of all his architectural responsibilities to his associate, French architect Paul Andreu. Reitzel continued his work until the monument was completed in 1989. The Grande Arche is in the approximate shape of a cube with a width, height and depth of 110 m; it has been suggested that the structure looks like a hypercube (a tesseract) projected onto the three-dimensional world. It has a prestressed concrete frame covered with glass and is covered in Bethel Granite and was built by the French civil engineering company Bouygues. 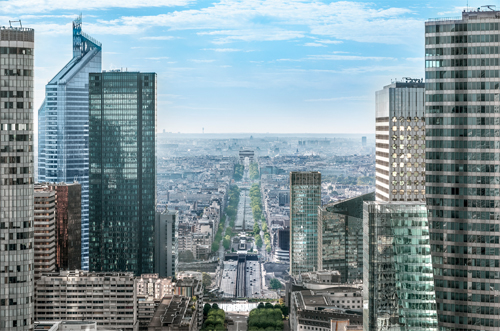 La Grande Arche was inaugurated in July 1989, with grand military parades that marked the bicentennial of the French Revolution. It completed the line of monuments that forms the Axe historique running through Paris. The Grande Arche is turned at an angle of 6.33° about the vertical axis. The most important reason for this turn was technical: with a Métro station, an RER station, and a motorway all situated directly underneath the Arche, the angle was the only way to accommodate the structure’s giant foundations. In addition, from an architectural point of view, the turn emphasizes the depth of the monument and is similar to the turn of the Louvre at the other end of the Axe historique. In addition, the Arche is placed so that it forms a secondary axis with the two of the highest buildings in Paris at the time, the Tour Eiffel and the Tour Montparnasse.

The two sides of the Arche house government offices. The roof section was closed in 2010 following an accident without injury and the marble tiles which had begun to peel off were replaced with granite ones. It opened again to the public in 2017 after seven years of renovation works. It features panoramic views of Paris and includes a restaurant and an exhibition area dedicated to photojournalism. 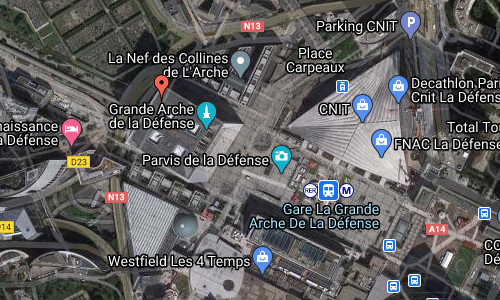 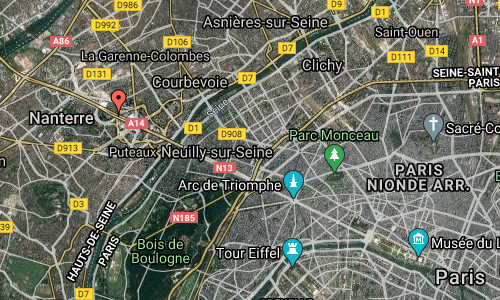 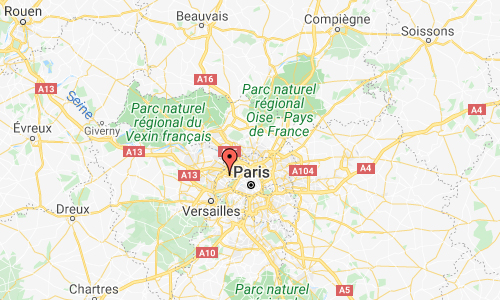 More information at en.wikipedia.org and lagrandearche.fr.