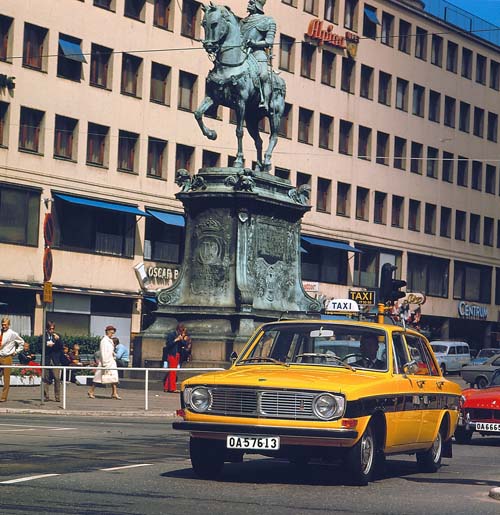 1970 - Volvo 144 Taxi on Östra Larmgatan near Kungsportsplatsen in Göteborg, Sweden. 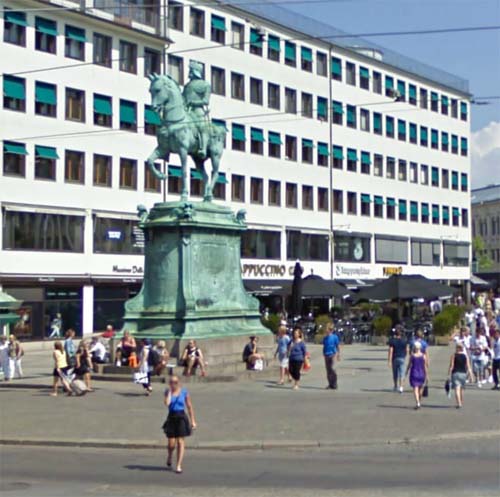 Kungsportsplatsen is a square in the city centre of Gothenburg, Sweden. The square was constructed 1852 and got its name after the King’s gate (the name literally means The King’s gate place).

Inauguration of statue of Karl IX in 1904

The gate was the main entrance to the fortified city, which was and still is surrounded by a moat. When the city grew outside the moat and there was no need to defend the city any longer the gate was torn down. 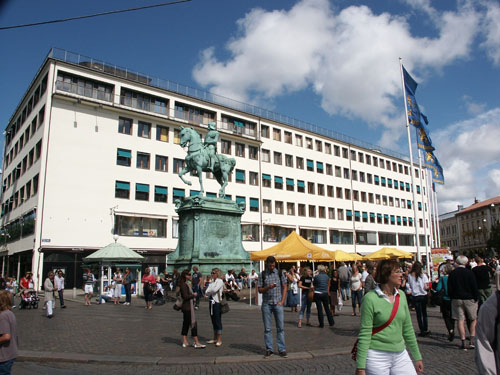 At Kungsportsplatsen there is a statue of king Charles IX, which was placed there 1904.