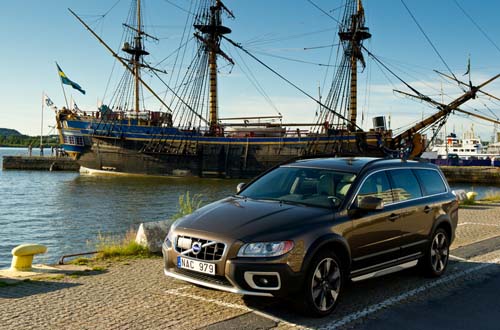 2012 - Ostindiefararen Götheborg at Eriksberg in Göteborg

Ostindiefararen Götheborg is a sailing replica of an 18th century Swedish East Indiaman. It is the world’s largest operational wooden sailing vessel. The original sank off Gothenburg, Sweden on 12 September 1745 while approaching its home harbour after returning from her third voyage to China. All sailors survived, but the ship was lost.