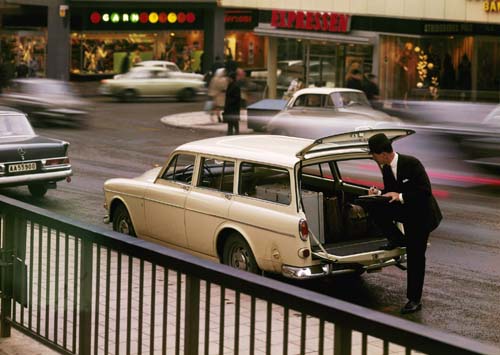 Master Samuelsgatan is a street in the district Norrmalm in Stockholm. It extends east-west from Birl Jarlsgatan to Vasagatan and is about 1000 meters long.

The name comes from the vicar of Klara and Bromma congregations named Samuel Hammarinus (who died in 1667). He owned a plot in the quarter Svanen near Långbrogatan.

At the transformation of downtown Stockholm in the 50’s and 60’s, changed street appearance significantly when Sveavägen would be drawn up to Sergel Torg. Today is Master Samuelsgatan connected with bridges over Sveavägen and Sergelgatan, when these were lowered about 5 feet in the Hötorgscitys inception in 1950 – and the 60’s. The Klara Tunnel, which the City Plan 1967 would be further east, stops now at Mäster Samuelgatan eastern part.