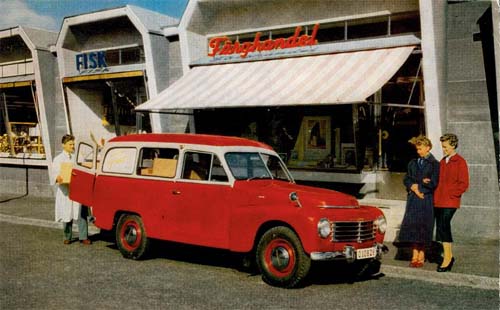 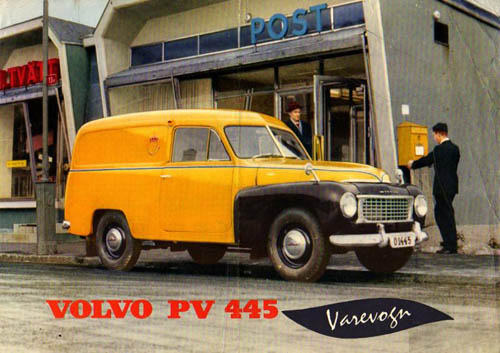 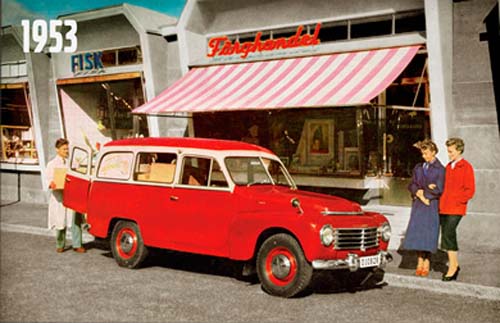 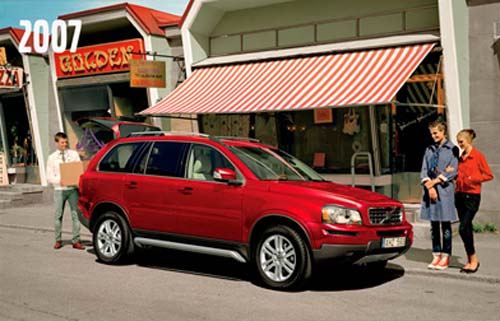 Doktor Bex Gata is a street located on the Guldheden in Göteborg.

The street is named in memory of Abraham Bex (who died in mid-October 1696) and who became a doctor of medicine in Utrecht (Netherlands) in 1680 and stadsfysikus (town doctor) in Göteborg around 1685.

In this street there is a series of unusual retail buildings from 1951 located (as seen above). They were designed by architect Henning Orlando and built in 1950-1951. Konsum (today Coop) was one of the first tenants at number 4 in november 1951. Other tenants were: Rolf Nilsson’s fish shop, Gullbergs paint and chemicals trade, Mr Wenner Sten’s photographic studio, Ebba Edwalls hairdresser, Guldhedens Dry and a post office.

In the summer of 1953 Volvo used this street with shop buildings in their campaign for the Volvo Duett.

In 2007, Volvo revisited the site in their Classics for the future campaign.