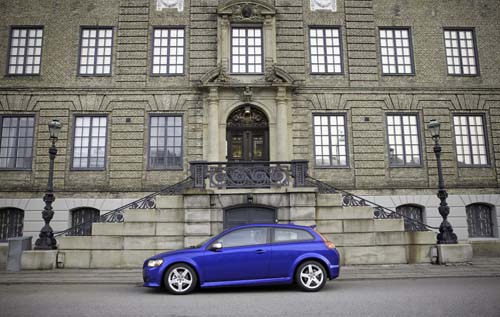 The building pictured above is the Sahlgrenska huset.

On the night of January 14, 1746 a fire that destroyed 196 private houses and farms in this area. The plot had then one building made of solid stone, bought in 1721 by Jacob Sahlgren († 1736). The house was damaged, however, so important to widow Brigitta Sahlgren, decided to build a new one, which was finished in 1753. The drawings were probably carried out by the city architect Bengt Wilhelm Carlberg. The next owner was a merchant Carl Emil Billqvist (1817-1895), who in 1856 ordered from architect Adolf Edelsvärd plans for a renovation. According to Bill Qvist’s wish they changed the facade towards the water, entrance stairs with lampposts and railings of cast iron. Large change where made to the building.