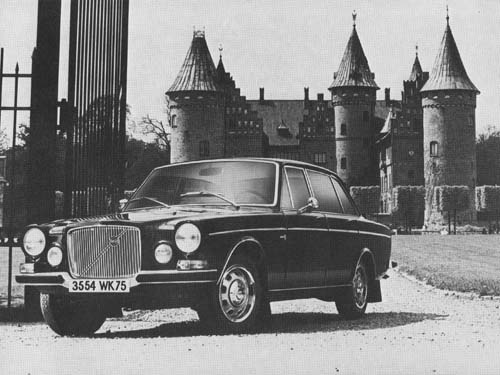 Trolleholms slott is a castle in Svalöv Kommun in Skåne, in southern Sweden. The estate comprises 110 houses and a total of 12300 acres (5000 Hectare). Originally named Kattisnabbe and later Eriksholm, it has been known since 1424, and was a monastic estate in the late Middle Ages.

Built in 1538 by Tage Ottosson Thott, the original castle was given the name Eriksholm. At that time the province of Skåne belonged to Denmark. Sophie, the sister of the Danish astronomer Tycho Brahe, lived here as the wife of Tage Ottosson Thotts son. She and Tycho shared an interest in astrology and astronomy. There was also an herbgarden with medicinal herbs. Three families have resided here, namely Thott, Trolle and Bonde.

In 1680 the castle was sold to Hille Trolle, the Danish admiral Nils Trolles widow, and during the mid 18th century the castle was restored under the direction of the famous architect Carl Hårleman. The present owner, at the time, was Fredrik Trolle who made Trolleholm an entailed estate and his daughter Wiveka Trolle inherited the castle. Wiveka reigned as the mistress of the house many years, and sometimes even today makes sure everything is in order…

Wiveka Trolles grandson, Gustaf Trolle-Bonde, came into possession of the estate in 1806 and transformed an impoverished countryside into a prosperous community. As an old gentleman Gustaf Trolle-Bonde became blind and is therefore sometimes referred to as “his blind Excellency”.
During the late 19th century count Carl Johan Trolle-Bonde inspired by English university libraries, had his own library built and furnished. The entire collection entails 45 000 volumes. The collection is one of northern Europes largest privately owned. (source: www.trolleholmsslott.se)