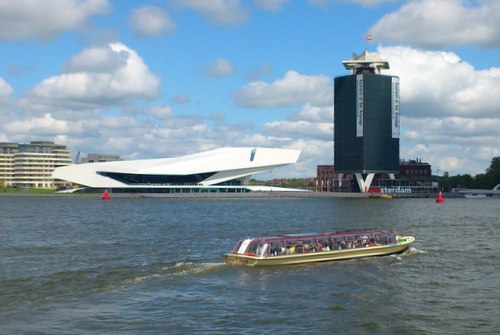 The new EYE Film Institute Netherlands was opened 6 weeks ago in Amsterdam. It includes a cinematography museum formerly called Filmmuseum, founded in 1952. Its predecessor was the Dutch Historic Film Archive, founded in 1946. The museum was situated in the Vondelparkpaviljoen since 1975, and in 2009, plans were announced for a new home for the museum on the northern bank of Amsterdam’s waterfront, near the Central Station. It was officially opened on April 4, 2012 by Queen Beatrix. 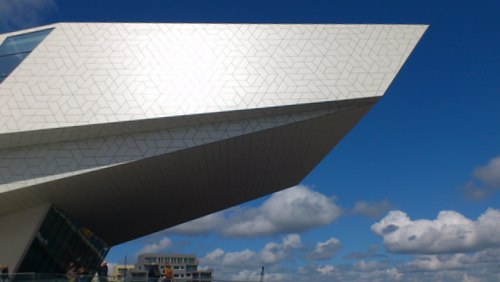 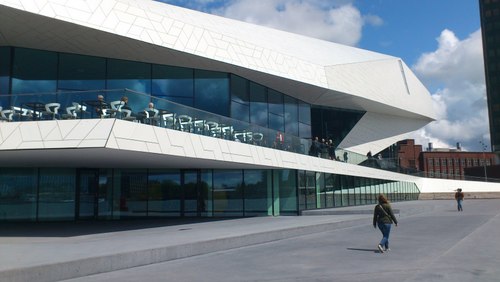 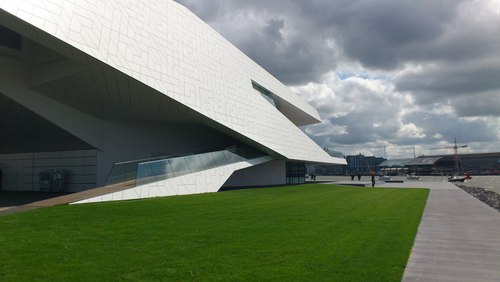 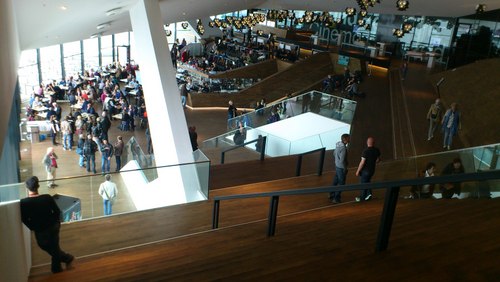 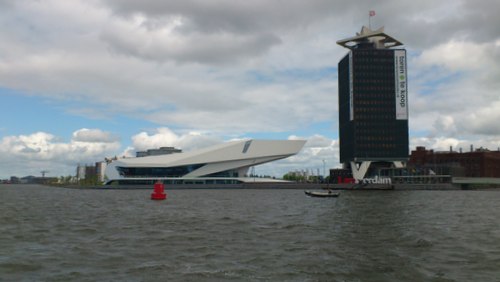