The visit of Hillary Clinton to Sweden yesterday week was a historic event. It was only the second time that a US Secretary of State visited Sweden. Last time that a US Foreign Affairs Minister visited SWeden was in 1976 when Henry Kissinger stayed for one day.

Hillary Rodam Clinton and Swedish Foreign Minister Carl Bildt visited Vaxholm near Stockholm, Sweden on Sunday June 3, 2012. Clinton and Bildt took a boat from Stockholm to the 16th Century fortress town to pick up Swedish Defense Minister Karin Enström for a meeting on the boat trip back to the city.

Some pictures from other photographers from this event: 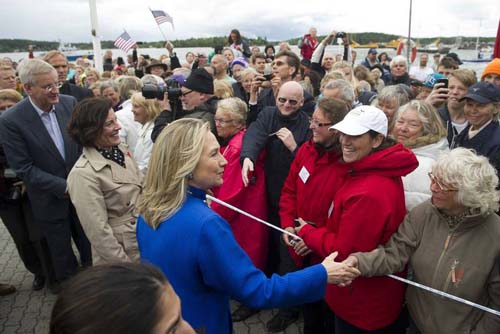 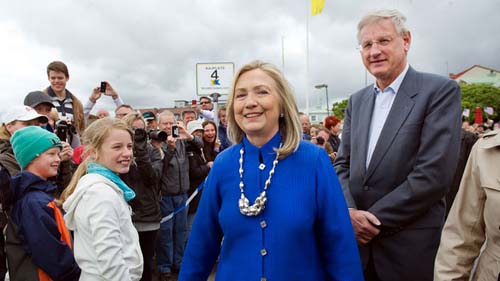 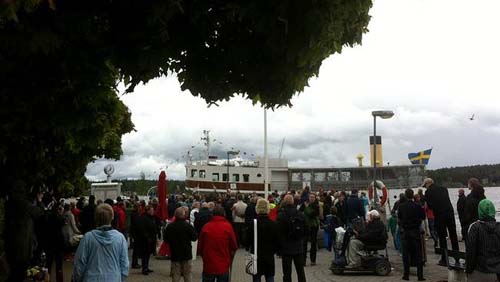 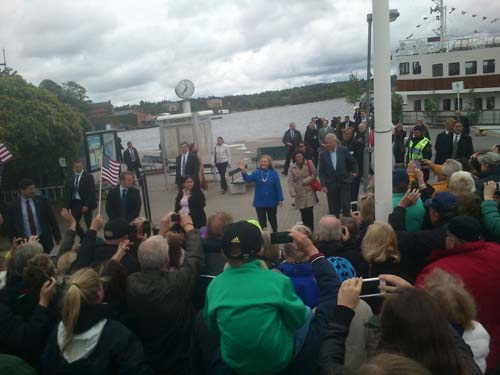 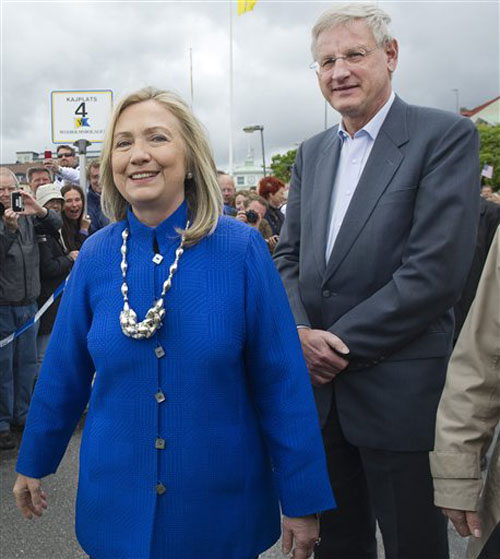 In the picture above, Malin and me can be seen just between Hillary and Carl, both having our camera’s in front of our faces… but we were better seen at TV. 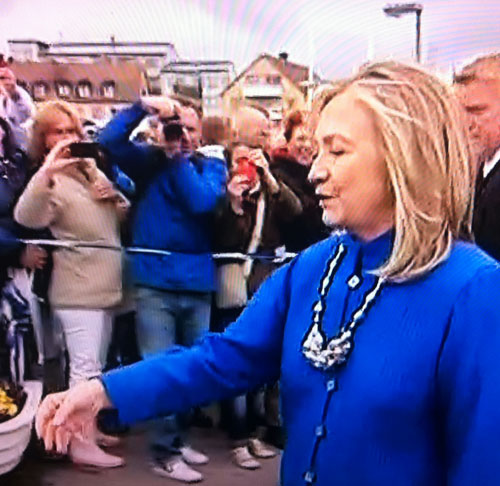 Shot from TV4 - Malin and me taking pictures...