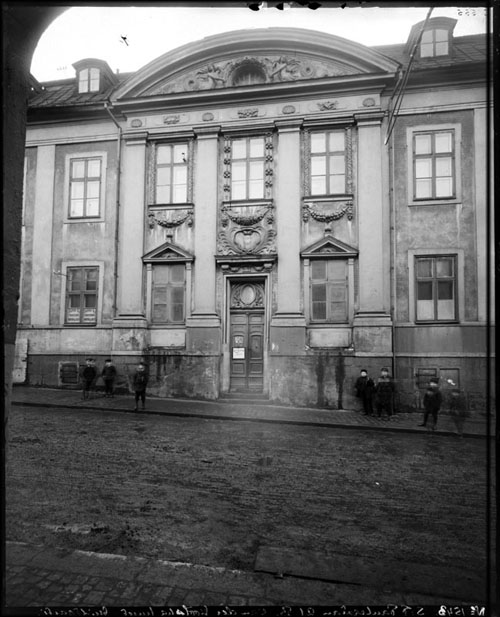 The house was built in 1671-1672 by architect Mathias Spieler for the Dutch-born Swedish military officer Thomas van der Noot. The facade has pilasters and festoons and the middle part is decorated with mermaids in the sandstone. Two wings frame a small garden. The building was first used as a residence for various Dutch ministers. In 1740, a second building was erected that was used as a church for the Dutch Reformed Church. In 1770 it was made into a tobacco factory. In the late 1800s the building was in disrepair and was threatened with demolition. 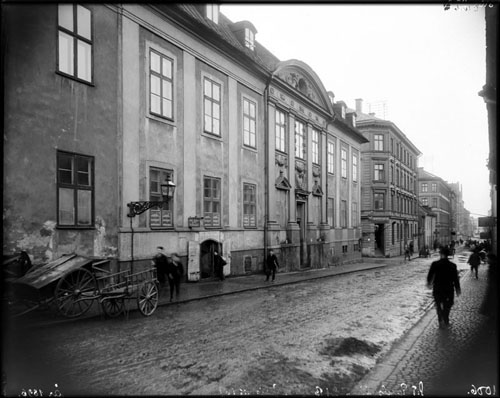 The house was saved by Jean Jahnsson, owner of C.G. Hallberg, who turned it into a private residence. Architects for the renovation and expansion in 1903-1910 were IG Clason and Agi Lindegren. Jahnsson gathered a rich collection at the palace, including mainly Swedish silverware, a collection of hundreds of spoons from the 1400s onwards, porcelain, an unmatched collection of precious bejeweled gold boxes, Swedish miniatures, art furniture, Swedish engraving portraits and a library about much more than 100,000 volumes, including nearly complete collections of Swedish dramatic literature and Reformation writings, Swedish history books and documents etc. Jahnsson was hit hard by the Kreuger crash in the early 1930s, in which he was stripped of his wealth and forced to leave the Van der Nootska Palace and auction off most of the collections. Stensund Castle was sold to Carl Matthiessen, 1933, and the weapons collection auctioned off . The remainder of Jahnsson’s collections from Van der Nootska, which mainly consisted of the Stockholmiana Collection, were donated in 1942 to the Stockholm City Museum of Axel Wenner-Gren, who in February 1938, had bought the Van der Nootska Palace. The Stockholmiana Collection consisted of about 5000 images and about 3000 books and pamphlets.
From 1940 the building was used by Svenska Lottakåren (Swedish Women’s Voluntary Defence Organization) who used it as a headquarters. In 1943, the building was renovated by architect Rolf Engstrom. Since 1988, the building has been used primarily for conferences and banqueting and is now owned by the City of Stockholm.

Thomas van der Noot (1630 – 1677) was a Dutch military figure who served in the Swedish army. Born in the town of Brabant, he came to Sweden with his mother in the 1650s and married a Swedish noble lady. Thomas van der Noot became a Swedish officer, second lieutenant in 1655, colonel in 1668 and was Major General in 1677, and participated in the Swedish service in many battles in Europe. He was in knighted in about 1674 about the time he built the Van der Nootska Palace in Stockholm. He was killed in the Battle of Stettin on August 4, 1677. After his death the Van der Nootska palace become an embassy to the Dutch minister. 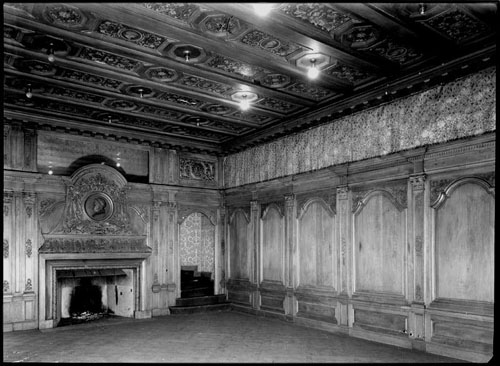 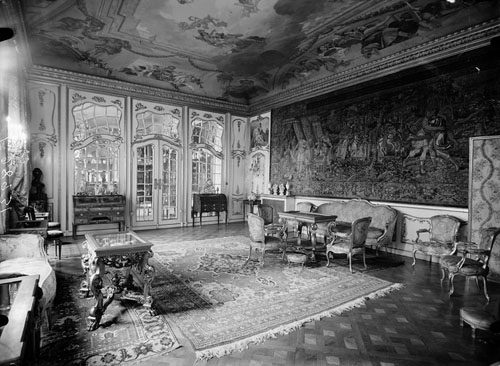