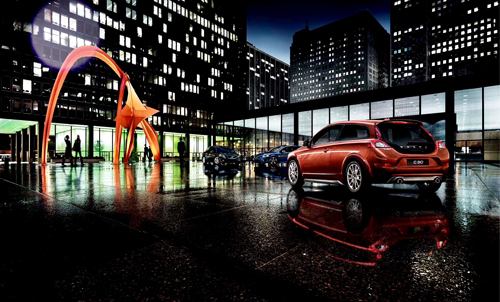 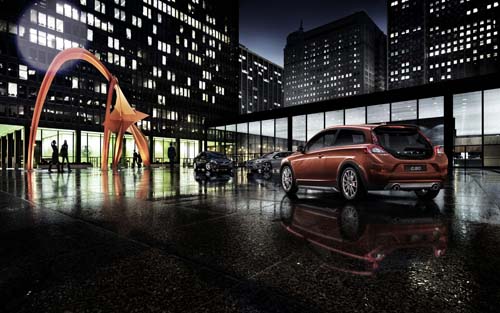 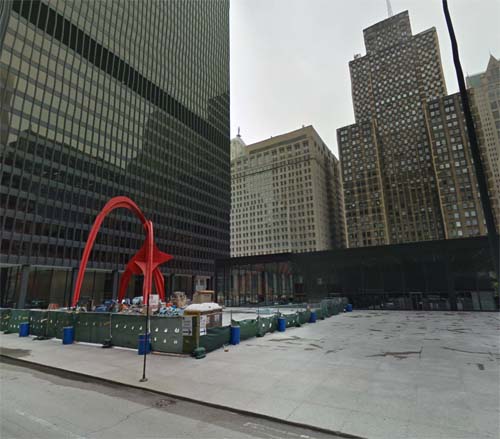 Flamingo, created by noted American artist Alexander Calder, is a 16 m tall stabile located in the Federal Plaza in front of the Kluczynski Federal Building in Chicago, Illinois, United States. It was commissioned by the United States General Services Administration and was unveiled in 1974, although Calder’s signature on the sculpture indicates it was constructed in 1973.

Despite the large size of the sculpture, its design is such that viewers can walk underneath and around it, thus enabling one to perceive it in human scale. The shape of Flamingo alludes to the natural and animal realm, which is a stark contrast to more literal interpretations in sculpture from previous decades.

Calder’s structure is a prominent example of the constructivist movement, first popularized in Russia in the early 20th century. Constructivism refers to sculpture that is made from smaller pieces which are joined together. 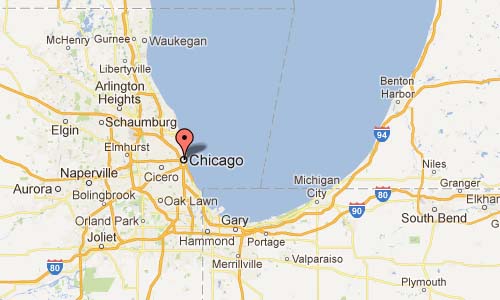 More information on en.wikipedia.org and www.choosechicago.com.