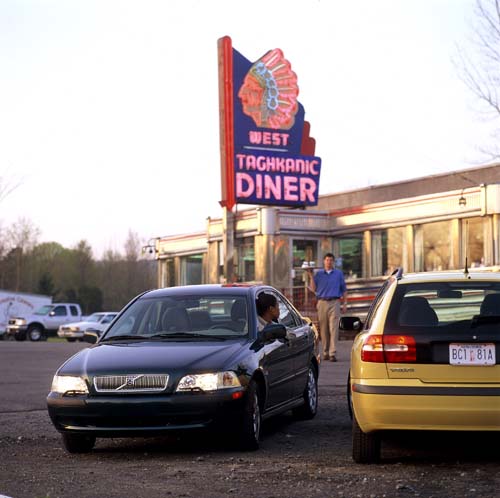 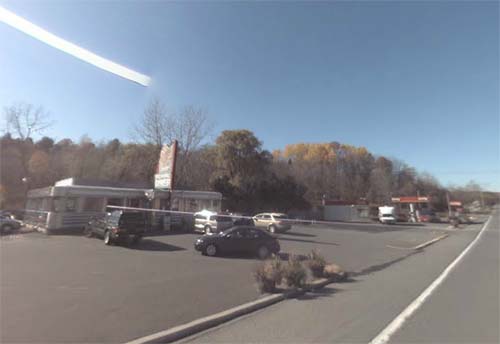 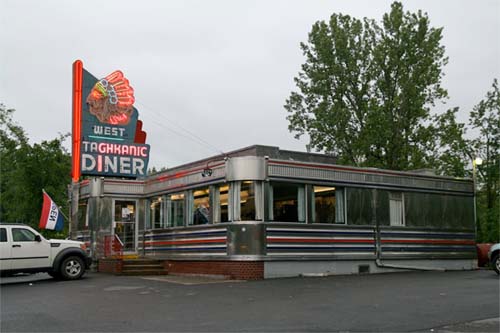 The West Taghkanic Diner was manufactured in 1953 by Mountain View Diners of Singac, New Jersey. One of the primary manufacturers of Art Deco diners in the 20th Century, they built hundreds of Diners
in America during the boom years (1939 to 1957).

The Taghkanic Diner has been in continuous operation now for half a century, managing to remain intact and very original, including its landmark neon indian chief. 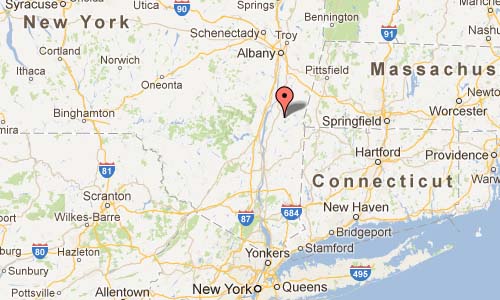