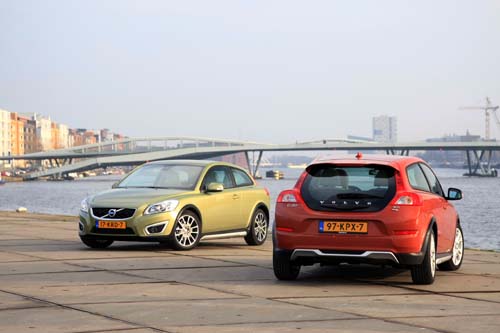 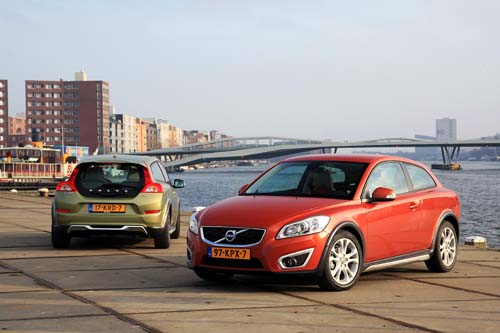 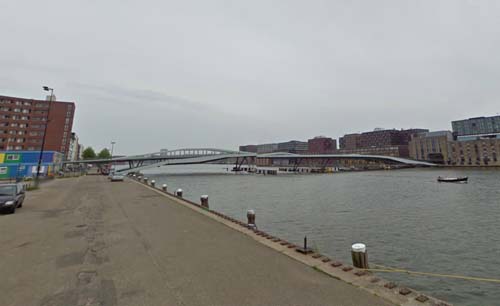 2013 – Jan Schaeferbrug at Javakade in Amsterdam, The Netherlands (Google Streetview)

The Jan Schaefer brug or Jan Schaefer bridge (Bridge No. 2000) in the Eastern Docklands in Amsterdam is located in the harbor, and connects the Piet Hein Kade with the Java Island. The bridge was designed by Ton Venhoeven and named after the politician Jan Schaefer (1940-1994).

Special with the bridge is that the central bridge portion can be removed. It is not a movable bridge in the traditional sense, but the big sailing ships at Sail Amsterdam in the harbor, mooring passage may grant the middle part temporarily removed. This happened for the first time in August 2005.

Another peculiarity is the fact that the bridge is constructed through the Pakhuis De Zwijger (Warehouse). The reason for this is that the bridge is located in an extension of the already existing Kattenburgerstraat and that the warehouse was a national landmark and should remain. Therefore, in an opening of the building, for which the structure had to be adapted, where traffic to and from the bridge can run through. The warehouse was in 2006 after restoration back into use for exhibitions and cultural events. 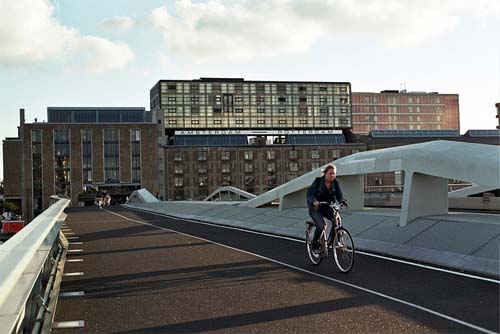 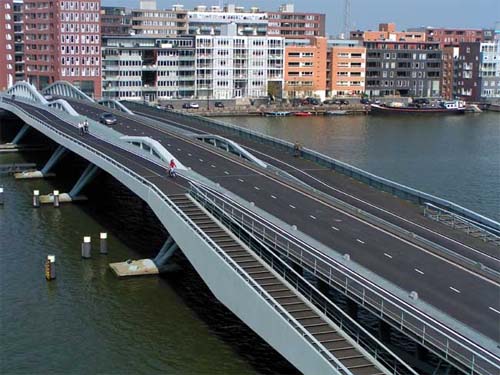 The Eastern Docklands (Dutch: Oostelijk Havengebied) is a neighborhood of Amsterdam, Netherlands, located between the IJ and the Amsterdam–Rhine Canal. The harbor area was constructed in the late nineteenth century to allow for increasing trade with the Dutch East Indies; a new location was necessitated by the construction of the Amsterdam Centraal railway station, which replaced the old quays.

In the 1980s, the city decided to change the by now derelict area into space for residences, and even proposed to fill in the harbors. In the end, the harbors and islands remained intact, to create relatively quiet enclaves of residential neighborhoods.

Many of the homes in the Eastern Docklands attract young families, which has led to more families with young children staying in the city (rather than move to places like Almere, which offer more affordable family homes with gardens).

The area is also attractive to “trendy” and well-to-do urbanites; the notably modern features of the new buildings in the “architecturally spectaculair” area draw in “trendy young media and IT professionals” and are a boon for tourism to the area.

Java-eiland (literally, “Java Island”) is a neighborhood of Amsterdam, Netherlands. It is located on a peninsula, surrounded on three sides by water and on the east by the KNSM Island neighborhood.
The peninsula was created by dredging water at the end of the 19th century and was used for shipping services. The Stoomvaart Maatschappij Nederland was located here which ran services to the Dutch East Indies. After World War Two and the decolonization of Indonesia trade nearly came to a standstill. In the 1980s, squatters, artists and the homeless had taken over many of the buildings in the area. The name Java Island was given to the area when the area was designated for housing in the 1990s.

In the 1990s the area was transformed into residential units according to a master plan by Amsterdam architect Sjoerd Soeters. Except for one building of the port authorities all the old buildings were razed. As for transport, tram line 10 terminates at Azartplein, on the eastern edge of Java-eiland. 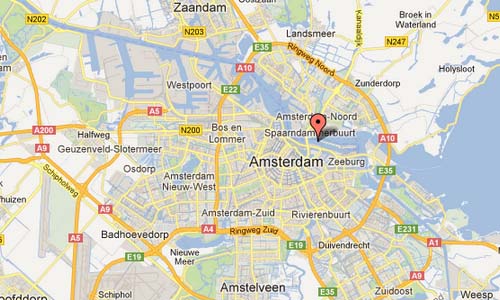 More information at en.wikipedia.org and www.stadseilanden.nl.