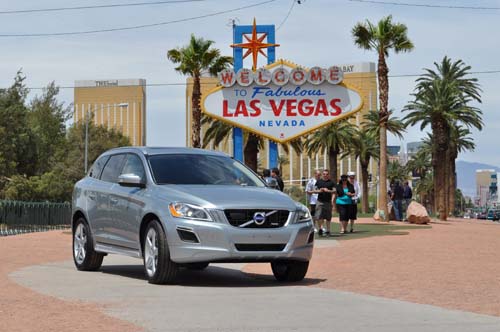 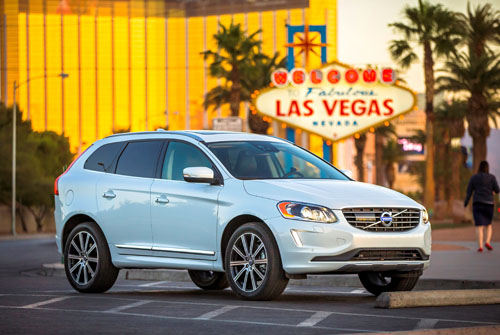 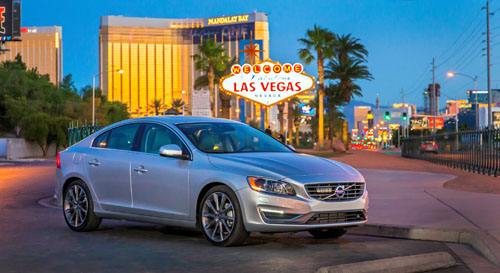 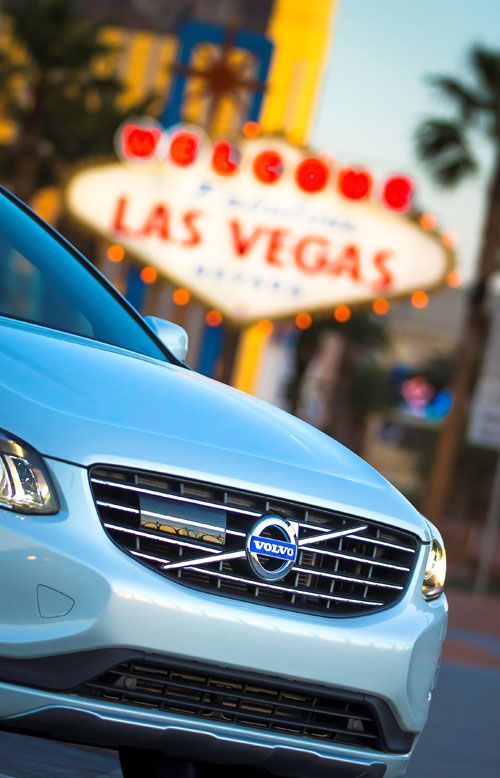 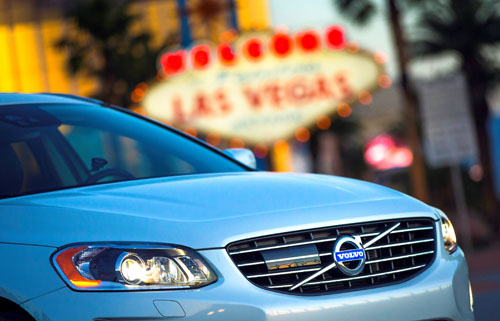 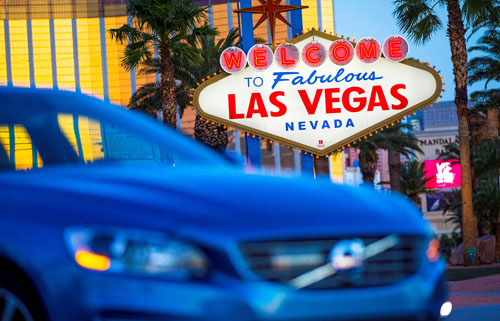 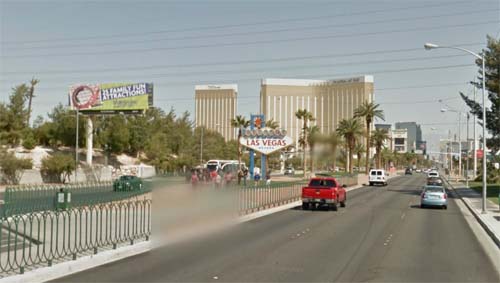 The Welcome to Fabulous Las Vegas sign is a Las Vegas landmark funded in May 1959 and erected soon after by Western Neon. The sign was designed by Betty Willis at the request of Ted Rogich, a local salesman, who sold it to Clark County, Nevada.

The sign is located near 5777 South Las Vegas Boulevard Paradise in Las Vegas, Nevada USA close to the historic stone pillars of the old McCarran Airport on the east side, and the Bali Hai Golf Club. Some consider the sign to be the official southern end of the Las Vegas Strip. The sign, like most of the Strip, sits in the town of Paradise and is located roughly four miles south of the actual city limits of Las Vegas. (Such distinctions are usually ignored by both locals and tourists, who refer to the entire metro area as “Las Vegas”.) 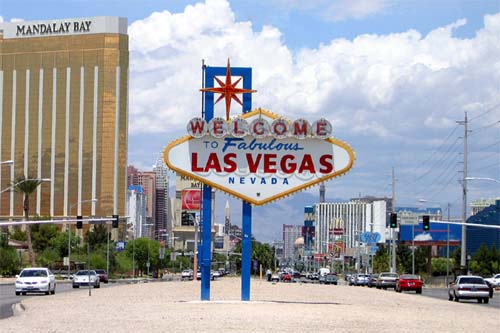 The sign is a 25-foot-tall (7.6 m) classic roadside pole design, mounted offset on two flat poles which are joined by a cross piece at the top. The poles extend above the top of the sign. The sign is a horizontally stretched diamond shape, with the top and bottom angles pointed while the side angles are rounded. It is double-backed, internally lit, with a border of flashing and chasing yellow incandescent bulbs outside around the perimeter. In a nod to Nevada’s nickname as “the Silver State,” across the top of the sign are white neon circles, designed to represent silver dollars. The circles each contain a red painted letter, outlined in neon, which together form the word “Welcome.” Crowning the sign, located between the two poles and just under the crosspiece is an eight-pointed, red-painted metal star outlined with yellow neon. The intersecting vertical and horizontal lines of the star extend over and wrap around the frame that is created by the two poles and the cross piece, which give the star a dynamic, explosive appearance. The cabinet is faced with translucent white plastic and covered with blue and red painted text.

The south side of the sign reads “Welcome” inside the silver dollars, with “to Fabulous” in blue, in a 1950s-style cursive, underneath. The words “Las Vegas” are on the next line in red, all capitalized, and large, almost filling the width of the sign. Under “Las Vegas” is the word “Nevada” in blue, all capitalized, in a much smaller font. On the back or north side, the sign reads “Drive” on the top line and “Carefully” on the second in red capital letters, with “Come Back” in blue on the third line, in script, and “Soon” all capitalized in blue on the fourth line. The design is characteristic of the Googie architecture movement.

Las Vegas is the most populous city in the U.S. state of Nevada and the county seat of Clark County. Las Vegas is an internationally renowned major resort city known primarily for gambling, shopping, and fine dining. The city bills itself as The Entertainment Capital of the World, and is famous for its consolidated casino–hotels and associated entertainment. 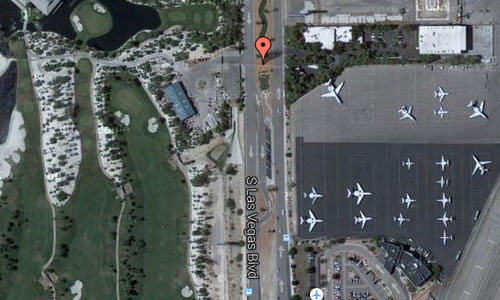 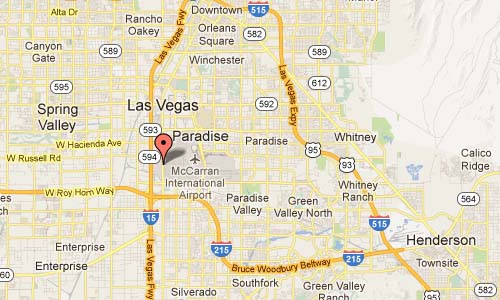