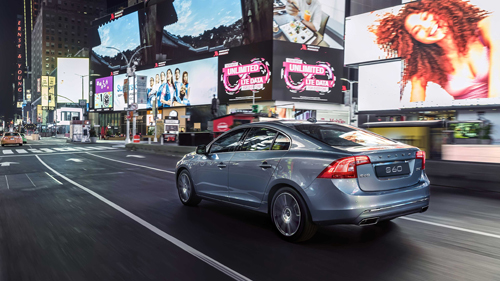 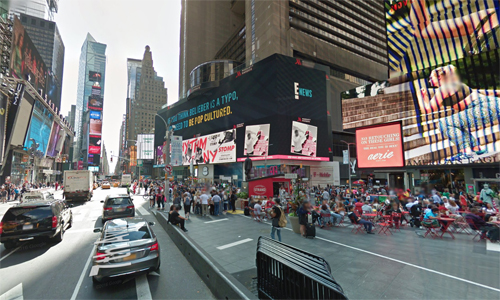 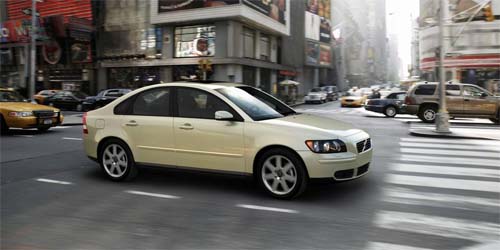 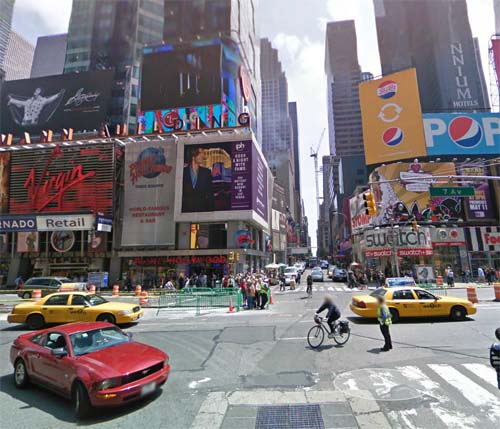 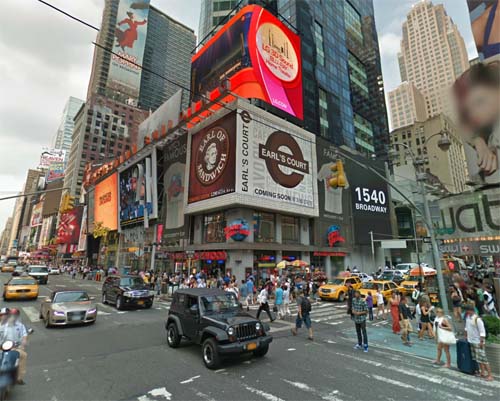 Times Square is a major commercial intersection in Midtown Manhattan, New York City, at the junction of Broadway and Seventh Avenue and stretching from West 42nd to West 47th Streets. Times Square – iconified as “The Crossroads of the World”, “The Center of the Universe”, and the “The Great White Way” – is the brightly illuminated hub of the Broadway theater district, one of the world’s busiest pedestrian intersections, and a major center of the world’s entertainment industry.

The building on the left is the Bertelsmann Building, originally known as 1540 Broadway, a 42-story, 223 m office tower in Times Square in Manhattan, New York City, standing at West 45th Street. The building is the North American headquarters of Bertelsmann.

Started in 1989 and finished in 1990, the tower is one of the few in Times Square to contain class A office space. Also found in the tower is Planet Hollywood’s first Official All Star Café, and also there’s Mac Flagship, Disney Store, and Forever 21.

In the 1990s the Bertelsmann subsidiary of Random House looked to build a skyscraper across 45th Street from its parent and be connected to it via a neon-lighted bridge across 45th Street connecting them. When the deal fell through it built the Random House Tower 10 blocks uptown.
Loew’s State Theatre (1921) formerly occupied the site of the Bertelsmann Building. Before Loew’s, the Bartholdi Inn (1899), then New York’s best-known theatrical boarding house, was there. 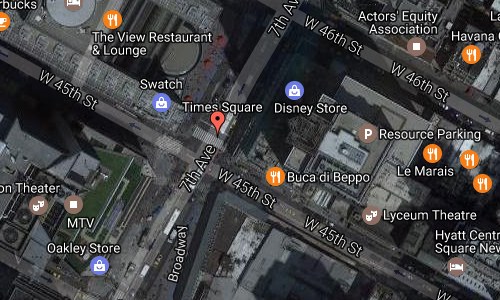 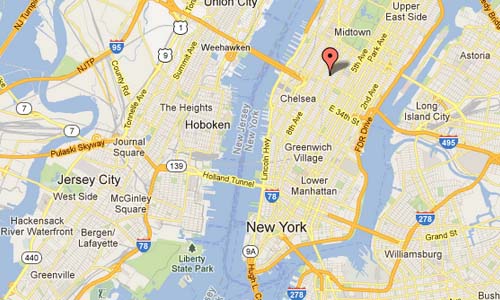