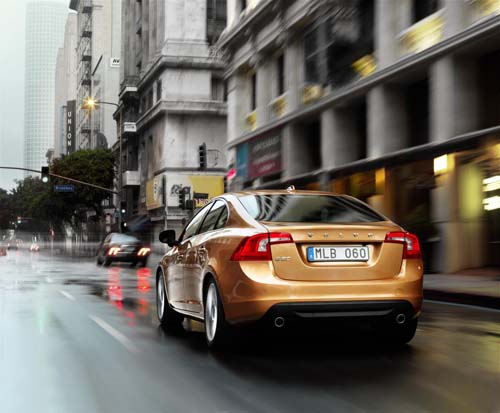 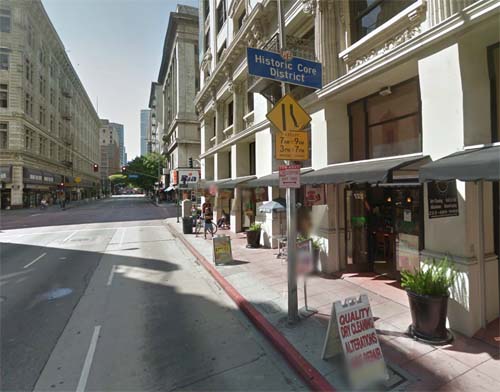 The Historic Core District is a neighborhood in Downtown Los Angeles between Hill and Main streets on the west and east, and 3rd and 9th streets on the north and south.

The Broadway Theater District in Downtown Los Angeles is the first and largest historic theater district listed on the National Register of Historic Places. With twelve movie palaces located along a six-block stretch of Broadway, it is the only large concentration of movie palaces left in the United States.

Stretching for six blocks from Third to Ninth Streets along South Broadway in Downtown Los Angeles, the district includes 12 movie theaters built between 1910 and 1931. By 1931, the district had the highest concentration of cinemas in the world, with seating capacity for more than 15,000 patrons. Broadway was the hub of L.A.’s entertainment scene – a place where “screen goddesses and guys in fedoras rubbed elbows with Army nurses and aircraft pioneers. 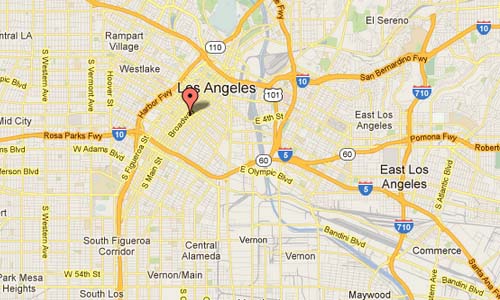