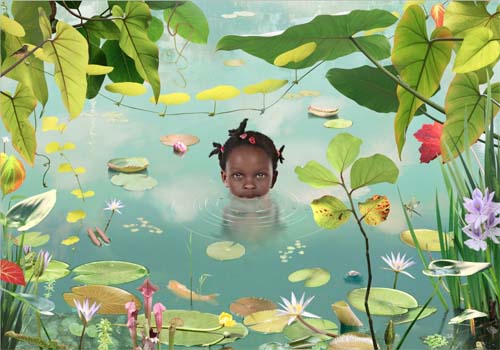 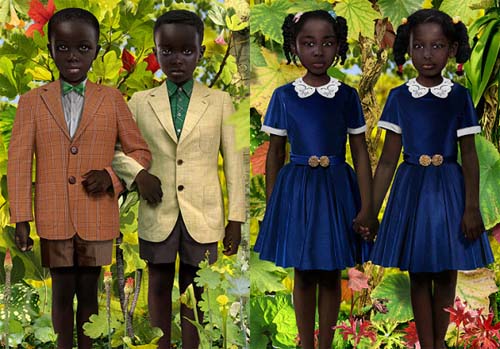 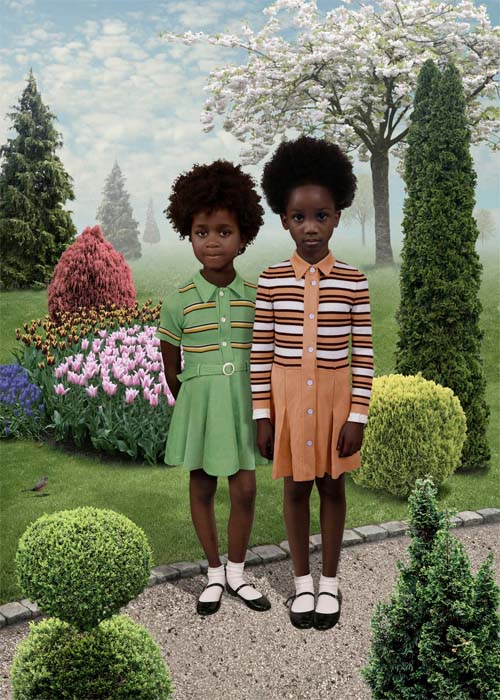 In the past few years Ruud van Empel (Breda, 1958) has developed into one of the most extraordinary photographic artists of the present day, both nationally and internationally. 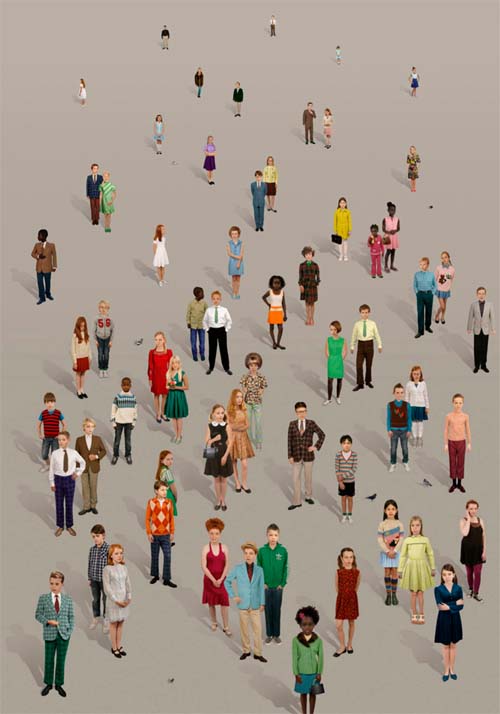 After completing his education at the Academie Sint Joost in Breda (1976-1981), Ruud van Empel worked as a designer on many projects, including theatre and television, for quite some time. His best-known work from that period includes designs for the film Theo en Thea en de ontmaskering van het tenenkaasimperium (See YouTube) (1989) and for the legendary television series Kreatief met kurk (See YouTube) (1993/94). In the second half of the nineties he increasingly began to evolve as an autonomous artist. He started to produce collages in a traditional way, with scissors and a pot of glue, making use of photos from newspapers and magazines. After mastering the computer and Photoshop, he developed an increasingly refined collage technique. At a certain moment, he ceased working with existing material and since then has only made use of his own photos. This exhibition is oriented exclusively to van Empel’s autonomous work. 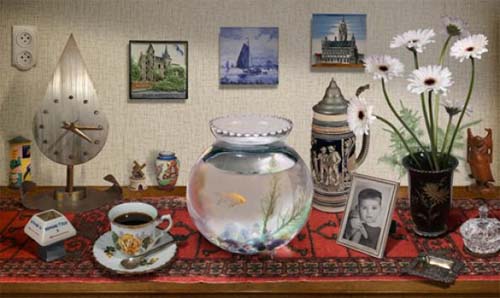 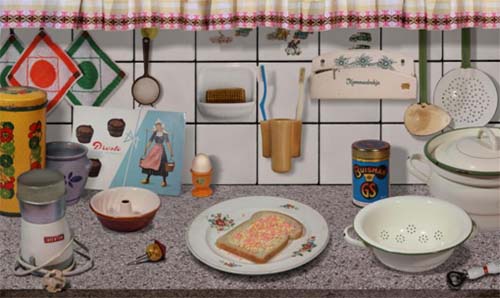 In his digital handling of photography, van Empel has developed a unique working method. From hundreds of photographic fragments, he compiles images that are genuinely lifelike in their appearance but conjure up a world that has never existed in this form. This paradisaical world is primarily populated by children, as the symbol of innocence, which is one of the major themes of his work. Despite their astounding beauty, these works are far from unequivocal, there is something not quite right: what is real here and what is not? This gives the work of Ruud van Empel a fascinating depth, in addition to the enormous colour splendour and wealth of detail that make it a feast for the eye.

The exhibition presents samples of all the important series that van Empel has created in the past few years, including World, with children posing amid lush greenery or staring at the spectator from a pond, and Moon as its nocturnal counterpart, and Venus, with attractively posing nudes. These series, which have been displayed with great international success in the last few years, are preceded by The Office, with which van Empel began to develop his digital technique from 1995 onward. The exhibition also devotes much attention to his most recent work, Souvenir, with which van Empel added a new, very personal chapter to his oeuvre, and Generation, consisting of panoramic group photos. 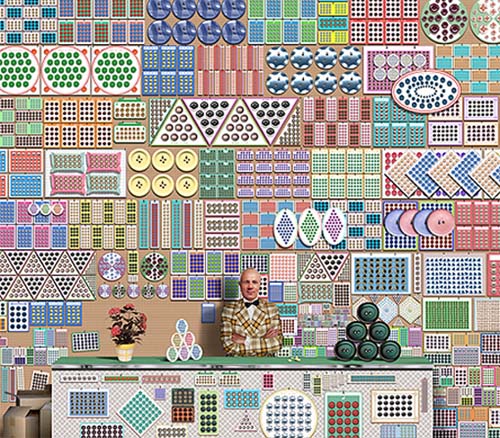