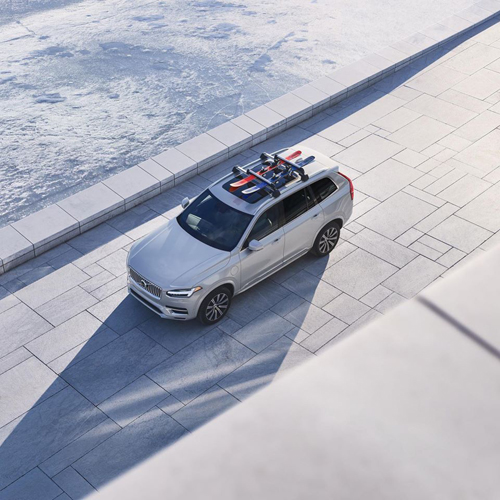 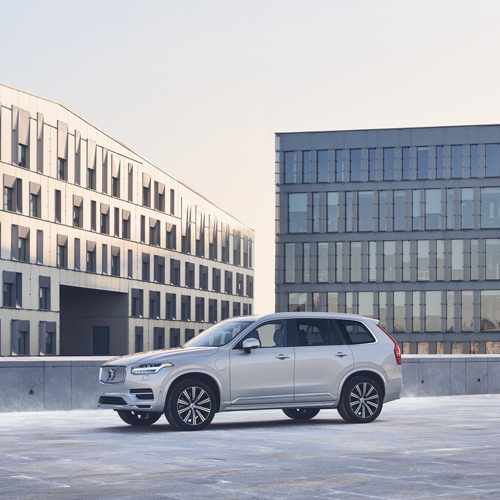 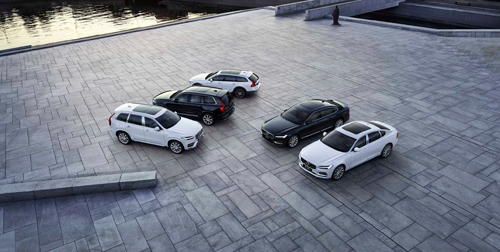 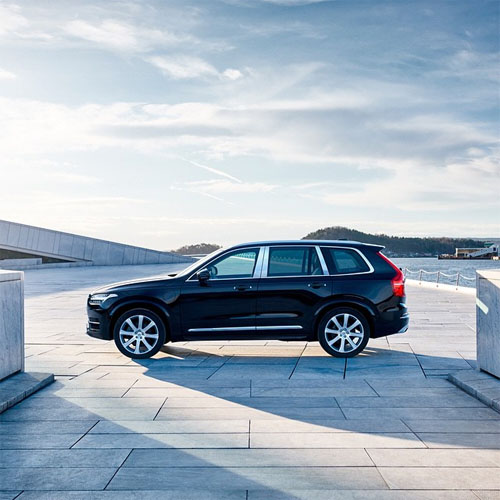 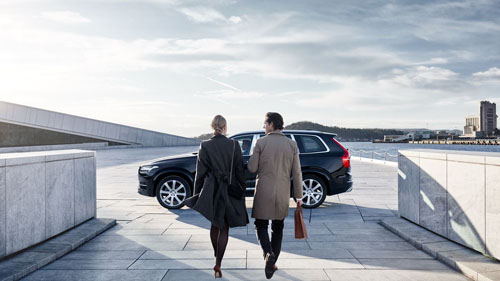 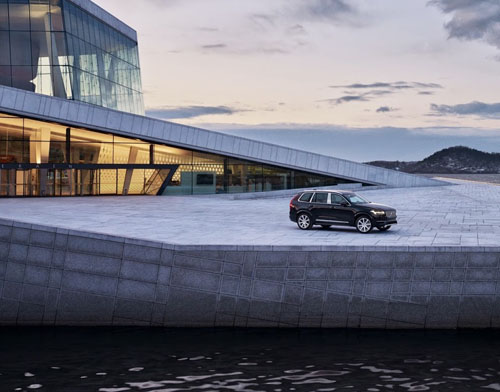 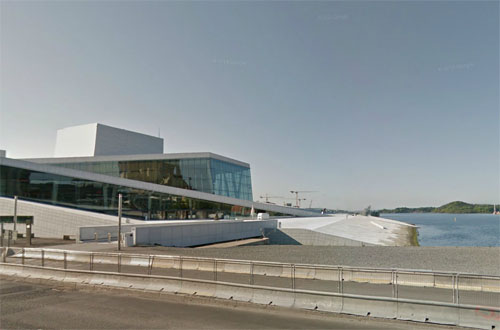 The Oslo Opera House (Norwegian: Operahuset) is the home of The Norwegian National Opera and Ballet, and the national opera theatre in Norway. The building is situated in the Bjørvika neighborhood of central Oslo, at the head of the Oslofjord. It is operated by Statsbygg, the government agency which manages property for the Norwegian government. The structure contains 1,100 rooms in a total area of 38,500 m2. The main auditorium seats 1,364 and two other performance spaces can seat 200 and 400. The main stage is 16 m wide and 40 m deep. The angled exterior surfaces of the building are covered with Italian marble and white granite and make it appear to rise from the water. It is the largest cultural building constructed in Norway since Nidarosdomen was completed circa 1300. 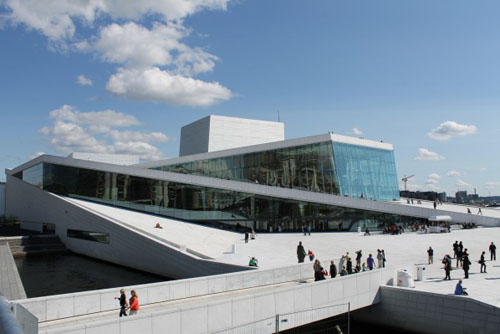 After a long national debate Norway’s legislature, decided in 1999 to construct a new opera house in the city. A design competition was held and of the 350 entries received, the judges chose that of the Norwegian firm Snøhetta. Construction started in 2003 and completed in 2007, ahead of schedule and 300 million NOK under its budget of 4.4 billion NOK. The gala opening on 12 April 2008 was attended by his majesty King Harald, Queen Margrethe II of Denmark and President Tarja Halonen of Finland and other leaders. During the first year of operation, 1.3 million people had passed through the building’s doors.

The Opera House won the culture award at the World Architecture Festival in Barcelona in October 2008 and the 2009 European Union Prize for Contemporary Architecture (Mies van der Rohe award). 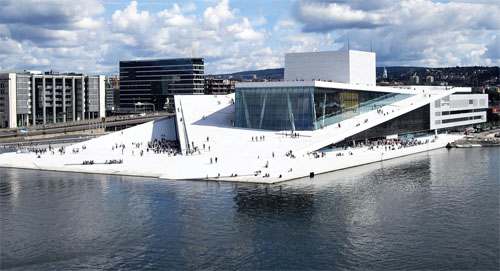 The roof of the building angles to ground level creating a large plaza inviting pedestrians to walk up and enjoy the panoramic views of Oslo. The angles and paving materials are also skateboard-friendly allowing skateboarders to use some areas. Skateboarders are discouraged from areas closer to performance spaces by the use of steps and paving not conducive to skateboarding. While much of the building is covered in white granite and La Facciata, a white Italian carrara marble, the stage tower is clad in white aluminum in a design by Løvaas & Wagle evoking old weaving patterns. 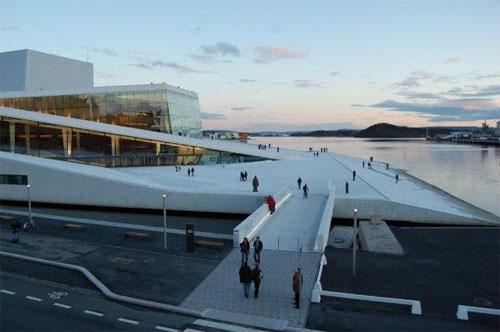 The lobby is surrounded by 15 m tall windows with minimal framing and special glass that allows maximum views of the water. The roof is supported by thin angled columns also designed not to interfere with views.

Interior surfaces are covered in oak to bring warmth to spaces in contrast to the coolness of the white exterior. The main auditorium is a horseshoe shape and illuminated by an oval chandelier containing 5,800 handmade crystals. Seats include monitors for the electronic libretto system, allowing audiences to follow opera libretti in Norwegian and English in addition to the original language. 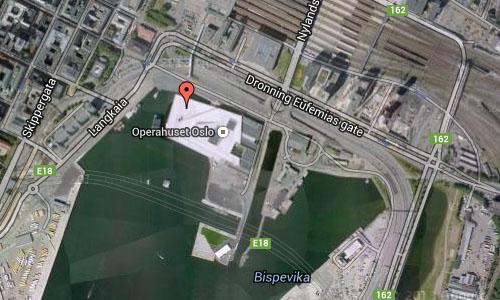 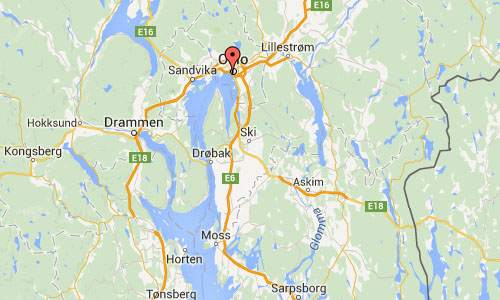