Svenska Akademien and Nobel Museum on Stortorget in Stockholm 🇸🇪 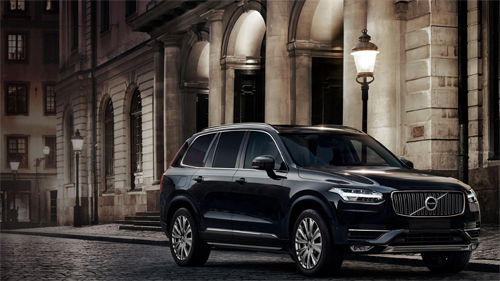 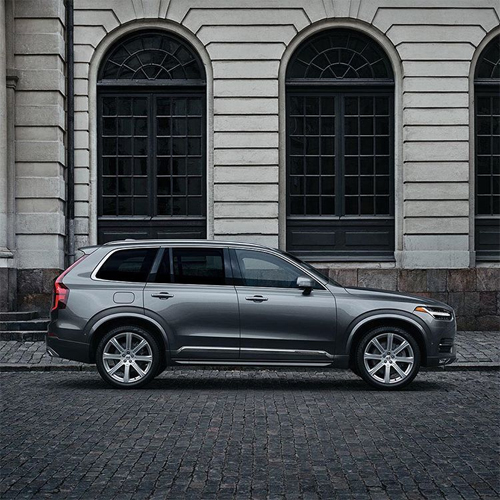 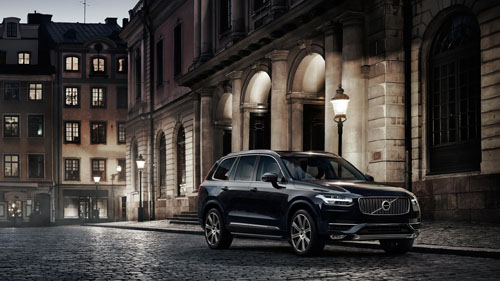 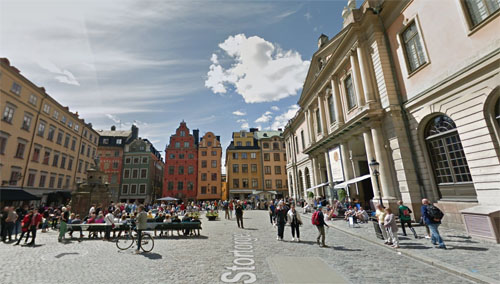 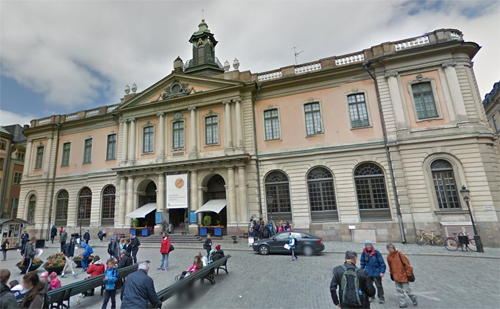 The Nobel Museum (Swedish: Nobelmuseet) together with the Swedish Academy and the Nobel Library, is located in the former Stock Exchange Building (Börshuset) taking up the north side of the square Stortorget in Gamla stan, the old town in central Stockholm, Sweden. The Nobel Museum is devoted to circulate information on the Nobel Prize, Nobel laureates from 1901 to present, and the life of the founder of the prize, Alfred Nobel (1833–1896). The museum features a gallery where artifacts donated by Nobel Laureates are showcased accompanied with personal life stories.

The Nobel Museum opened in the spring of 2001 for the 100th anniversary of the Nobel Prize. Since, the great demand for guided tours from school classes have made the premises in the old town cramped for space. Ambitions were to relocate the institution to a more suitable building on Skeppsholmen (or more specifically the secularized church Skeppsholmskyrkan), an islet further east in central Stockholm already interlarded with museums and others related institutions.

According to the manifesto of the museum, the intentions are to be a “reflecting and go-ahead spirited memory of the Nobel laureates and their achievements as well as of the Nobel Prize and Alfred Nobel”. To achieve these aims, the museum offers exhibitions, films, theatre plays, and debates related to science; besides the regular book and souvenir shops, and cafés usually found in museums. The museum boasts exhibitions featuring celebrities including Marie Curie, Nelson Mandela, and Winston Churchill.

For visitors who want to bring a piece of the museum home, a souvenir shop is available that contains items about Alfred Nobel and the museum. One of the most popular items is Alfred Nobel’s gold medal made in dark fair trade chocolate. Another one is the Swedish “dynamite” candy that is flavored with jalapeño pepper. During 2011, the souvenir shop collaborated with the artist Artan Mansouri who made paintings that symbolized Alfred Nobel’s life. Besides that, the shop offers a lot of educational toys for children, books by and about Nobel Prize Laureates, and also unique items only found in the Nobel Museum shop.

Besides offering a Nobel Museum shop, there also is Bistro Nobel featuring Nobel chocolate, Swedish cakes, and also lunch and dinner. At the bistro, Nobel ice cream is served as well; this ice cream can only be found in the Nobel Bistro. A perfect match with the Nobel ice-cream is the Nobel tea that is usually served every year at the Nobel banquet.

Stortorget (Swedish: The Big Square) is a small public square in Gamla Stan, the old town in central Stockholm, Sweden. It is the oldest square in Stockholm, the historical centre on which the medieval urban conglomeration gradually came into being. Today, the square is frequented by tens of thousands of tourists annually, and is occasionally the scene for demonstrations and performances. It is traditionally renowned for its annual Christmas market offering traditional handicrafts and food.

Located in the centre of the plateau of Stadsholmen, the square never was the stylish show-piece occupying the centre of many other European cities during the Middle Ages; it was created gradually, buildings and blocks around the square, still sloping west, occasionally added haphazardly. The exception being the Stock Exchange Building taking up the northern side of the square and concealing the Cathedral and the Royal Palace.

Today, Stortorget is the location of the Stock Exchange Building (Börshuset), which houses the Swedish Academy, the Nobel Museum, and the Nobel Library. Designed by Erik Palmstedt and built 1773–1776, it replaced the town hall that had occupied the lot for several hundreds years before and subsequently been relocated first to the Bonde Palace and then to the present Court House in 1915. The plan of the building, French Rococo in style, is a trapezium, the rounded corner of which greatly widened the flanking alleys. While the building is generally designed much like a private palace, the central pediment and the lantern-style cupola crowning the building underline its public status. The closed first floor, accommodating the Swedish Academy, contrasts the openness of the ground floor – a contrast enhanced during the restoration in the 1980s.

The present well on the square was also designed by Palmstedt and built in connection to the new Stock Exchange Building. It dried up in 1856 due to land elevation, however. It was relocated to Brunkebergstorg but moved back to its original location in the 1950s and is today connected to the city water conduit. 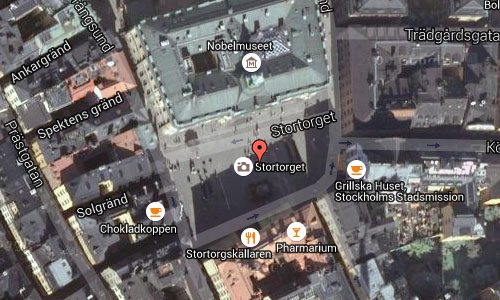 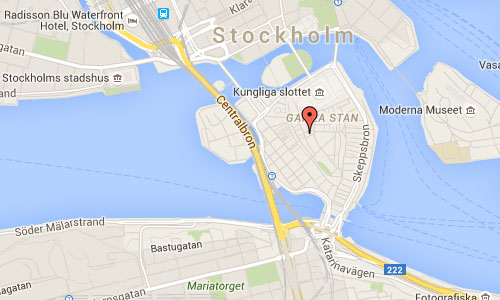 More information at www.nobelmuseum.se and en.wikipedia.org