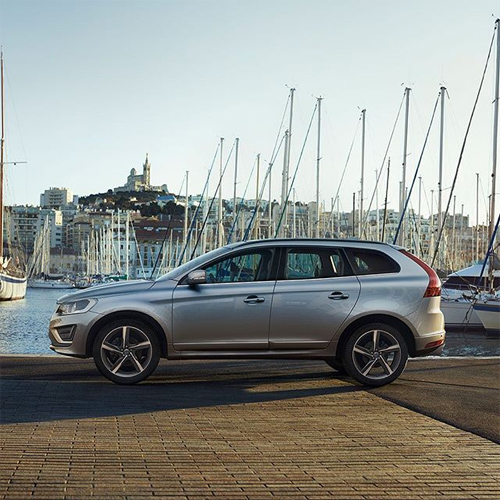 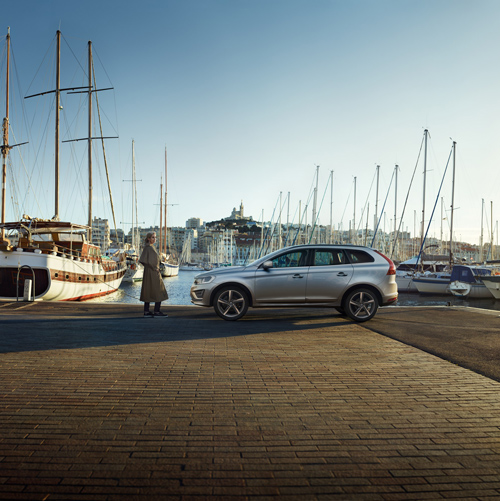 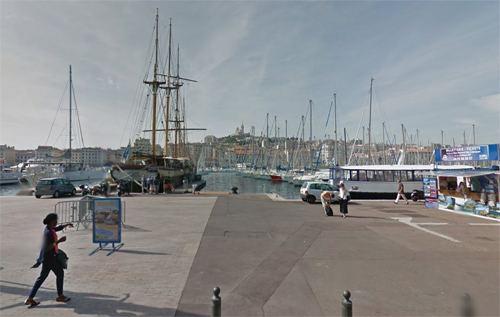 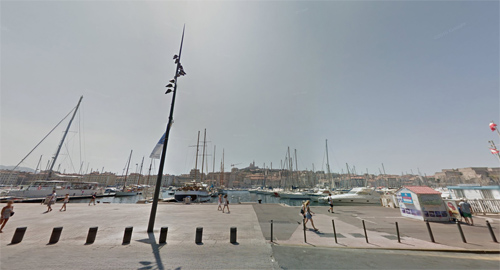 The Quai du Port is part of the Old Port of Marseille (French: Vieux-Port) is located at the end of the Canebière. It has been the natural harbour of Marseille since antiquity and is now the main popular place in Marseille, mainly pedestrian since 2013. The church on top of the hill in the background is the Basilica of Notre-Dame de la Garde.

In 600 BC, Greek settlers from Phocaea landed in the Lacydon, a rocky Mediterranean cove, now the site of the Old Port of Marseille. They set up a trading post or emporion in the hills on the northern shore. Until the nineteenth century the Old Port remained the centre of maritime activity in Marseille.

Between the fifteenth and seventeenth centuries, quays were constructed under Louis XII and Louis XIII and an important shipyard for galleons put in place. Following a revolt against their governor by the citizens of Marseille, Louis XIV ordered the erection of the forts of St Jean and St Nicolas at the entrance to the harbour and established an arsenal and fleet in the Old Port itself. The notorious “arsenal des galères”[1] was situated on the left side of the Old Port between the Cours Jean-Balard and the Cours Estienne-d’Orves: those condemned to be galley slaves in the royal war fleet were branded with the letters GAL.

Over time many port activities were moved out of the Old Port, when beginning in the 1840s new harbour moles, quays and the Docks were build along the quartier La Joliette, north-west to the Old Port. Over time new harbour installations were build further north-west along the coast, resulting in what is today the Grand Port Maritime de Marseille: continuous harbour installation as far as L’Estaque and the southern entrance to the Rove Tunnel, and “satellite” extensions around Fos-sur-Mer and along the shore of the Étang de Berre. The Old Port is used today as a marina, as a terminal for local boat trips and hosts a local fish market. Since 2013, for the European Capital of Culture, the Old Port is mainly destinated to pedestrians, it has been renewed as a large mineral public square following an international concourse won by Michel Desvigne Paysagistes, with Foster and Partners. The project also consists in a second phase with parks around the port, which will be realized in 2020 for a sum of €64 million. 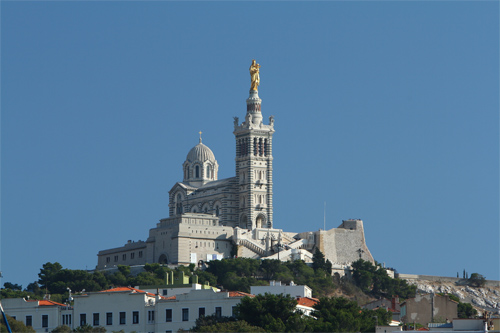 Notre-Dame de la Garde (literally Our Lady of the Guard), is a Catholic basilica in Marseille, France. This Neo-Byzantine church was built by the architect Henri-Jacques Espérandieu on the foundations of an ancient fort. The fort was located at the highest natural elevation in Marseille, a 149 m limestone outcrop on the south side of the Old Port of Marseille. It is an important local landmark and the site of a popular annual pilgrimage every year on Assumption Day, August 15.

The green limestone from the Florence area that was used to build the basilica was discovered to be sensitive to atmospheric corrosion. An extensive restoration took place from 2001 to 2008, including work on mosaics damaged by candle smoke and the impact of bullets during the Liberation of France at the end of World War II.

People from Marseille traditionally see Notre-Dame de la Garde as the guardian and the protector of the city. Local inhabitants commonly refer to it as la bonne mère (“the good mother”). 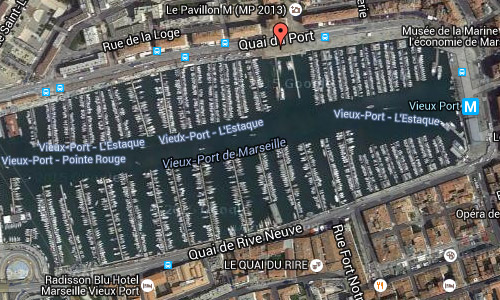 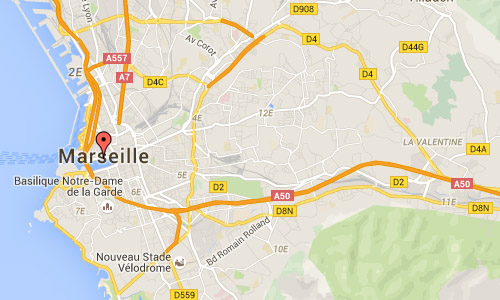