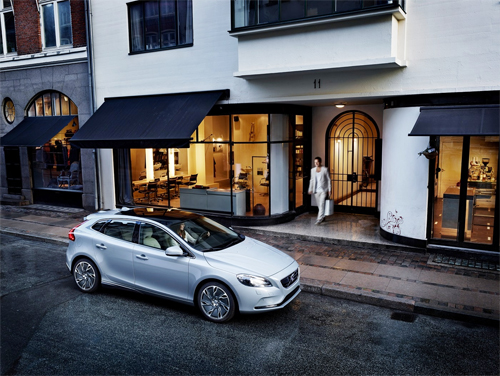 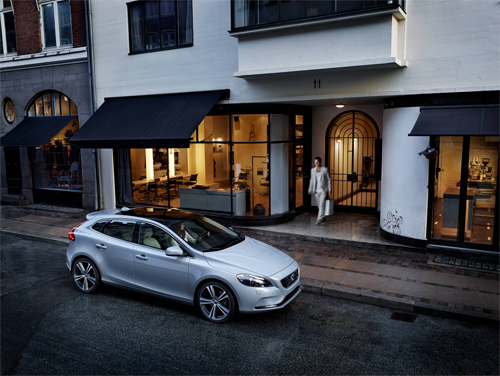 Store Strandstræde is a street in Copenhagen, Denmark. It extends diagonally from Kongens Nytorv, at the corner of Nyhavn and Bredgade, to Sankt Annæ Plads.

Architect Oscar Gundlach-Petersen (1886-1960) is the man behind this house on number 11 and the street’s most modern house, dating from 1935. This funkis house divided into five floors in the center of the subject is the moderate bay window located from the first floor to the fourth floor.

Store Strandgade is the last remains of a small road which ran along the coast line, connecting the old Eastern City Gate to Sankt Annæ Bro (English: Saint Ann’s Bridge) where the Custom House was built in 1628.

Jonas Collin lived at the address from 1802–38. He was a prominent citizen and leading patrons of the arts during the Danish Golden Age as well as a close friend and loyal supporter of Hans Christian Andersen. At that time there was an old and somewhat ramshackel house at the site which, back in the mid 17th century, had served as the residence of Bernardino de Rebolledo, the Spanish ambassador to Denmark at that time. Allegedly, Jonas Collin decided to move when it rained through the ceiling and onto the table in the presence of Bertel Thorvaldsen. In 1839 the Collins moved to 8 Amaliegade and later sold the property at Store Strandstræde to the pastery chef Christian Frederik Bredo Grandjean who was already operating a conditori from a pavilion in the courtyard behind the mainhouse.

Grandjean built the current house in 1854 with the assistance of the architect Christian Tyberg. Grandjean took up residence in the house and operated a restaurant and a conditori from the lower floors. It was frequented by a number of actors of artists, most notably Hans Christian Andersen who was a private friend of the Grandjean’s.