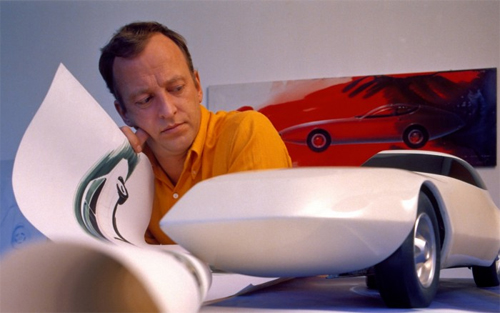 The man who turned the van into a station wagon.

– Follow the laws of nature and don’t complicate matters! Functional and sensible designs are often the best looking.
If that sounds easy, then there’s an opening for you as a car designer, because the words are those of Jan Wilsgaard, chief design engineer and stylist at Volvo, and one of the most important persons behind Volvo’s very successful station wagon concept.
Jan Wilsgaard bases his opinions on 35 years’ experience of designing cars. He came to Volvo in 1950, and one of his first jobs was to design better rear windows for the PV Duett Van, or the PV 445 as it was officially
termed. And now he can watch with satisfaction as the Volvo 760 and 740 Station Wagons are introduced.

You’ll have to really be aware of every step that is being made and all that are going to be made in design development. The Duett Van project started rather hesitantly.
– I think the matter was discussed about a year before Assar Gabrielsson, who headed Volvo at that time, gave the go-ahead for production. The car was at last to reach the marketplace, but only in a limited series. 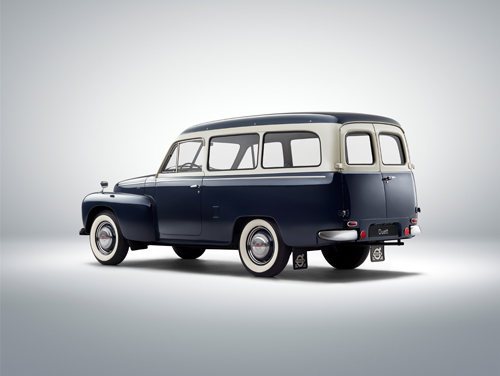 Right on time
A total of 1,000 of the PV445 Duett Van were built- and the model was a success. They already had station wagons in the USA – but Volvo was the first European manufacturer to introduce a model that could be used both as a private car and a transporter.

The Duett Van gave birth to a new design ideology and therefore it quickly formed its own market niche.
– The situation which the Duett created is similar in some ways to the situation we have today with the station wagons of the 760 and 740 Series, Jan Wilsgaard continues. They are also a new approach, a new solution to how one can combine many desirable features in one and the same car.

The five-door versions of the 760 and 740 have also created a niche for themselves. There is no other car in the market today that can compare in its ability to combine the benefits of a sedan with the very spacious cargo area of a wagon.
– The difference now, compared with the introduction of the Duett Van years ago, is that we are much more familiar with the market and know what it requires, Wilsgaard went on. 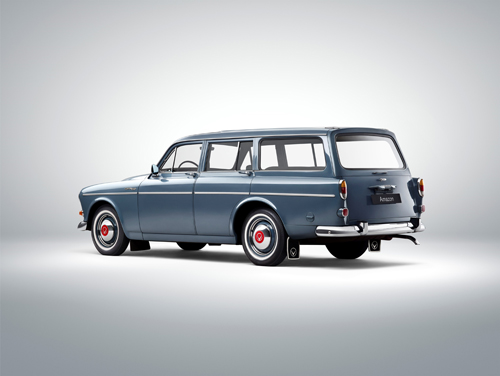 With an eye to the US
The next enterprising step by Volvo after the Duett was when it introduced the station wagon version of the Volvo 121/122 S.
– The main item for discussion at Volvo in those days was which way the rear doors would open.

A look to the US showed that American station wagons of those days had a tailgate that was horizontally split, approximately in the middle.
With the lower section folded down, it provided an extra platform when loading. It was also often possible to wind the window down into the bottom section of the tailgate.

Volvo 145 in the planning
Volvo decided on the horizontally split tailgate.

The Volvo PV 444 and 121/122 S were first intended to be produced only as sedans. The station wagon versions came quite a few years after the initial introduction. However, when Volvo was creating the successor to these cars, the 140, a station wagon was included in the planning from the very start. After the successes achieved by the Duett Van and the 121/122 S wagons, Volvo’s station wagon concept had already started to attract attention both at home and abroad and when the Volvo 145 was introduced to the market it was given a very enthusiastic reception. 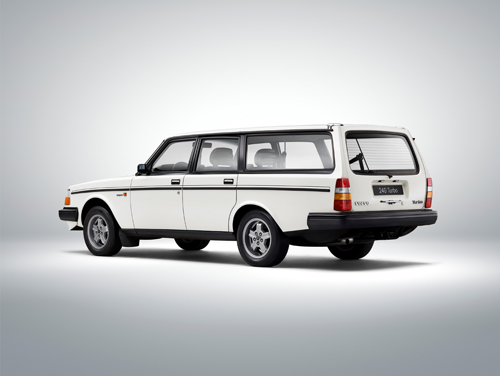 Welcome prestige – goodbye prejudice
– The 145 is a classic. Looking at it today, it is difficult to imagine that it is 20 years old. There can be very few other cars that have aged so little.

Out of the 145 evolved the Volvo 245 in 1974 and the station wagon programme continued to climb the ladder of success.

Step by step, as the 245 became more and more a prestige car, the elusion of it being longer and more cumbersome than the sedans was gradually wiped out.

– It was quite an easy impression to get since the car was much bigger inside, but it ended in exactly the same place as the sedan! By way of the DL and GL models, the station wagons became more powerful.

And in 1981 the 245 Turbo was introduced – a station wagon with sports car performance. With 155 horsepower under the bonnet, and options which included power steering and leather upholstery, the van-like image of yesteryear was gone for ever. The Volvo 240 station wagon has also been a great success. In its segment, it holds 38% of the European market. Its development has been explosive – from 26.7% in 1980 to about 38% in 1984.
The development of the Volvo 740 and 760 Series started way back in the 1970’s. Sedan and station wagon models were developed in parallel although for various reasons it was decided to introduce the two types at different times.

It was around 1975 that Jan Wilsgaard and his team started work on what was to become the 740 and 760 station wagons.
– When I have done my work, years of detailed design work remain to be done. Designs are tested, compared and checked. Today, Jan Wilsgaard is looking more and more to the 1990’s and the magical year 2000. 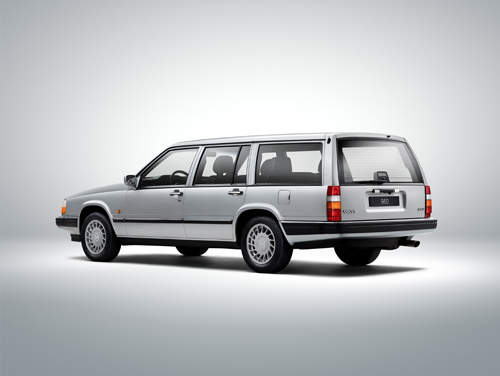 Looking in the crystal ball
– Cars will always have four wheels. The basic concept of today will remain the same. Just look back, what did cars look like about 15 years ago?
The things we are working with today are new materials. The all aluminium tailgate of our new station wagons is one example.

Jan Wilsgaard continues to look into his crystal ball. Up to now, his 35 years in the business have been extremely successful. Wilsgaard continues to keep about 10 years ahead of the field, and he has been doing so since the 1950’s when he first came to Volvo from the Gothenburg School of Applied Arts where he studied sculpture and interior architecture.

This proved to be an ideal combination for a car designer who works a lot with clay models and sketches. 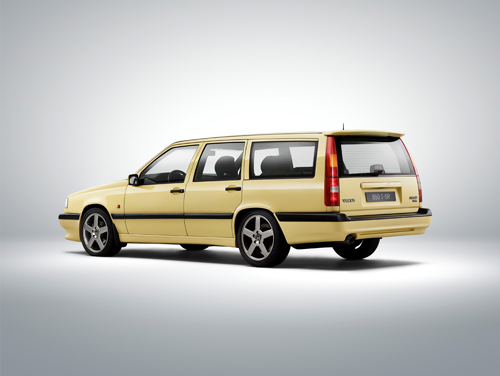 What will follow the gingerbread vogue?
– The 50’s brought us lots of standards but not a lot of fun. The vogue in those days was practicality, how many inches between cooker and table top, fitted units with painted hardboard doors – all very practical but rather dull.
– The 80’s brought back the whirly motifs of the gingerbread vogue with intricately worked things. We felt a need to associate with a specific product, feel that it was our own special kitchen – or car.
What the 90’s will bring, no doubt Jan Wilsgaard can already see in his crystal ball. The man who turned the van into a “limousine wagon” and Volvo into Europe’s leading make of station wagon in its segment.