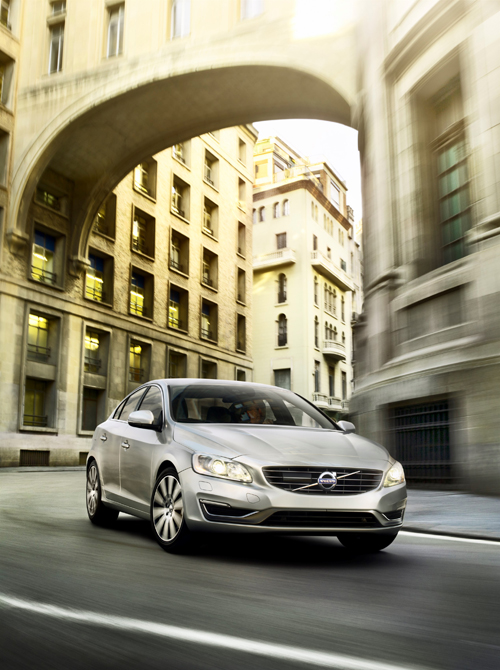 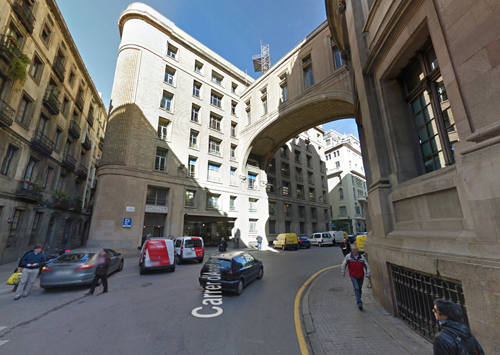 Carrer d’Angel J Baixeras is a street in the Gothic Quarter (or Barrio Gótico in Spanish) in Barcelona, Spain. At this location, the Spanish Postal services Correus has a postal office, hence the many yellow cars in the street today.

Angel J Baixeras was an Spanish architect and urbanist that lived between 1834 and 1892. He is mainly known for the creation of an urban project of reform of the old centre of Barcelona, the Plan of interior reform of Barcelona (1878). At the end of the 19th century, the City of Barcelona planned the expansion of its city in the Plan de Ensanche, elaborated by Ildefonso Cerdá in 1859. This plan foresaw the opening of three major avenues in the old town: two connecting the Ensanche with The coast (Muntaner and Pau Claris-Via Layetana) and another in perpendicular sense (Avenue of the Cathedral).

The Gothic Quarter is the centre of the old city of Barcelona. It stretches from La Rambla to Via Laietana, and from the Mediterranean seafront to Ronda de Sant Pere. It is a part of Ciutat Vella district.

The quarter was built primarily in the late 19th and early 20th century, though several buildings date from medieval times. Remains of the squared Roman Wall can be seen around Tapineria and Sots-Tinent Navarro to the north, Avinguda de la Catedral and Plaça Nova to the west and Carrer de la Palla to the south. El Call, the medieval Jewish quarter, is located within this area too.

The Barri Gòtic retains a labyrinthine street plan, with many small streets opening out into squares. Most of the quarter is closed to regular traffic although open to service vehicles and taxis.

Entering the Gothic Quarter is to make for Barcelona’s origins, the place where two thousand years ago the Romans founded Bàrcino. Today, we can follow the traces of that Roman city thanks to preserved fragments of the walls that encompass a perimeter which still marks the typical layout of a Roman town. The cardo, located along today’s Carrer Llibreteria, the decumanus along Carrer Ciutat and the Forum, where Plaça Sant Jaume is today, in the centre. Very close to this square, going up Carrer Paradís to the doorway of the ramblers’ club, the Centre Excursionista de Catalunya, you can find a millstone that signals the highest point of Mont Tàber, a hill rising 16 m above sea level and, inside, hidden in the patio of this Gothic building, four columns are preserved from the Roman temple that stood at this point.

The narrow streets and little squares of this neighbourhood invite you to wander around and let yourself be surprised by its charm and always lively atmosphere. There are many curious little corners, like Plaça Traginers, under one of the towers on the Roman walls; Plaça Sant Just, with the oldest medieval fountain in the city and an imposing Gothic church; and the Baroque Plaça Sant Felip Neri, with a central fountain that fills it with freshness.

Painters like Picasso, Casas, Novell and Russinyol have strolled through the Gothic Quarter looking for inspiration before entering the Quatre Gats cafe, on Carrer Montsió. Gaudí also walked here as he took his daily saunter to the church of Sant Felip Neri, as did the architect Domènech i Montaner on his way to find inspiration for the Palau de la Música. Thousands of visitors walk through the Barri Gòtic everyday, following in the footsteps of history.

The Gothic Quarter is one of two extremely popular pickpocketing hotspots in Barcelona, the other being La Rambla. It is a major problem in both areas of the city. Tourists are advised to be wary when in these areas. 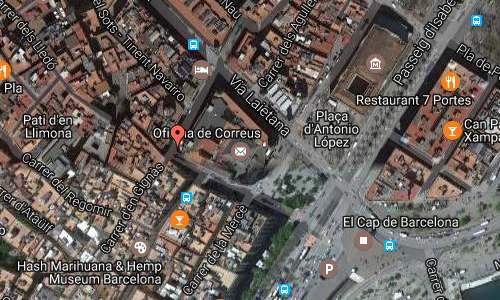 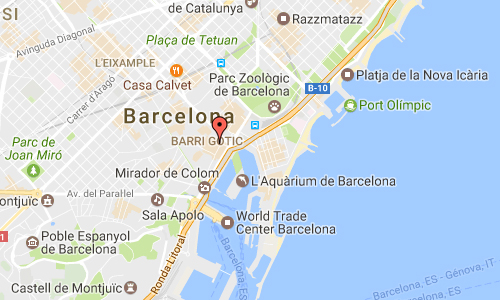