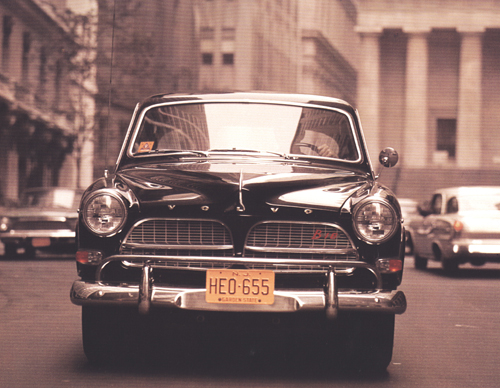 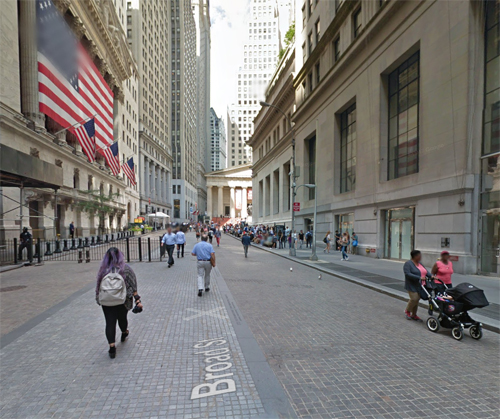 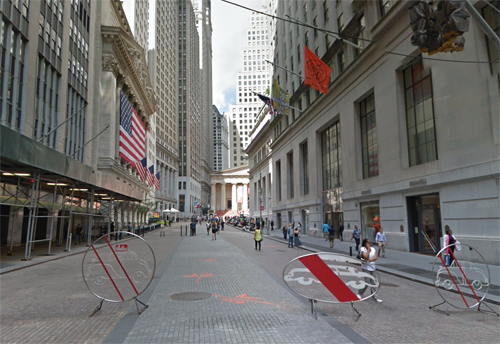 Broad Street is a narrow street located in the Financial District in the New York City borough of Manhattan. It stretches from South Street to Wall Street.

Originally the Broad Canal in New Amsterdam drawing from the East River, the canal was filled in 1676 after numerous fruit and vegetable vendors made it difficult for boats to enter the canal. Early establishments on Broad Street in the 1600s included the Lovelace Tavern, the Fraunces Tavern, and the Royal Exchange. Later on the area became the center of financial activity, and all smaller buildings in turn were replaced with grand banks and stock exchange buildings. Most of the structures that stand today date from the turn of the 20th century, along with more modern buildings constructed after the 1950s. 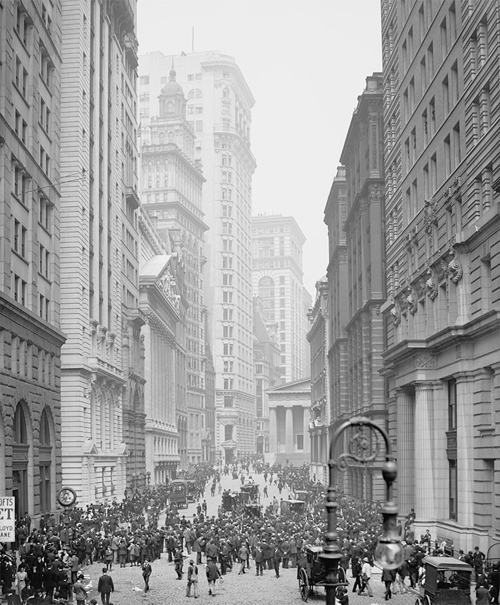 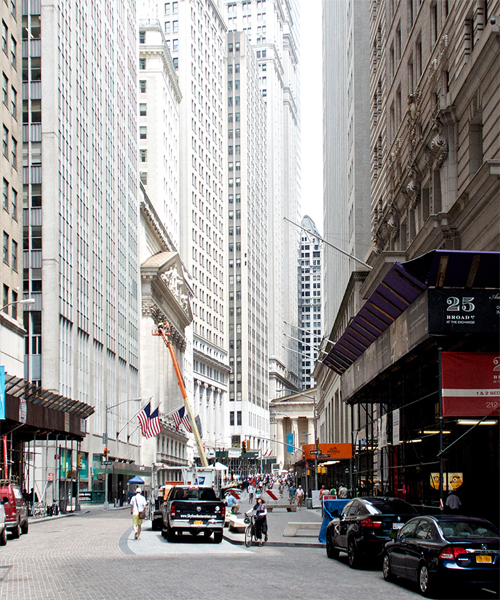 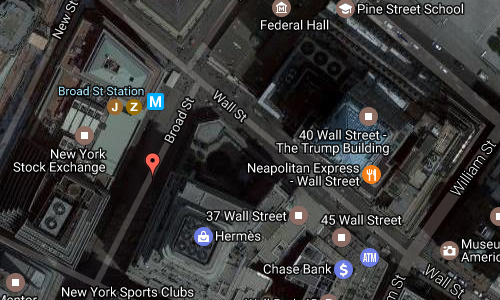 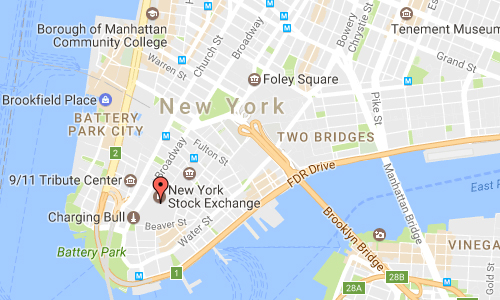 More information at en.wikipedia.org and www.nyc-grid.com.