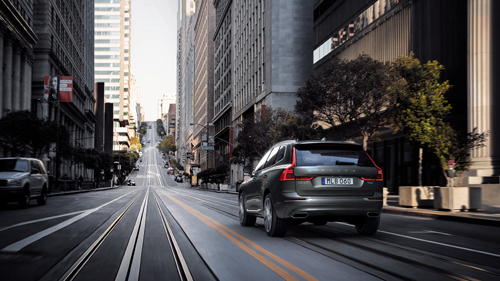 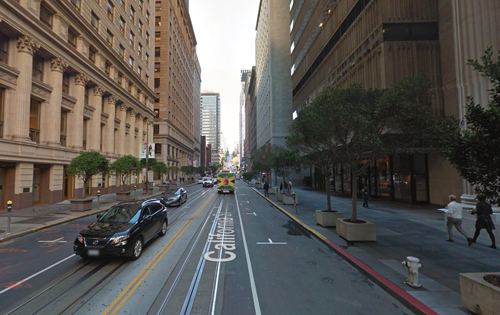 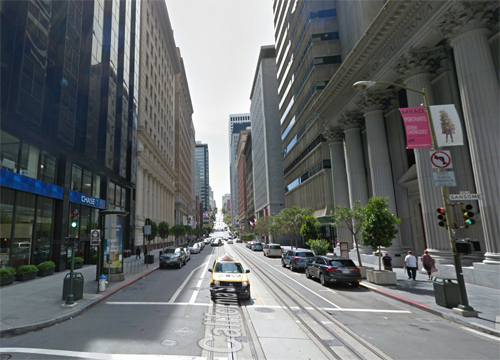 California Street is a major thoroughfare in San Francisco, California. Fifty-four blocks of California Street, from Van Ness Avenue westward to 32nd Avenue, comprised the last major leg of the final 1928 alignment of the Lincoln Highway, the first road across America, leading out to the highway’s western terminus in Lincoln Park.

California Street is one of the longest streets in San Francisco, and includes a number of important landmarks. It runs in an approximately straight 8.4 km east-west line from the Financial District to Lincoln Park in the far Northwest corner of the City. It begins at the intersection of Market Street and Spear Street in front of the Hyatt Regency Embarcadero Center, one block from the Ferry Building, then travels over Nob Hill, through Lower Pacific Heights, Laurel Heights, and the Lake District. The street makes a slight bend in at the intersection of Cornwall Street and 7th Avenue, then parallels the edge of the Presidio of San Francisco through the Richmond District until its dead-end terminus at 32nd Avenue, at Lincoln Park. The route has four to six lanes for its entire length, and a cable car line on the Eastern portion from Market to Van Ness Avenue. 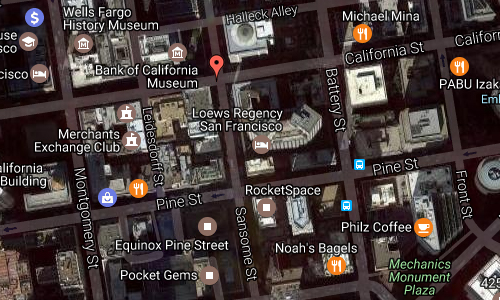 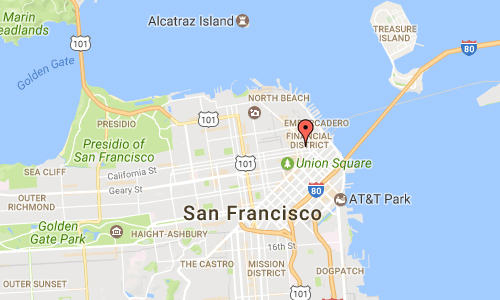