2003 – Volvo V70 R on Albovägen (9) just outside Brösarp to Ravlunda in Österlen, also known as one of the most beautiful roads in Sweden 🇸🇪. 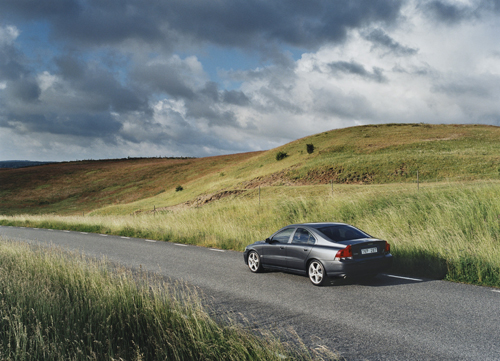 Riksväg 9 is a road crossing Brösarps backar between Brösarp and Ravlunda in eastern Skåne. This road is also know as one of the most beautiful roads in Sweden!

According to a survey conducted by the company YouGov together with the car company Kia, it was found that the Swedes favorite road is road 9 between Brösarp and Ystad. A total of 15 percent of the approximately 1,000 interviewees stated that they preferred to travel this route during their vacation and considered that highway 9 was Sweden’s most beautiful route.

Brösarp is a locality situated in Tomelilla Municipality, Skåne County, Sweden near the Hallamölla waterfall, with 680 inhabitants in 2010.