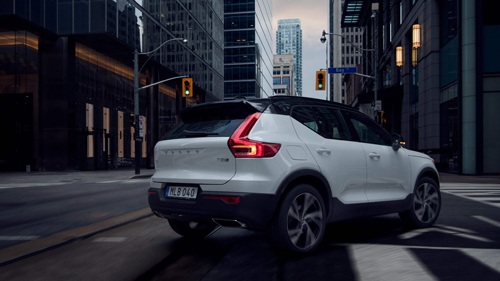 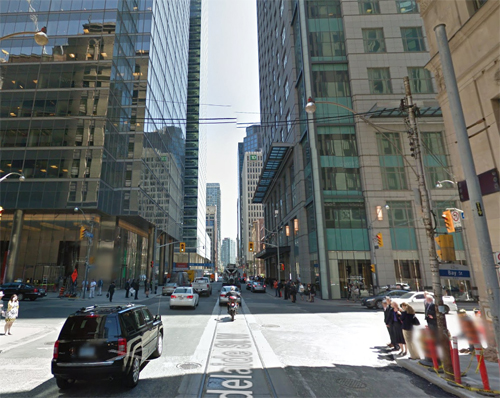 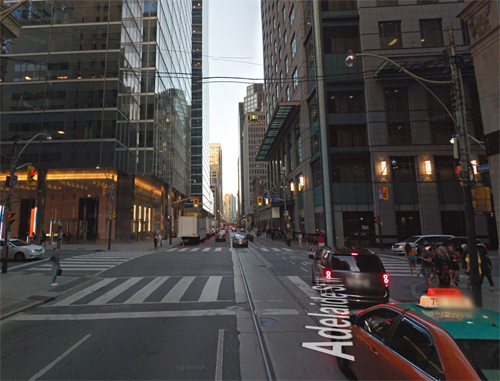 This location is at the corner of Adelaide Street West and Bay Street in Toronto, Canada. It is in the Financial District of Toronto.

The Financial District is a business district in Downtown Toronto, Ontario, Canada. It was originally planned as New Town in 1796 as an extension of the Town of York (later the St. Lawrence Ward). It is the main financial district in Toronto and is considered the heart of Canada’s finance industry. It is bounded roughly by Queen Street West to the north, Yonge Street to the east, Front Street to the south, and University Avenue to the west, though many office towers in the downtown core are being constructed outside this area, which will extend the general boundaries. Examples of this trend are the Telus Harbour and RBC Centre. 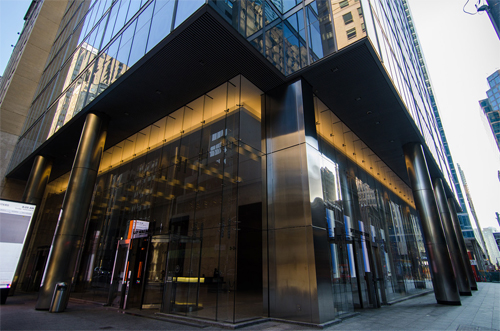 It is the most densely built-up area of Toronto, home to banking companies, corporate headquarters, high-powered legal and accounting firms, insurance companies and stockbrokers. In turn, the presence of so many decision-makers has brought advertising agencies and marketing companies. The banks have built large office towers, much of whose space is leased to these companies.

The bank towers, and much else in Toronto’s core, are connected by a system of underground walkways, known as PATH, which is lined with retail establishments making the area one of Toronto’s most important shopping districts. The vast majority of these stores are only open during weekdays during the business day when the financial district is populated. During the evenings and weekends, the walkways remain open but the area is almost deserted and most of the stores are closed. 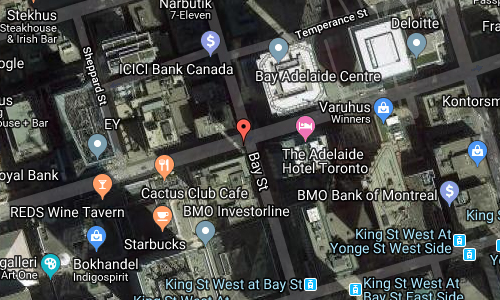 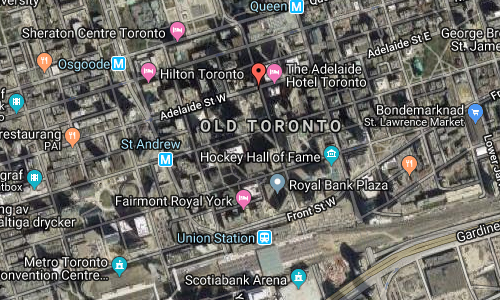 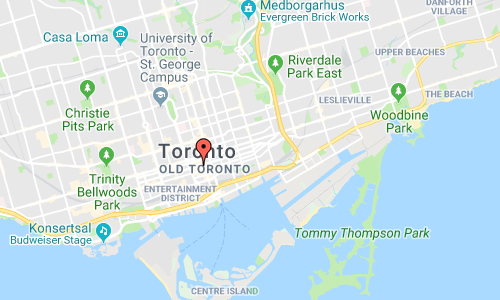 Big thanks to Chao, for finding this place in Toronto!