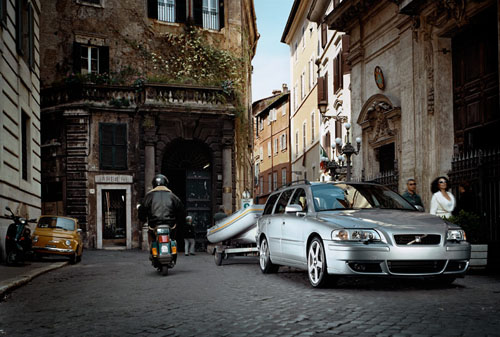 Established as titulus S. Antonii in Campo Martio in 2001, it is currently assigned to Cardinal Manuel José Macário do Nascimento Clemente.

The national church of the Portuguese people was designed by Martino Longhi the Younger (1638), Carlo Rainaldi (1657), and finally by Cristoforo Schor (1697), replacing a 15th-century church built under the initial patronage of Cardinal António Martins de Chaves. The ribbed dome (1674–76) was designed by Rainaldi.

The ceiling is stuccoed by Pompeo Gentile and frescoed by Salvatore Nobili. In the first chapel, the neoclassic monument to Alexandre de Sousa Holstein was sculpted by Antonio Canova in 1806; the second chapel has a Baptism of Christ by Giacinto Calandrucci, and a Circumcision of John the Baptist by Nicolas Lorrain. A second monument in the chapel is also by Calandrucci.

The main altar has an Apparition of the Virgin. Another chapel includes a funerary monument to ambassador Manuel Pereira de Sampaio by Pietro Bracci from 1750. The second chapel has three artworks by Lorrain: a Nativity, Adoration by the Magi, and Repose in Egypt. The first chapel on the left has an altarpiece of Madonna with child and Saints Antonio of Padua and Francis by Antoniazzo Romano.

More information at en.wikipedia.org and ipsar.org.