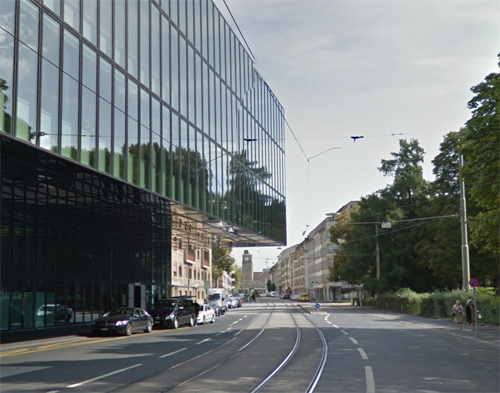 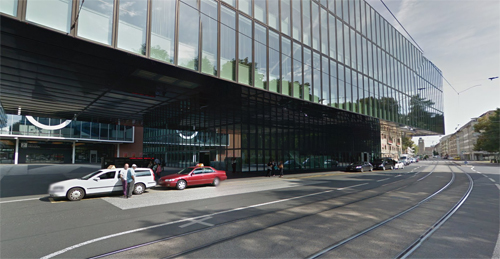 The Basler Messeturm (Basel Trade Fair Tower) is the third tallest building in Basel, Switzerland. Completed in 2003, it has 32 floors and is 105 m tall.

There is a bar on the top floor. The Ramada hotel chain operates a 200-room four-star hotel in the building, which also includes offices.

With the decision of Messe Basel in 1994 to maintain the traditional exhibition location, the need arose to revise and supplement the existing buildings. In addition to a new, more efficient exhibition building, a high-rise building was also considered in the adopted master plan «Messe Basel Plus». There was hardly a public discourse on the construction project in Basel. For the realization of the construction project in 1997 a one and a half year competition period was launched. A requirement of the architectural competition was that the high-rise building height should not exceed 90 meters. In the first phase of the competition, the winning design by ” Morger & Degelo & Daniele Marques ” was also included. In the revised version, the roof edge was raised to 105 meters to give the proportions an elegance due to the stocky floor plan. 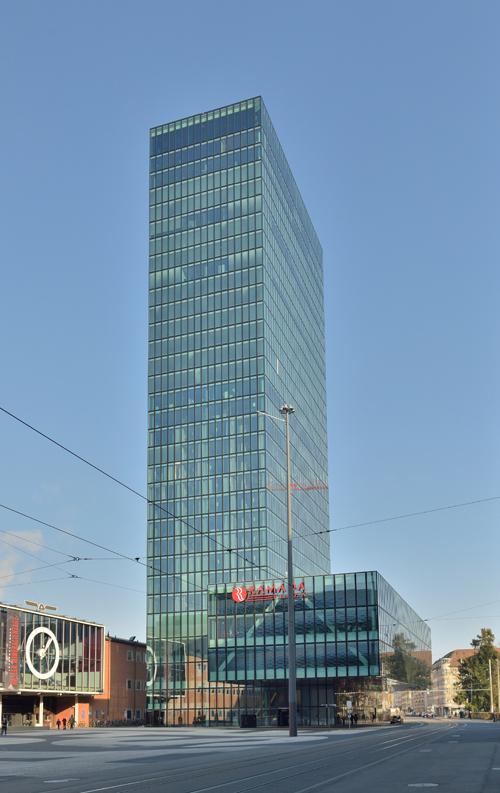 The Messeturm Basel is located on the eastern edge of the Messeplatz , north of the Rosentalanlage . It is thus an integral part of the exhibition center in Basel . Due to its height, it is a dominant feature of urban planning and is widely visible in Basel due to the comparatively small number of high-rise buildings in Basel. Several Basel tram lines pass by the Messeturm. The Messeplatz is a stop and an important tram transport hub in the right bank of the Rhine. Access to the hotel is via Rosentalstrasse, which is a branch road. Apart from the trams, the area around the Messeturm is designed as a pedestrian zone. North of the Messeturm, Hall 2 of the Messe Basel, designed by Hans Hofmann , stands out with its large clock on the glass façade. Southeast of the Messeturm is the exhibition car park.

The 105-meter-high Messeturm in Basel consists of a strictly vertical main body and a laterally cantilevered structure that seems to overlap visually with the tower just barely. Since the lateral structure is only two stories high, it also appears through the brief overlap, as if he were floating. The hardly profiled outer shell of the skyscraper consists of a green-bluish glass facade. 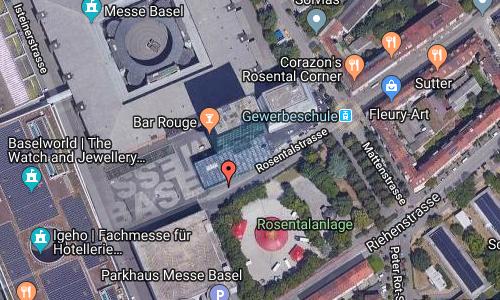 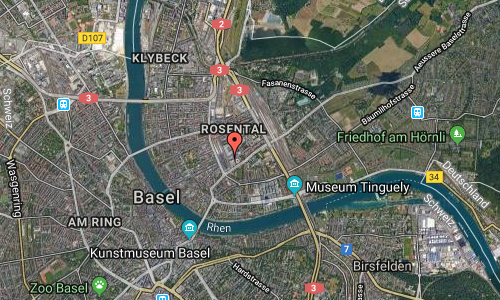 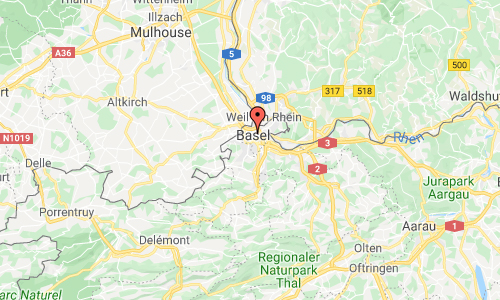