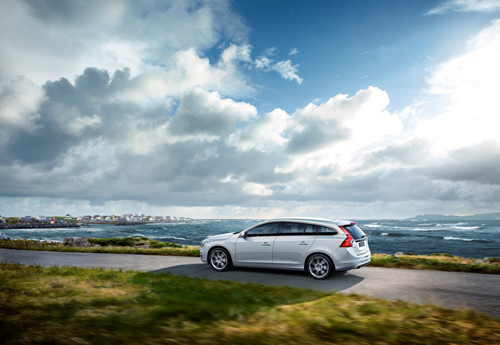 Fv127 near Hestevika is located on Alnes in Godøya, Norway.

The predominant feature of the village is the Alnes Lighthouse which was built in 1876. The lighthouse is still in operation and it is accessible for tourists. It also houses an art gallery and a small historical museum. In 2006, the population was 205, but as the population dropped below 200 the next year, so Alnes is no longer counted as an urban settlement and so the population is no longer tracked by Statistics Norway.

Alnes lighthouse was established in 1852 to guide fishing boats safely to the harbor of the small fishing community of Alnes on Godøy island on the west coast of Norway. It is located on the north side of Godøy island in the municipality of Giske in Møre og Romsdal county, about 4 kilometres northwest of Leitebakk.

The current lighthouse was built in 1876 and is still in operation with a few modifications.

The lighthouse was automated in 1982 and is now owned by the municipality of Giske. The galley and the tower are open for tourists from May through October, and the old keeper’s house has a café and an exhibition hall where artwork from local artists are displayed. There is also a small historical museum inside the lighthouse tower. Only a 30-minute drive from Ålesund, it is easily accessible for visitors and is one of the most visited lighthouses in Norway.

More information at en.wikipedia.org and visitnorway.com.