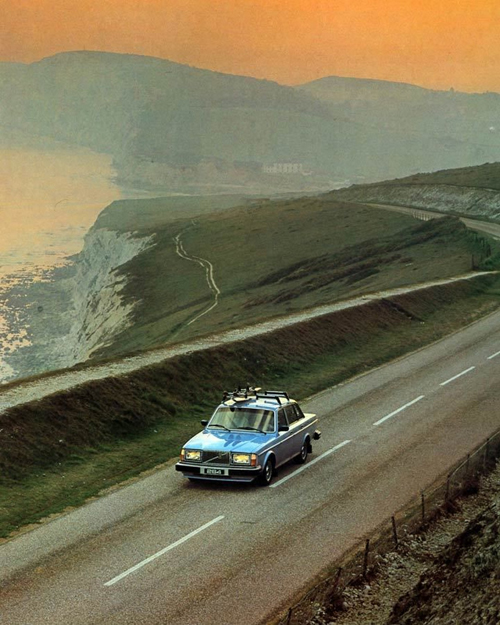 1980 – Volvo 264 GLE at Military Road or A3055 between Freshwater Bay and Compton Bay on Isle of Wight, United Kingdom 🇬🇧. 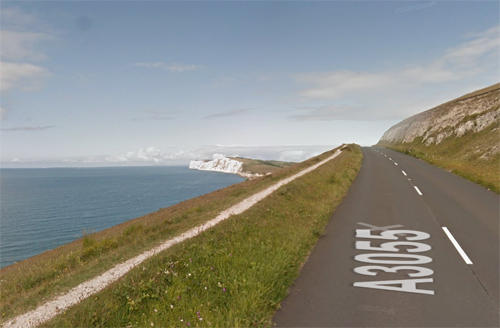 Military Road or A3055 runs between Freshwater Bay and Compton Bay on the Isle of Wight, United Kingdom. 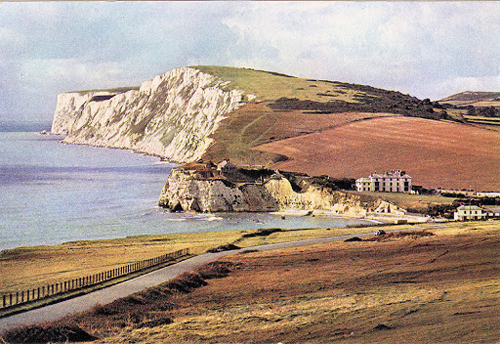 Due to the lack of grazing on the cliffs above the bay, the native chalk ecosystem has thrived. Atop the cliffs, the Island’s county flower, the pyramidal orchid, can be found, while the rare Glanville fritillary butterfly also lives in large numbers supported by the native flowers. There are also other hardy plants, such as common gorse bushes and wild cabbage.

The bay is popular with wave and kite surfers due to the waves that form when the prevailing south-westerly wind is blowing onshore. The beach is gently shelving and consists mostly of sand, with a few lengths of submerged rock, although at high tide the sea covers the beach almost completely. The car park and its public facilities are owned by the National Trust, as is the coastal strip of land. The Isle of Wight Coastal Path runs along the cliff around the bay. 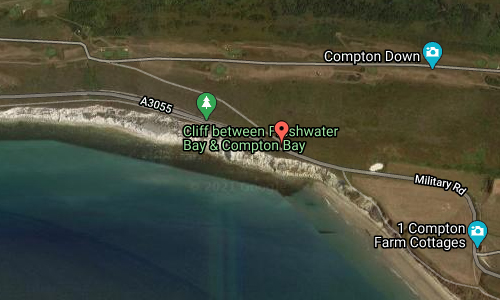 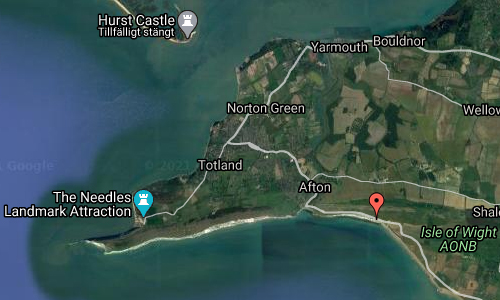 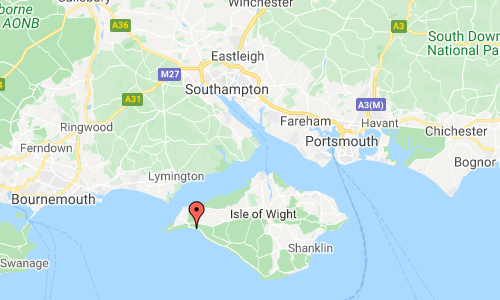 More information at en.wikipedia.org and visitisleofwight.co.uk.