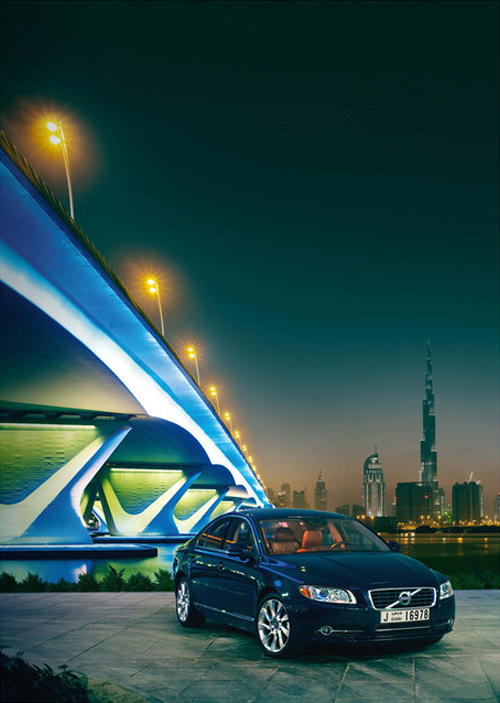 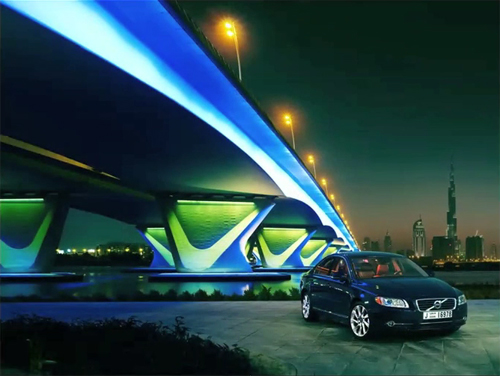 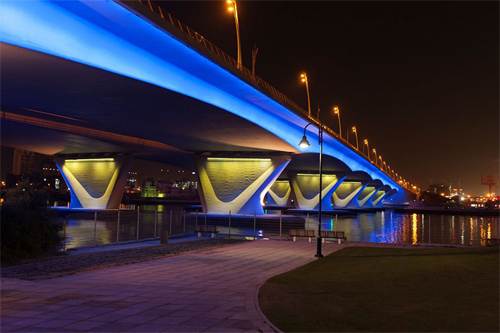 Al Garhoud Bridge is one of three road bridges over Dubai Creek, and one of five crossings, in Dubai, United Arab Emirates.

Al Garhoud Bridge forms the eastern end of the road toll (called Salik) that went into effect on 1 July 2007. Since the beginning of Salik, Al Garhoud Bridge has seen low amounts of traffic for Dubai.

To solve the major traffic problems caused by the old bridge, a replacement was constructed between 2006 and 2008 by Belgian main contractor BESIX. The bridge, which cost 415 million dirhams, was meant to add more lanes of road that cross Dubai Creek. The new Al Garhoud Bridge has a total of 14 lanes, 7 in each direction. It is able to handle 16,000 vehicles per hour. Construction of the bridge began in February 2006. The bridge is 520 m long and 16 m above the water. On 15 March 2008, as had been scheduled, all lanes on both sides were opened.

The old bridge was demolished after the new bridge opened. 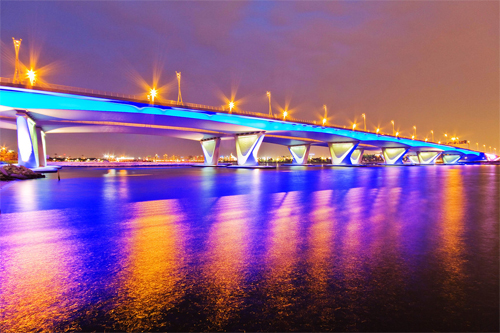 Shortly after the bridge opened, the Roads and Transport Authority announced that Al Garhoud Bridge would be decorated with artwork that look like sand dunes during the day and waves at night with the aid of lighting. 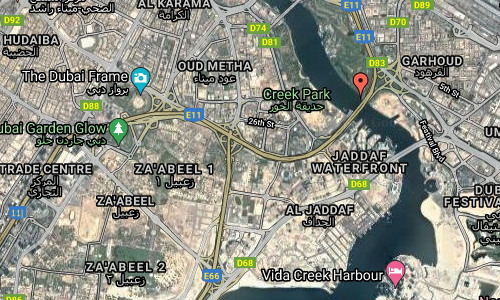 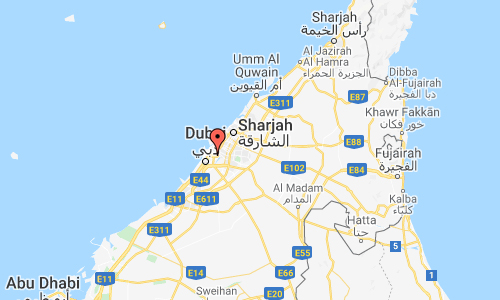 More information at designgroupoz.com and en.wikipedia.org.