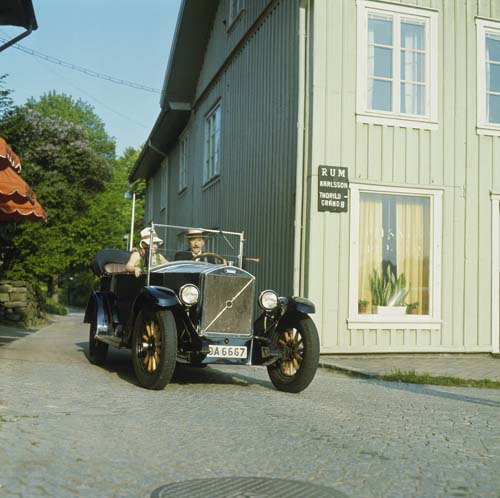 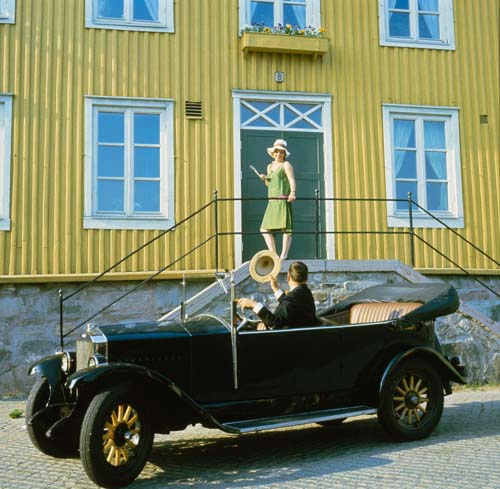 The Municipality of Kungälv is situated in the county of Västra Götaland, and borders the municipalities of Gothenburg, Stenungsund, Tjörn and Ale. Kungälv is located in one of Sweden’s most expansive regions.

The geographical position on the coast and well established communications between Kungälv and the city of Gothenburg combine to attract people who want to make a life here.

According to Swedish official sources Kungälv was founded in 1612, when the former settlement at Kungahälla was moved to the Bohus Fortress. However, this is disputed due to the fact that other sources indicate that it was the capital of Norway at one point under Sigurd I Magnusson.

The yellow house on the picture is named Strandska huset (Stora Torget 8, Kungälv).

Västra Gatan and Stora Torget in Kungälv was the old connection route through the city originating in the late 1600’s. The ancient city’s natural center was for centuries the main square (Stora Torget), around which the church, school, hospital, town hall and tavern was located. The plot was formerly the old almshouses and asylums, a wooden building which was devastated by a fire in May 1796. After the fire, the city offered the property for sale.

The merchant David Weming purchased the site in 1804 and built a new building, namely ‘a neat two-storey’ (‘ett prydligt två våningshus’). The current log house built between 1807-1814 probably by a local unkown builder. The property was owned by the family for 1842. Building has two floors with broken roofs and gables of the building with two coach house, situated on the western neighboring property Skarpe North 6 (who is also the monument in 1983). The facade is covered with yellow-painted cover boarding and window borders are painted white. Room division, and the layout is largely unchanged despite several renovations. The kitchen has retained its ancient character with an iron stove and cooker hood. The house has a dominant position in the Stora Torgets northern part and forms an important part of the well-preserved wooden house settlement with the character of the early 1800s. On the grounds there is also a small wooden building, painted in a gray-white color, built around 1900. Warehouse Operative Nils Strand acquired the property in 1905. Then decorated also post offices on the ground floor. The house then became the first in Kungälv where installed central heating was installed. The building was completely renovated in conjunction with the new owner acquired it in 1969. (Source)

Today The Strandska Institute of Coaching and Consulting is located in this building.