Nordkulan or BC-fabriken at Volvo factory in Lundby in Göteborg 🇸🇪 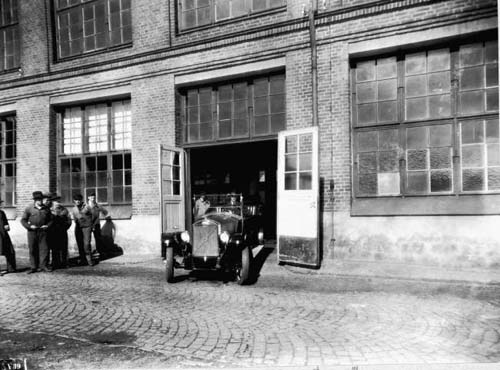 1927-04-14 The first Volvo ÖV4 is leaving the Nordkulan or BC- fabriken at Volvo factory in Lundby, Göteborg 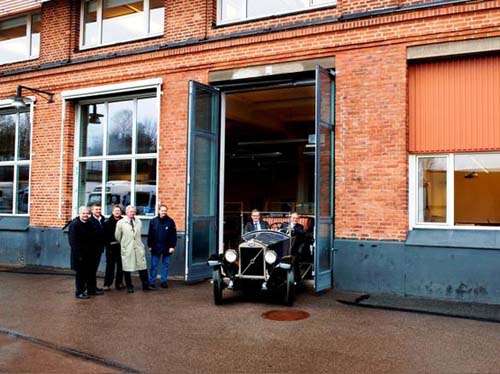 1927 – Volvo ÖV4 at Nordkulan Volvo factory in Lundby in Göteborg

1927 – Volvo ÖV4 at Nordkulan Volvo factory in Lundby in Göteborg

On 14 April 1927, the first series-produced Volvo car leaves Lundby Göteborg factory. 85 years later, the Volvo Group is one of the world’s largest manufacturer of commercial vehicles and Volvo Cars approaches the 500 000 sold cars per year. 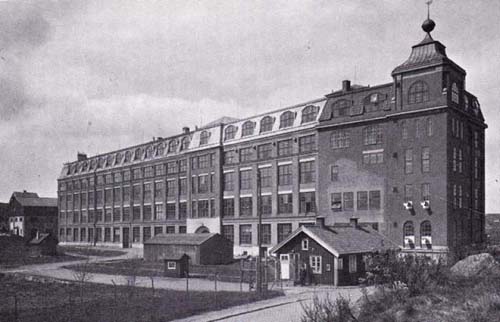 It was ten o’clock on the morning of 14 april 1927, when sales manager Hilmer Johansson drove the first production ÖV4 through the factory gates in Lundby, Göteborg. 85 years later, the car rolls through the exact same port to celebrate Volvo’s birthday.

Behind the wheel sits Stefan Jacoby, president of Volvo Car Corporation, and Olof Persson, President and CEO of Volvo Group. “It’s a fantastic car, but one may well conclude that it happened some 85 years,” said Stefan Jacoby, who recently premiered demonstrated the new V40-ROM at the Geneva Motor Show.

“Nordkulan” Volvo’s first car factory. Cars were assembled here for a period of just over ten years, until around 1938. Production took place on different floors and the cars had to be hoisted between them with the help of ropes.

Volvo’s production initially took place in the so-called BC factory, which also went by the name “Nordkulan” after Nordiska Kullager Aktiebolaget’s operations. This is also the building that has the longest and most exciting Volvo history. The building should be treated with care and as a valuable and culturally interesting building. Despite distortions, much of its original condition is certainly preserved behind later additions.

During the first years, Volvo used only two floors, but this was soon expanded and then four floors were taken up by the assembly, while the top floor was a dining room for the factory’s employees. The saddle factory was located on the fourth floor of the BC factory.