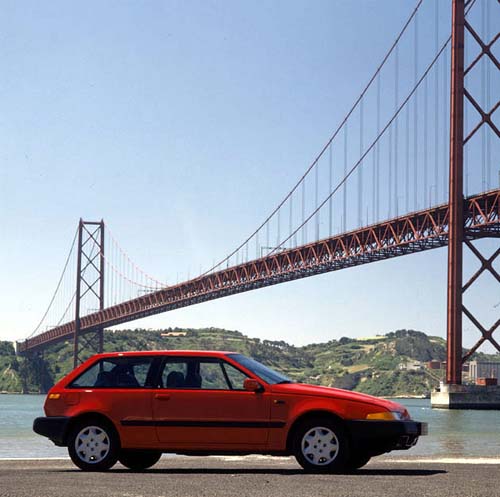 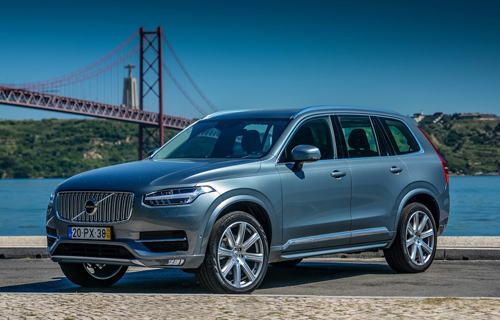 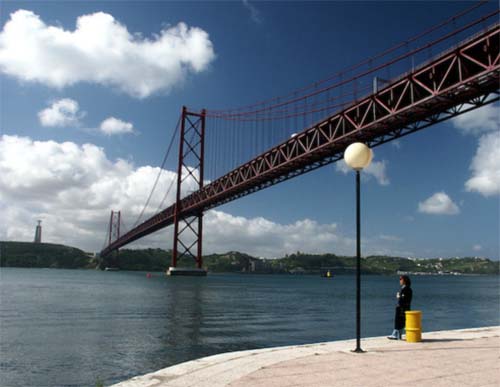 The 25 de Abril Bridge (Ponte 25 de Abril “25th of April Bridge”) is a suspension bridge connecting the city of Lisbon, capital of Portugal, to the municipality of Almada on the left (south) bank of the Tejo river.

It was inaugurated on August 6, 1966 and a train platform was added in 1999. Because it is a suspension bridge and has similar coloring, it is often compared to the Golden Gate Bridge in San Francisco, USA. In fact, it was built by the same company (American Bridge Company) that constructed the San Francisco-Oakland Bay Bridge and not the Golden Gate, also explaining its similarity in design. With a total length of 2,277 m, it is the 23rd largest suspension bridge in the world. The upper deck carries six car lanes, while the lower deck carries two train tracks. Until 1974, the bridge was named Salazar Bridge (Ponte Salazar).

The 25 de Abril Bridge is based on the San Francisco – Oakland Bay Bridge [SFOBB] near the Golden Gate Bridge in San Francisco, USA. Both SFOBB and the 25 de Abril Bridge were built by the same company. The American Society of Civil Engineers says that “Like its sister bridge, the SFOBB in San Francisco, the Tagus River Bridge is located in an area with a long history of earthquakes” and seismic data had to be taken into account in its construction. Another sister bridge is the Forth Road Bridge in Edinburgh.

Upon completion the bridge had the longest suspended span and the longest main span in Continental Europe, the world’s longest continuous truss, and the world’s deepest bridge foundation. It was the fifth largest suspension bridge in the world, the largest outside the USA. 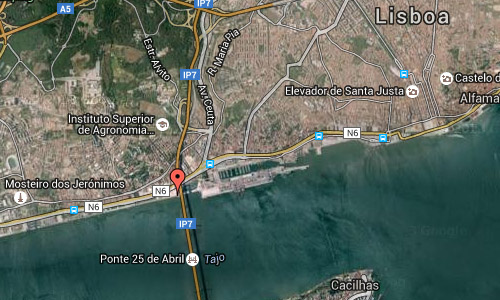 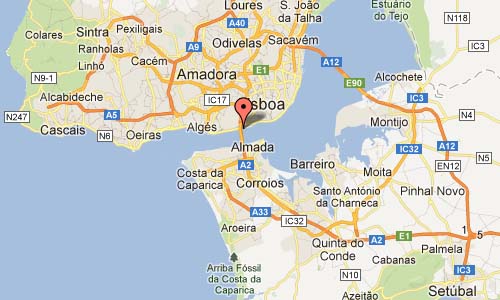 More information at en.wikipedia.org and www.golisbon.com.