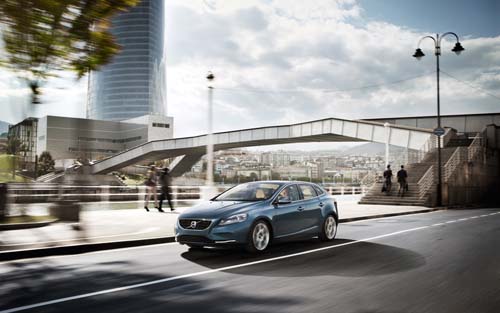 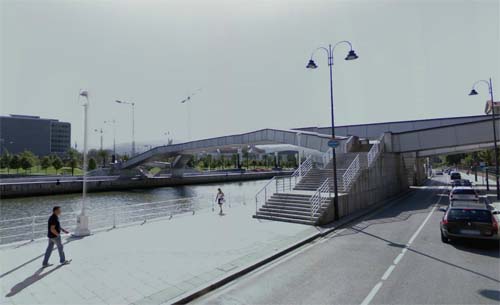 Bilbao is city in Spain, the capital of the province of Biscay in the autonomous community of the Basque Country. With a population of 353,187 as of 2010, it is the largest city of its autonomous community and the tenth largest in Spain. With roughly 1 million inhabitants, Bilbao lies within one of the most populous metropolitan areas in northern Spain.

Bilbao is situated in the north-central part of Spain, some 14 kilometres south of the Bay of Biscay, where the estuary of Bilbao is formed. Its main urban core is surrounded by two small mountain ranges with an average elevation of 400 metres.

Since its foundation in the early 14th century by Diego López V de Haro, head of the powerful Haro family, Bilbao was a commercial hub that enjoyed significant importance in the Green Spain, mainly thanks to its port activity based on the export of iron extracted from the Biscayan quarries. Throughout the nineteenth century and beginnings of the twentieth, Bilbao experienced heavy industrialization that made it the centre of the second industrialized region of Spain, behind Barcelona. This was joined by an extraordinary population explosion that prompted the annexation of several adjacent municipalities.

Nowadays, Bilbao is a vigorous service city that is experiencing an ongoing social, economic, and aesthetic revitalization process, started by the symbolic Bilbao Guggenheim Museum, and continued by infrastructure investments, such as the airport terminal, the rapid transit system, the tram line, the Alhóndiga, or the currently under development Abandoibarra and Zorrozaurre renewal projects.

From the pictured street, Universidades Hiribidea, you get a wonderful view on the Bilbao Guggenheim Museum.

On the picture, you’ll see the Pedro Arrupe zubia or Pedro Arrupe bridge. Built in honor of Father Pedro Arrupe next to the Guggenheim museum. Even though it was made ​​of steel, the inside is made of wood. It has the nickname Dragonfly Gateway. Ing. José Antonio Fernández Ordóñez designed the bridge and it was opened in March 2003. 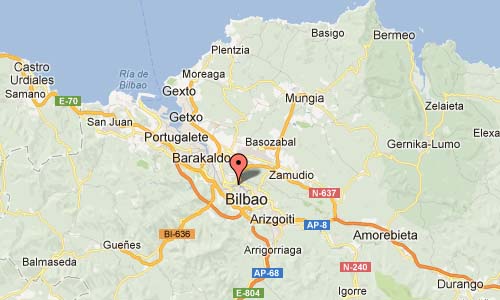 More information on en.wikipedia.org and
hitchhikershandbook.com.