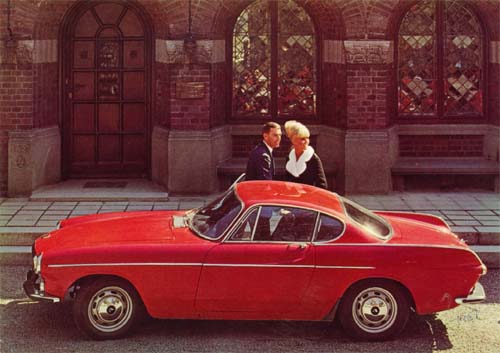 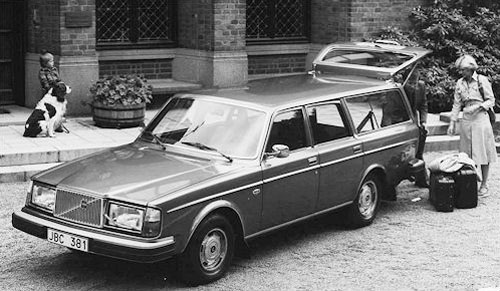 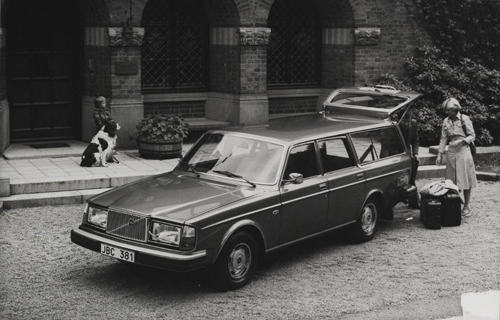 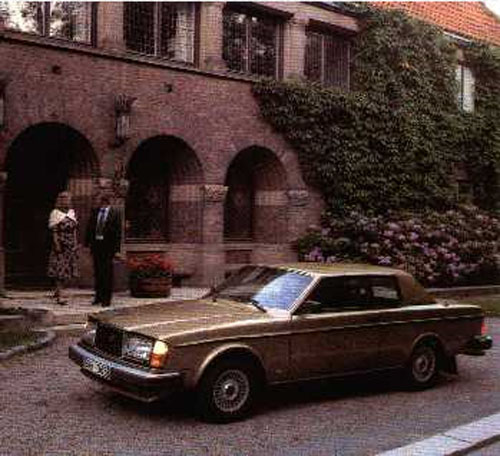 Lyckans väg is a street in Lorensbergs residential area in Göteborg. The villas and a terraced houses are almost all built between 1913 and 1925. All but three buildings have stone with brick facades, and all contained large dwellings to 400 square meters. They are built mainly in the National Romantic style but also 1920s classicism occurred. The villas are built with 2 to 3 floors and almost all have facades of red or maroon brick.

The city plan for this area was established in 1913 and was drafted by Albert Lilie Berg, who was the first city engineer in Göteborg. Lilie Berg assumed Camillo Sittes ideas on a topographical features and enclosed places.

The villas are built on an area behind Gotaplatsen, between Viktor Rydbergsgatan and Näckrosdammen, where the terrain is very hilly with level differences of up to 40 meters. By using hand made ​​bricks, granite and heavy walls in natural stone, it created a great affinity with the land and the local surroundings. The city plan also included some building rules regarding the height of buildings, the location and size adjusted.

The villa pictured above on the adress Lyckans väg 4, is called ‘Carlanderska villan’ designed by architects Arvid Bjerke & R. O. Swensson in 1913. Architect Arvid Bjerke is known from Göteborgs Konstmuseum 1919-1925 and Göteborgs Konsthall 1923 at Götaplatsen.

The villa was the private residence to SKF’s founder Axel Carlander. The family Carlander entered in 1914 the Carlanderska villa at Lyckans väg 4 in Lorensbergs residential area, designed by Arvid Bjerke.
Axel Carlander was also a member of the Board of Volvo AB between 1917 and 1926.

The villa had a gate in the garden during the Jubilee Exhibition in Göteborg in 1923, and was used to lead directly into the exhibition area, which was convenient both for family Carlander and for their royal guests who stayed with them. The villa was extended in 1930 and after Carlander wife passed away in 1961, the Hypoteksföreningen moved in.

Today, the building houses several appartments, and the street Lyckans väg is known at the most expensive street in Göteborg. 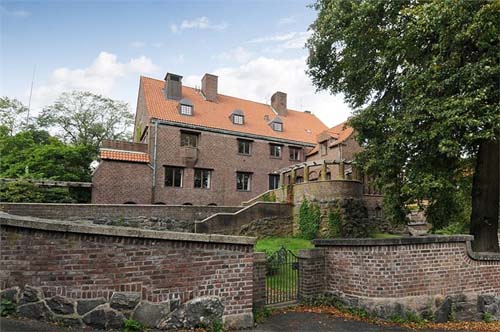 2012 – Private gardens on the backside of the house (Bjurfors) 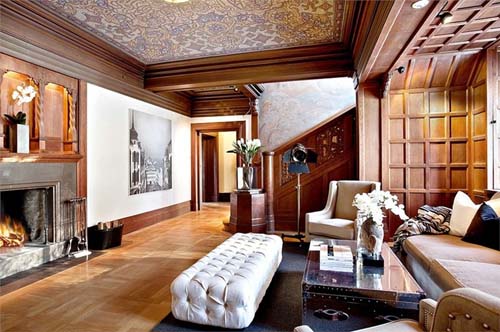 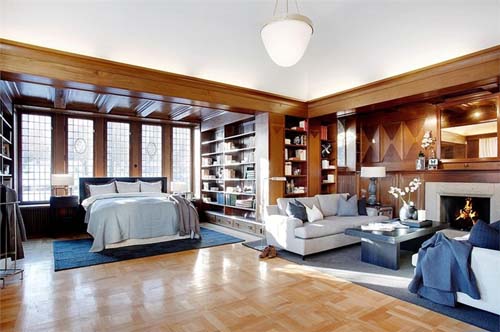 Brf Carlanderska villa was formed in 2011 and is located at Lyckans Route 4 in Gothenburg. The association’s property was acquired through demutualization in 2013 and consists of an apartment building on four floors with 6 apartments and 1 local. The property’s building was built in 1914 and renovated in 2012. 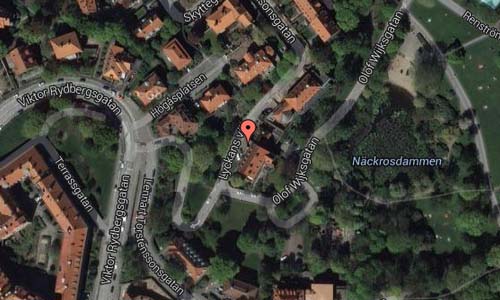