Ben Pon (9 December 1936 in Amersfoort, Netherlands) is a winemaker and former Olympian and motor racing driver from the Netherlands. He competed in one Formula One race, the 1962 Dutch Grand Prix, but had a far longer career in sports car racing, before turning his back on the track to concentrate on the wine trade. He also represented the Netherlands in clay pigeon shooting at the 1972 Summer Olympics, finishing 31st.

His father, Ben Pon, Sr., was an importer of Volkswagen Beetles into the United States, and is considered to be the “father” of the Volkswagen Type 2 due to his initial interest and input into the project.

Ben Pon was a personal friend of Formula One driver Carel Godin de Beaufort. It was de Beaufort’s own Ecurie Maarsbergen privateer team that provided a Porsche 787 for him to race at Zandvoort, in his home Grand Prix on 20 May 1962. He failed to finish the race due to an accident, which flipped his car over, throwing Pon out of the cockpit. In response, Pon vowed never again to race single-seaters, and in the years that followed he remained true to his word, while achieving many successes in sports car racing also driving a Porsche. Pon retired from professional sports car racing in 1965. 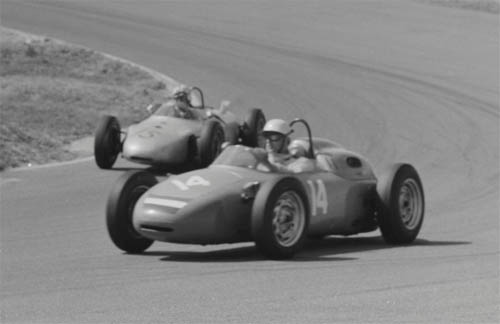 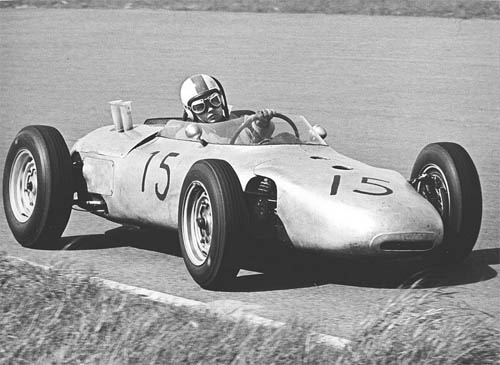 1962 – Ben Pon leaving the Tarzan bend in a Porsche during the Dutch Grand Prix on 20-05-1962. He retired during the second lap because of an accident

Since his retirement in the sports arena, Pon has turned his attention to the wine trade. He is now known for his Bernardus Winery in Carmel Valley, California, and owns the oldest wine negotiating business in the Netherlands. 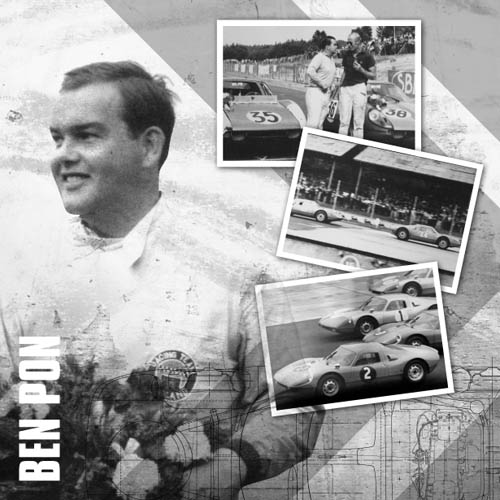 More information on Ben Pon and his winery at bernardus.com