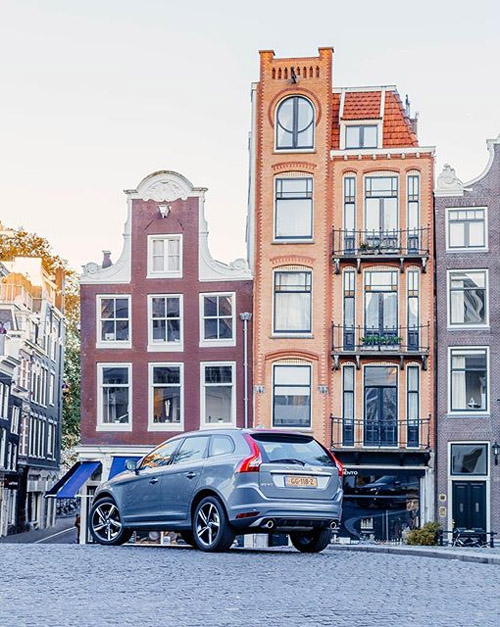 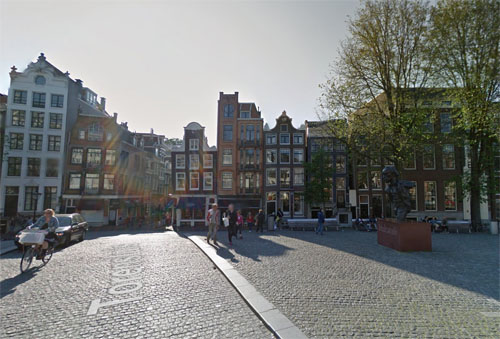 The Torensluis is a bridge at the Singel in Amsterdam, The Netherlands. It was built in 1648, an arched and exceptionally wide bridge across the Singel. Now covered by cosy café terraces and a bust of Dutch writer Multatuli, the Torensluis is the oldest remaining bridge in Amsterdam, and also the widest bridge in Amsterdam (42 meters). The Jan Roodepoortstoren tower stood on one end of the bridge but was torn down in 1829. However, the tower’s foundations remain part of the bridge. The entrance and barred windows of the tower’s dungeon are still visible. The bridge, also known as Brug 9, crosses the Singel near Dam square, at Oude Leliestraat.

The Singel is a canal in Amsterdam which encircled the city in the Middle Ages. It served as a moat around the city until 1585, when Amsterdam expanded beyond the Singel. The canal runs from the IJ bay, near Central Station, to the Muntplein square, where it meets the Amstel river. It is now the inner-most canal in Amsterdam’s semicircular ring of canals.

The canal should not be confused with the Singelgracht canal, which became the outer limit of the city during the Dutch Golden Age in the 17th Century. 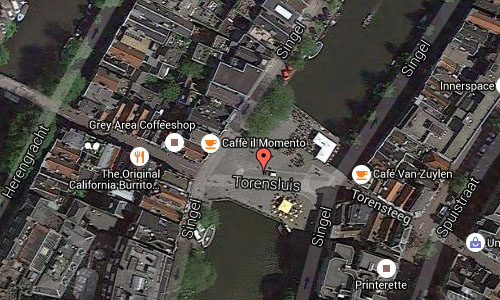 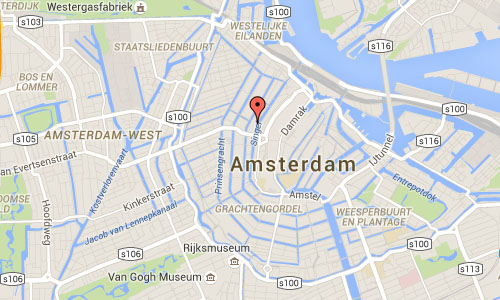