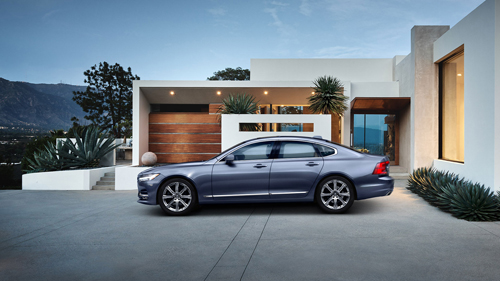 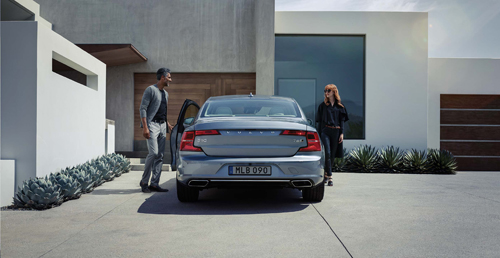 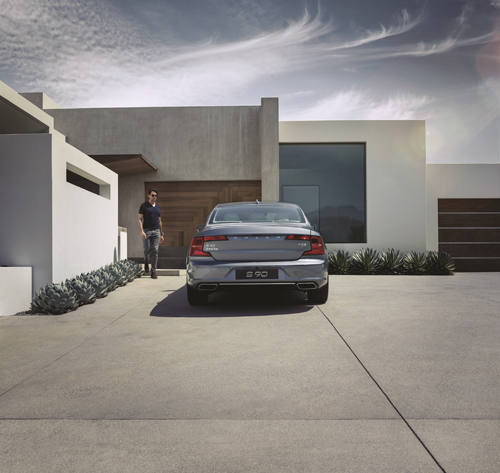 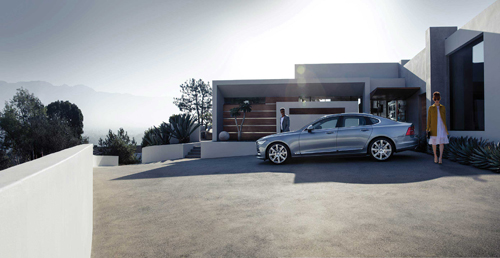 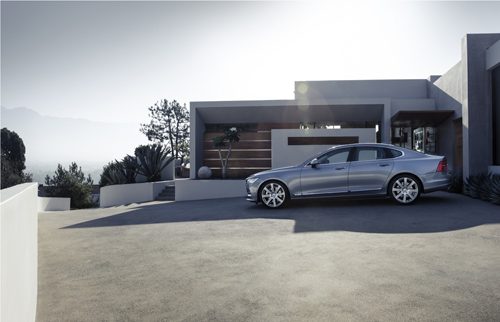 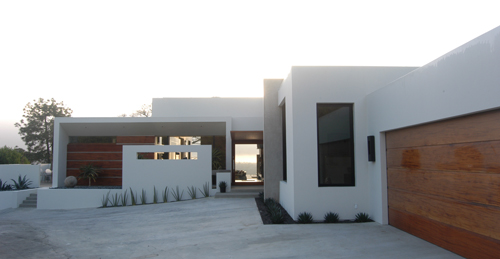 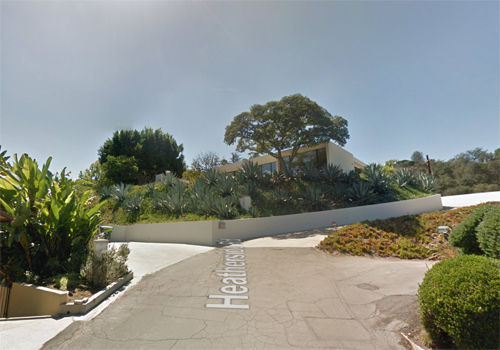 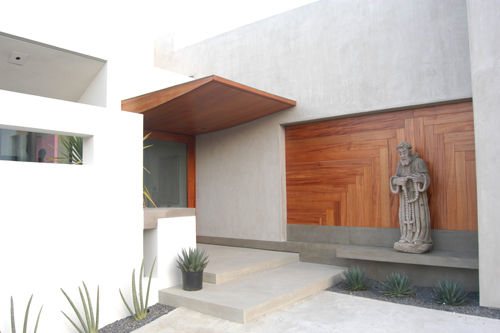 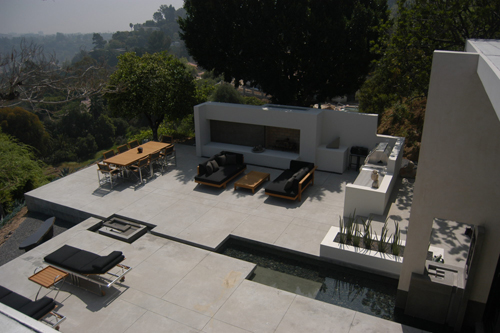 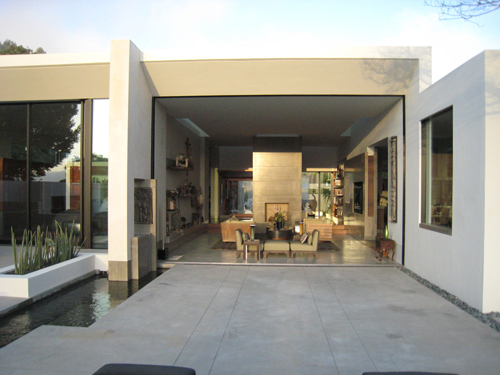 The Pasedena House is located on Heatherside Rd in Linda Vista in Pasadena, California, USA.

The Pasedena house is sitting on a hillside above the Rose Bowl, this home is aligned with the rising sun to the east. 14 foot tall glass walls slide open from the living room and master bedroom.
Home and interiors, including the design and fabrication of cabinets, concrete, and furniture were done by Eric Butler Design in 2009.

Linda Vista is a neighborhood in Pasadena, California. It is one of Pasadena’s wealthiest neighborhoods, and its largest by area. It is bordered by Oak Grove Drive to the north, Colorado Boulevard to the south, the Pasadena-Glendale border to the west, and Linda Vista Avenue to the east.

Linda Vista is built on a slope between the Arroyo Seco and the San Rafael Hills, and is home to the Annandale Golf Club and Art Center College of Design.

The current house is rebuilt in 2008 by Eric Butler Design, he has been responsible for both the interior and the exterior of the Pasadena House. 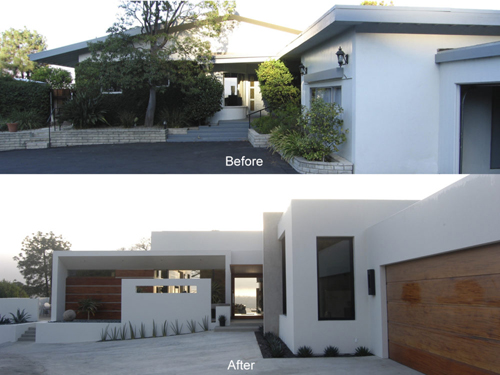 Eric Butler received his Bachelor of Architecture from Cal Poly, San Luis Obispo in 1991 and moved to Portland that same year. He and his wife, Michelle Smit, started their careers making studio furniture for craft galleries from Los Angeles to Seattle. As the projects grew in size the studio furniture work was replaced by architectural design and build projects including homes, remodels, and condominium interiors.

“Each project is an exploration of light, structure, space and craft. Our goal is to create contemporary and timeless work that meets the needs and aspirations of our clients. We’ve been able to achieve a very high level of detail and craft by fabricating all of our custom cabinetry, furniture, and concrete in house. All woodwork and precast concrete pieces shown on this site were designed and built at our 5000 square foot shop and showroom in Portland”. (from www.ericbutlerdesign.com/architecture-and-artistry/.) 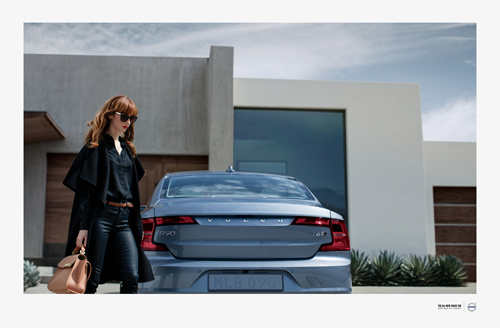 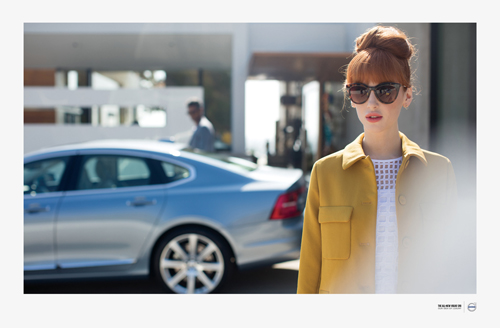 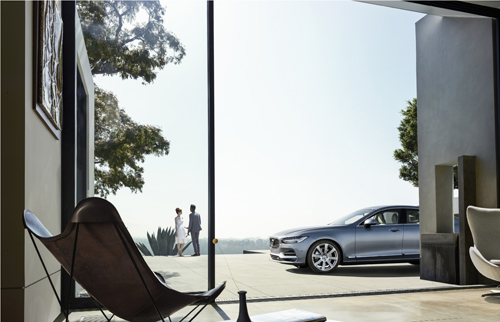 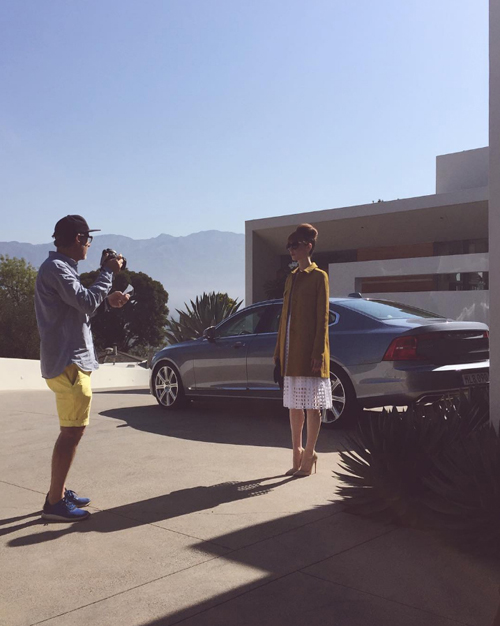 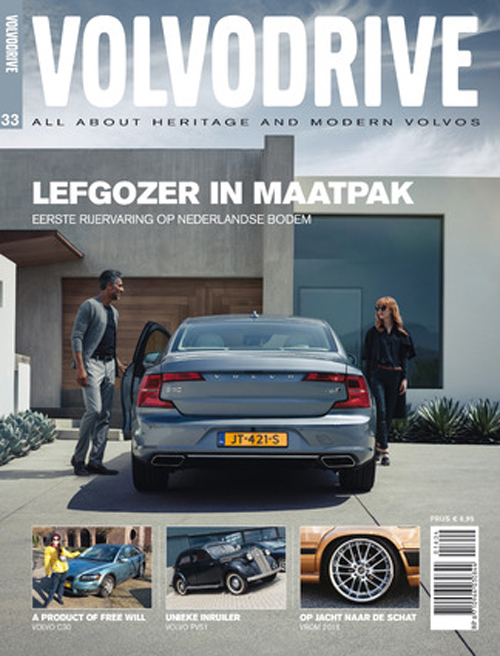 The city is known for hosting the annual Rose Bowl football game and Tournament of Roses parade. In addition, Pasadena is also home to many scientific and cultural institutions, including the California Institute of Technology (Caltech), the Jet Propulsion Laboratory, Pasadena City College, Fuller Theological Seminary, Art Center College of Design, the Pasadena Playhouse, the Norton Simon Museum and the USC Pacific Asia Museum.

Bungalow Heaven is a neighborhood of 800 small craftsman homes built from 1900 to 1930. Many of these homes are still occupied. Much of the area became a landmark district in 1989, and annual historic home tours have been conducted since that designation. Bungalow Heaven’s borders are Washington Boulevard to the north, Orange Grove Boulevard to the south, Mentor Avenue to the west, and Chester Avenue to the east. The neighborhood is usually extended to Lake Avenue to the west and Hill Avenue to the east. Famed architects Greene and Greene built several of their Japanese-inspired bungalows in Pasadena, including the Gamble House; the style of the homes in Bungalow Heaven show the effects of their success.

The maker of Wrigley’s chewing gum, William Wrigley Jr.’s, substantial home was offered to the city of Pasadena after Mrs. Wrigley’s death in 1958, under the condition that their home would be the Rose Parade’s permanent headquarters. The stately Tournament House stands today, and serves as the headquarters for the Tournament of Roses Parade. Adolphus Busch, co-founder of Anheuser-Busch, brewer of Budweiser beer, established the first of a series of Busch Gardens in Pasadena. When Busch died at his Pasadena estate, his wife generously offered the property to the City of Pasadena, an offer the city inexplicably refused. Henry Markham, who lived adjacent to Busch, was the 18th Governor of the state of California (1891–1895) and wrote Pasadena: Its Early Years.

The home of David Gamble, son of consumer product maker James Gamble of Procter & Gamble, is located on the north end of Orange Grove Boulevard. The Gamble House, an American Craftsman masterpiece, was built in 1908, by architects Charles and Henry Greene, as an exemplification of their ultimate bungalow. It is open to the public as both an architectural conservancy and museum. In 1966, it was deeded to the city of Pasadena in a mutual agreement with the University of Southern California School of Architecture. Every year, two fifth-year USC architecture students live in the house full-time. The students change yearly. 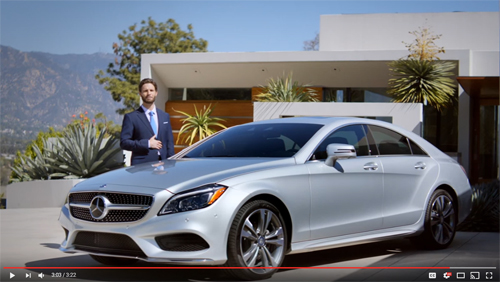 The home of Anna Bissell McCay, daughter of carpet sweeper magnate Melville Bissell, is a four-story Victorian home, on the border of South Pasadena. Today the Bissell House is a bed and breakfast. Thaddeus S. C. Lowe’s home of 24,000 square feet (2,200 m2) was on South Orange Grove. The house included a sixth story solarium which he converted into an observatory. Lowe was also a generous patron of the astronomical sciences. He started a water-gas company, founded the Citizens Bank of Los Angeles, built numerous ice plants, and purchased a Pasadena opera house. He also established the Mount Lowe Railway in the mountains above Pasadena and eventually lost his fortune.[90] The brilliant, but troubled, rocket scientist John Whiteside Parsons sometimes shared his residence with other noteworthy people, including L. Ron Hubbard, the founder of Scientology. Parsons died in an explosion while testing a new rocket fuel in his Pasadena home laboratory, in 1952. 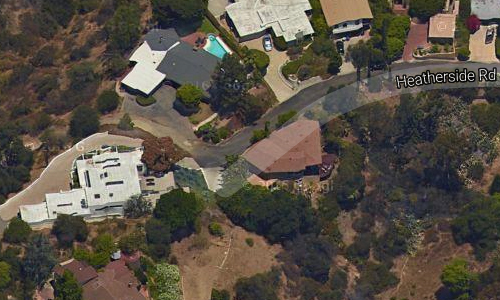 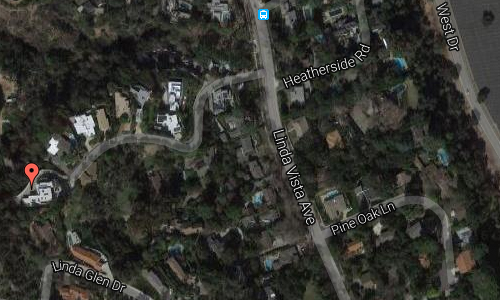 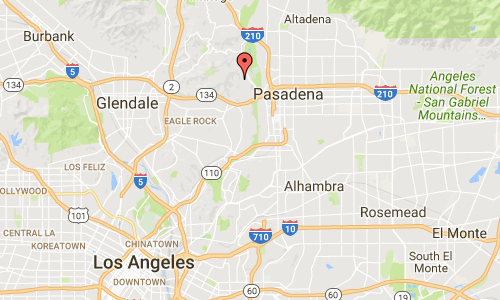