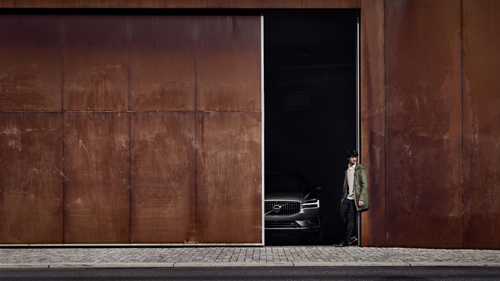 2017 – Volvo XC60, photo from the sneak-preview, at Göteborg Energi on Esperantoplatsen in Göteborg

2017 – Volvo XC60 at Göteborg Energi on Esperantoplatsen in Göteborg

Rosenlundsverket is a powerplant, owned by Göteborg Energy and is located at Esperantoplatsen in Göteborg.

Where the power plant, named Rosenlundsverket, is located today, Spårvägen built a power generation plant in 1902. In the years 1907-1908 a new power station was built, which was fueled with coal. However, this station was only a very small part of Göteborgs electricity needs. Most of it came from Trollhättan’s hydroelectric power station after this was completed in 1910. The Rosenlund plant was then a purely reserve power plant.

In the early 1950s, a new plant was built at Rosenlund, an oil-fired CHP plant that would also produce district heating. The new district heating plant was commissioned in 1954. During the 1960s and 1970s, four new hot water boilers were installed and the plant was built in the 1980s to be largely fired with natural gas. The natural gas ignition was started in 1988. In the 1980s, flue gas cleaning was also installed. The owner of the work is the city-owned company Göteborg Energi AB.

Rosenlundsverket’s production capacity today is 662 MW of heat and 36 MW of electricity, calculated as delivered heat and power output. For combined heat and power production, ie electricity and heat production, there are two boilers. Together, the boilers have a maximum power of 87 MW of heat and 36 MW of electricity. With flue gas condensation the heat output increases approximately 15 MW. Steam boilers are designed to be fired with natural gas. Separate flue gas ducts come from each steam boiler to the mouth of a common chimney, the smaller of the two chimneys on the plant.