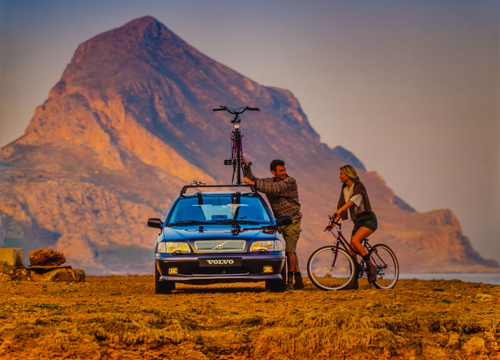 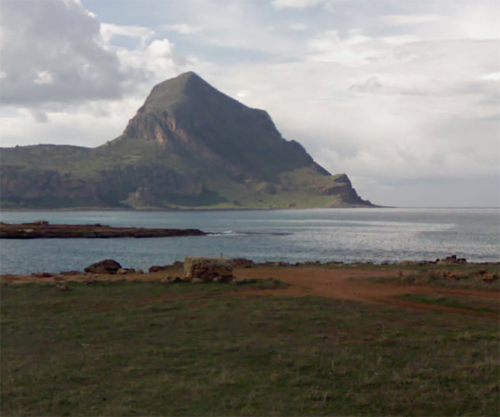 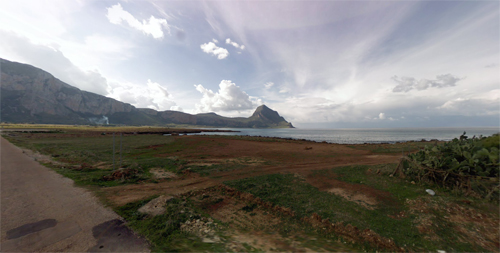 From this place at the north west side of Sicily, you have a great view on Monte Cofano, which ids located in Riserva Naturale Orientata Monte Cofano.

The Monte Cofano Oriented Nature Reserve is a protected natural area of Sicily, established by decree dated 07/25/1997 by the Sicilian Regional Authority “Territory and Environment” and managed by the Sicilian State Forestry Authority. 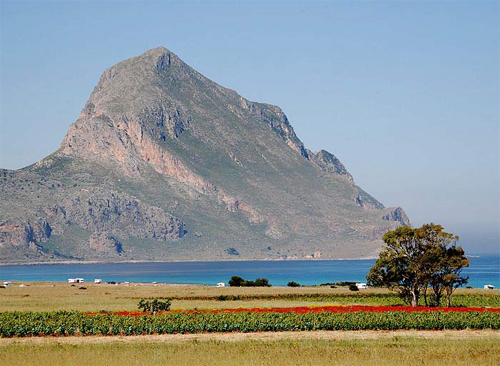 Monte Cofano is a mountainous limestone promontory, with a characteristic triangular shape overlooking the sea, which reaches a height of 659 m. It is located on the coast of the province of Trapani , at the eastern end of the Gulf of Bonagia.
It is included in the municipality of Custonaci, along the coast that from Trapani leads to San Vito Lo Capo. The area of ​​the Reserve extends for 537.5 hectares, of which 325.5 are zone A and 185 area B or pre-reserve. In this area there is a small seasonal wetland, a torrential gorge (Gole di Cipollazzo) and numerous karat phenomena related to the remodeling of the limestone by water, both on the surface (dolines and swallow holes) and in depth (caves).

Mount Cofano is a mountain in the province of Trapani, in Sicily. It divides the Gulf of Bonagia from the Gulf of Macari, and is included in the Natural Reserve of Mount Cofano. 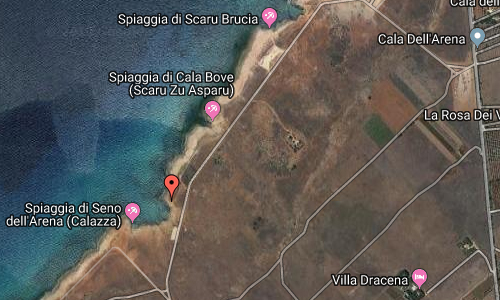 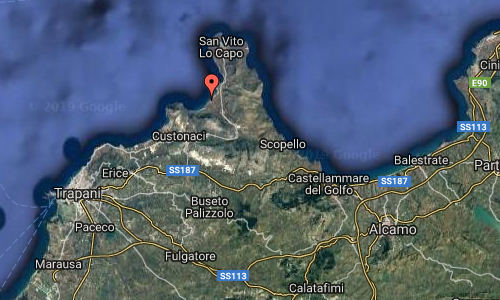 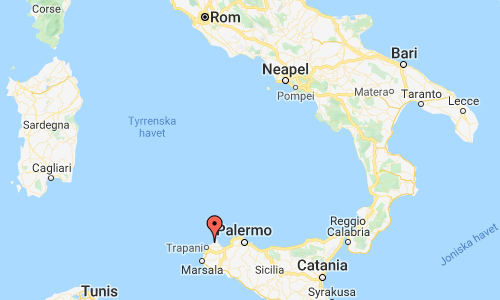 More information at it.wikipedia.org and ancient.eu.