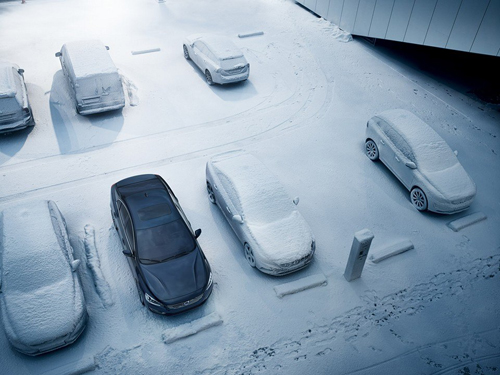 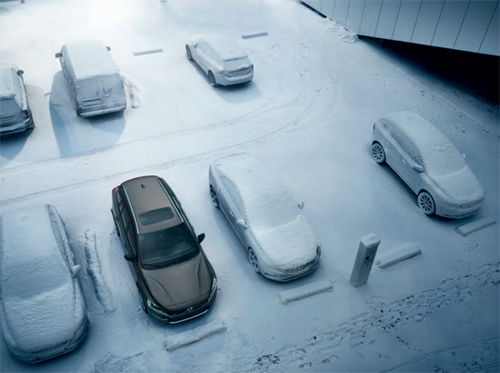 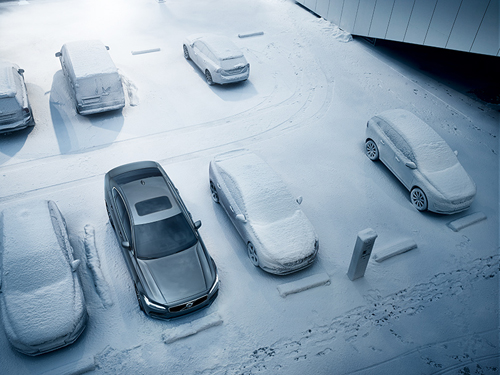 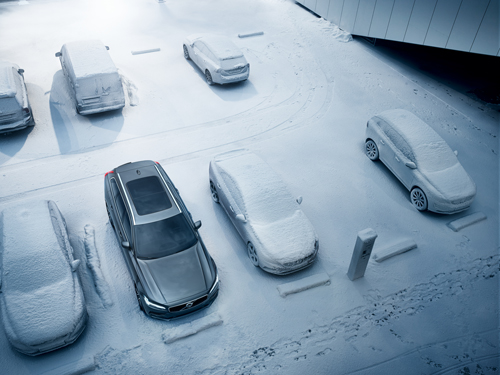 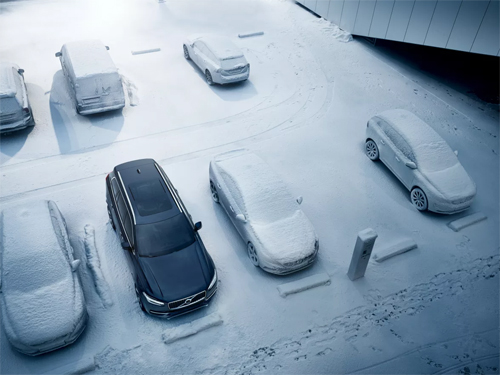 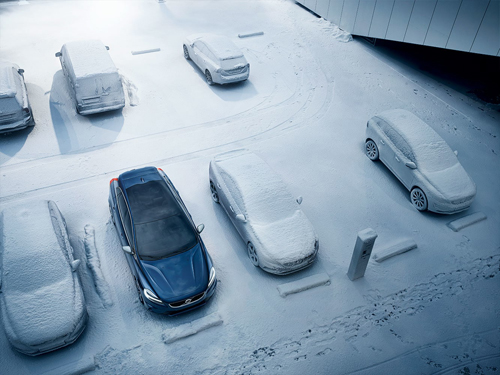 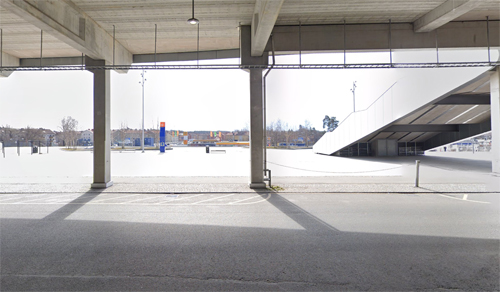 Svenne Berkas Torg is located at the Tele2 Arena in Johanneshov Stockholm.

Svenne Berkas Torg was named after Sven Olof Lennart Bergqvist (aka Svenne Berkas). He was a Swedish bandy, ice hockey and football player, known for representing Hammarby IF in all three sports. 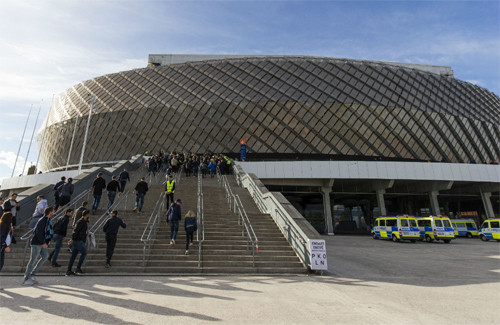 Sven Bergqvist grew up in a working class home in a southern part of Stockholm known as Södermalm. He had several siblings and frequently acted as a ball boy during the football matches of the local club Hammarby IF during his youth. At the age of 14, in 1928, he begun his football career at said club.

In 1932, at the age of 17, he debuted in Hammarby’s senior football team. Bergqvist would stay as the team’s regular goalkeeper up until 1934, playing in the Swedish second tier then known as Division 2.

He enjoyed a short stint at the Allsvenskan club AIK, one of Hammarby’s main rivals, during the season of 1935. But Bergqvist failed to make a single appearance for the club and soon returned to Hammarby, reportedly turning down a move abroad to then French giants Racing Club de Paris, that would have turned Bergqvist into the first professional Swedish footballer. 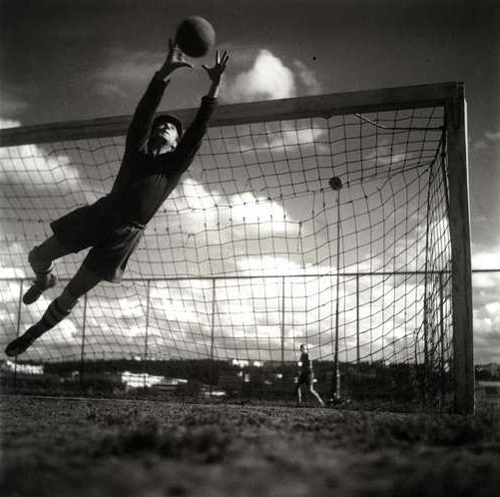 “Svenne Berka” would then remain as a prolific player at Hammarby until 1947. During this period he was a part of a successful promotion campaign to Allsvenskan in 1939. Between 1944 and 1946, he also acted as a player-manager of Hammarby.[1] Bergqvist made a total of 212 competitive appearances during his two stints at the club.

He also won 35 caps for the Swedish national football team between 1935 and 1943.[4] In his second cap, on 30 June 1935, Sweden defeated Germany in a memorable victory. Bergqvist played his only major international tournament for his country in the 1936 Berlin Summer Olympics.

His nickname “Svenne Berka” originated from the supporters of Hammarby, who shortened his full name in accordance to the then reigning Stockholm dialect. But the nickname became nationally household when the popular recording artist Alice Babs referred to Bergqvist as “Svenne Berka” in the song “Vårat gäng” during the 1940s. Bergqvist was also characterized as always wearing an own sewn cap on the pitch, which inspired a long lasting fashion trend among male youngsters living in Södermalm.

In 2004, he was voted as Hammarby Fotboll’s fifth biggest profile throughout the history of the club. He is also a recipient of the honorary award “Big boy”, which is handed out by the Swedish Football Association.

Bergqvist was also a prominent ice hockey defender, debuting for Hammarby Hockey in 1932, also aged 17. He would play 13 seasons for the club in the Swedish top division, with Hammarby being crowned champions on five occasions during his tenures: in 1933, 1937, 1942, 1943 and 1945.

He represented AIK during one season in 1935/36, before returning to Hammarby. In total, he made 209 appearances for Hammarby, scoring 63 goals.

After his playing career, he made one season as the manager of Hammarby Hockey in 1946.[10] He also coached the Swedish national ice hockey team during the 1948 St. Moritz Winter Olympics, where the team finished in fourth place.

In 1999, Sven Bergqvist was inducted in the International Hockey Hall of Fame. He is a recipient of the honorary award “Big boy”, which is handed out by Swedish Ice Hockey Association. Only two persons have been awarded the badge in both ice hockey and football, Bergqvist and Hans “Tjalle” Mild.

At the early age of 16, in 1931, he made his debut as a bandy goalie in Hammarby Bandy’s senior team. He played another four seasons in the highest Swedish division before quitting. He also represented the Swedish national team.

Bergqvist was also a talented sportsman in handball, playing one game in the highest Swedish division – though not for Hammarby IF, but SoIK Hellas. He was offered to represent the Swedish national team in the sport of field handball ahead of the 1936 Summer Olympics, but chose to decline.

During his whole active athletic career an onwards, Bergqvist worked full-time as a salesman. On 3 December 1955, he was severely injured in an automobile accident and spent the rest of his life in a wheelchair. Bergqvist was a close friend of fellow Hammarby and Swedish national player Lennart Skoglund, who visited him in the hospital after the incident.

Bergqvist’s injuries however did not stop him from continuing to exercise sport at an elite level. He took up archery and was chosen to represent Sweden at the 1960 Summer Paralympics in Rome, but had to decline due to financial reasons, since he would have had to pay all expenses himself.

Sven Bergqvist died on 16 December 1996, at the age of 82. He was buried at the cemetery of Katarina Church, close to his childhood home at Södermalm in Stockholm.

Upon the construction of the Tele2 Arena, Hammarby Fotboll’s new home stadium, Bergqvist was honored with a nearby square being named after him. “Svenne Berkas torg” in Johanneshov was subsequently opened in July 2013.

“Svenne Berka” as well competed in the highest Swedish bowling division for the club IK City.

Tele2 Arena is a retractable roof multi-purpose stadium in Stockholm Globe City, Johanneshov, just south of Stockholm City Centre, Sweden. It is used mostly for concerts and football matches, hosting the home matches of Allsvenskan teams Djurgårdens IF and Hammarby IF. The arena has a capacity of 30,000 to 35,000 spectators for football matches, depending on the number of people standing, and its facilities fulfill the requirements of FIFA and UEFA for hosting international games and tournaments. When configured for concerts, the arena has a capacity of 45,000. 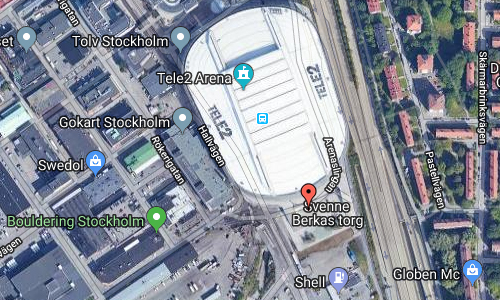 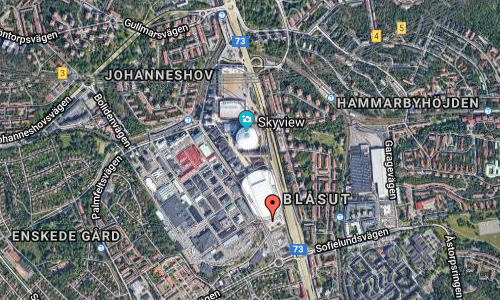 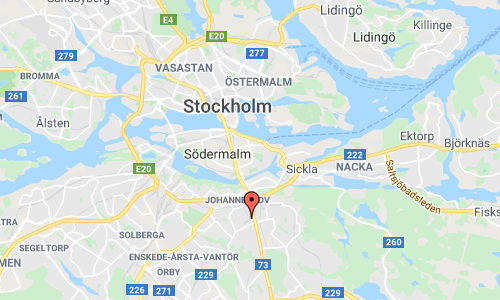