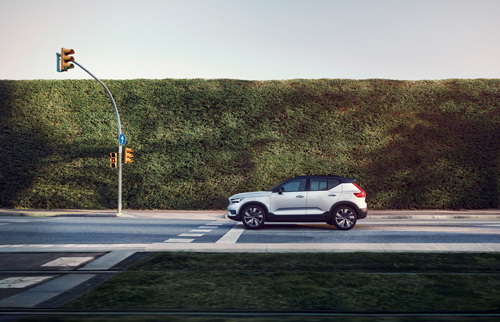 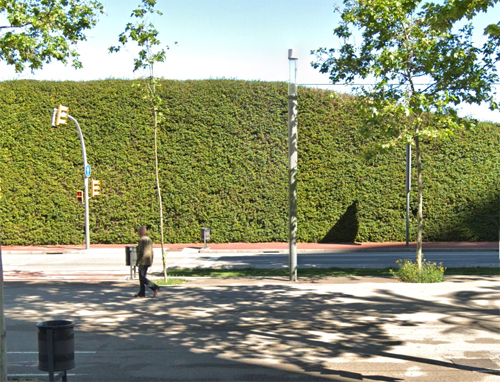 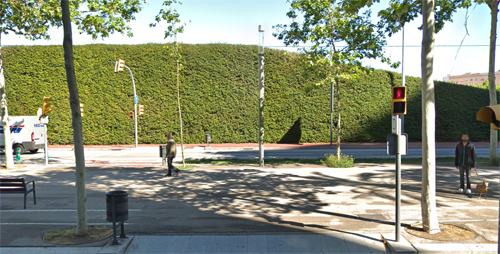 The park of the Poblenou Center is located in the Sant Martí district of Barcelona, in the Provençals del Poblenou district, which gives it its name. It is in the so-called District 22 @, an area dedicated to the new economic and technological sectors aimed at development and innovation. It was created in 2008 with a project by the French architect Jean Nouvel, author of the Torre Agbar skyscraper in the Plaza de las Glorias Catalanas, very close to this park.

The park has a triangular shape, in the space formed by Diagonal Avenue and the streets of Bac de Roda and Marroc, within which it is divided into three areas formed by the intersection of the streets of Bilbao and Espronceda —transversally— and that of Cristóbal de Moura – lengthwise. The park area is completely fenced by high concrete walls covered with climbing plants, which isolate it from the surrounding noise, since Diagonal Avenue has a high traffic density. These walls regularly have circular windows decorated with silhouettes of birds, and the access doors to the park are openwork grilles shaped like birds. It should be noted that the entrance arch of these doors is inspired by the one designed by Antoni Gaudí for access to Finca Miralles, in Sarrià. 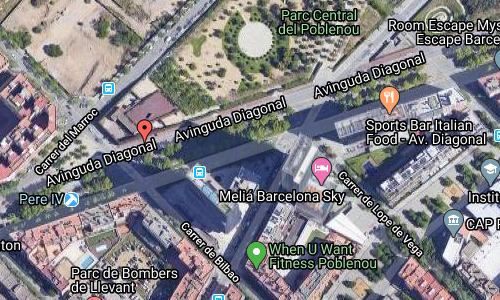 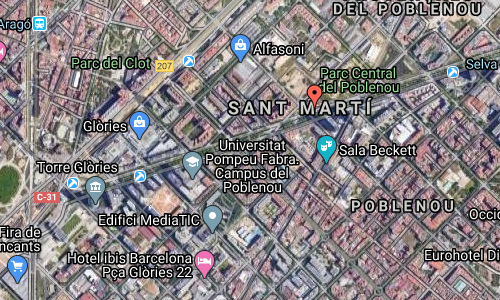 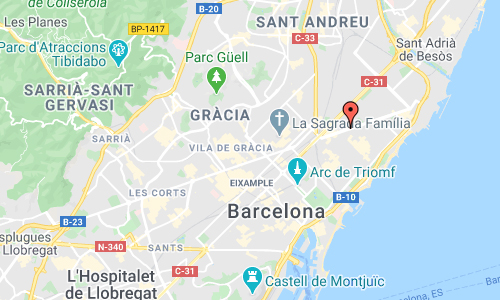